Saving the homeless: How stray animals struggle to find homes amid pandemic

MANILA, Philippines – Financial woes, shelter capacity restrictions, and insufficient legislations on animal welfare are among the struggles experienced by animal rescue service Strays Worth Saving (SWS), especially amid the pandemic.

The SWS, a non-government organization that first started rescuing animals in late 2019, built its shelter in Tanauan, Batangas, where they currently house 200 dogs and about a dozen cats.

However, SWS founder and president Melanie Ramirez lamented the still unbalanced rescue-to-adoption ratio in their shelter. 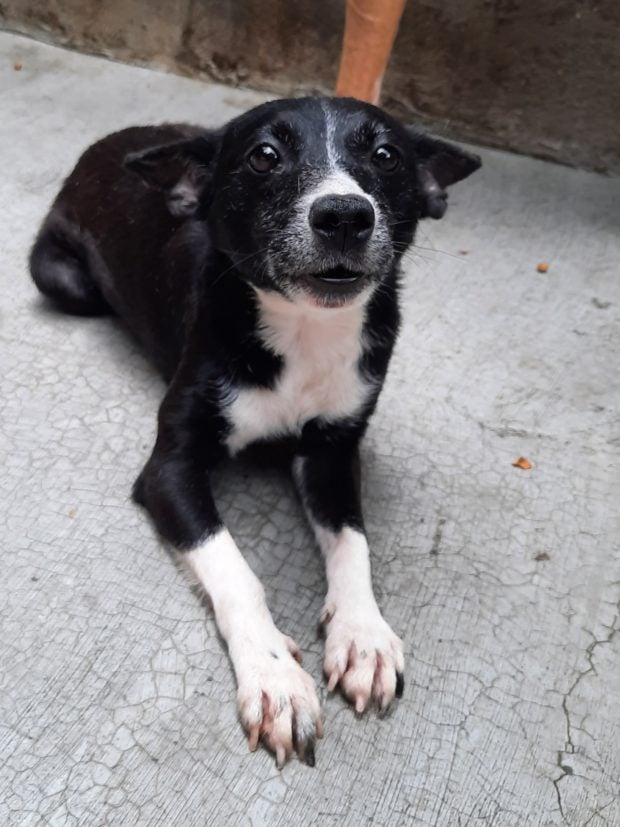 “We only have a 10-percent adoption rate. We rescue a lot on a daily basis. But the adoption rate is very slow. This is mainly because of our strict screening. Since we invest in effort, time, and money, we make sure that they will have a good life with their adopters,” she told INQUIRER.net over the phone on Monday.

Due to this, Ramirez said the organization was forced to restrict rescue operations until they were certain that the animals would be adopted.

“We’ve stopped rescuing unless there are adopters. Right now, it’s full. It wouldn’t be responsible if we add more to them, so whenever there’s a request for a rescue, we tell them that we can only rescue if there are adopters. If not, we cannot rescue anymore,” she added.

Aside from reaching full capacity in their shelter and limiting their rescue operations, Ramirez said the SWS is also struggling to keep afloat especially during the pandemic due to financial woes.

“We operate on donations, so of course, fewer donations when people are also having a hard time. When they go straight to the [veterinarian], they need procedures and surgeries that cost a lot. Who will donate to you if people are being affected by the pandemic right now? Of course, their priority would be themselves and their families. They will prioritize that over donating for animals, so that’s our current dilemma,” she said. 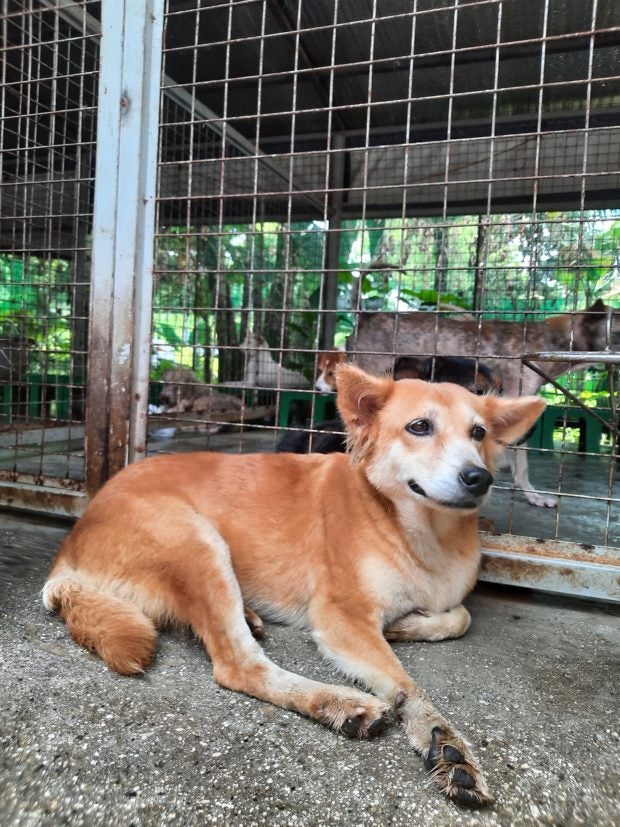 Ramirez bared that the veterinary care for the rescued animals under the organization’s protection amounts to at least P1 million every month.

“And that’s just for the vet, I’m also operating a shelter. I cover the expenses when the donations are not enough,” she noted.

Ramirez then pointed out that the current legislation on animal welfare in the country still fails to hold accountable irresponsible pet owners and groups who do illegal acts toward animals, especially strays.

While the Animal Welfare Act of 1998 exists to protect and promote the physical and psychological safety of animals in the country, Ramirez sounded the alarm over its lax in terms of implementation.

“The worst is that we have a very lenient law on animal welfare, so hindi sila napaparusahan and it just keeps repeating,” she said.

(The worst is that we have a very lenient law on animal welfare, so they don’t get penalized for their wrongdoings, and it just keeps happening again.) 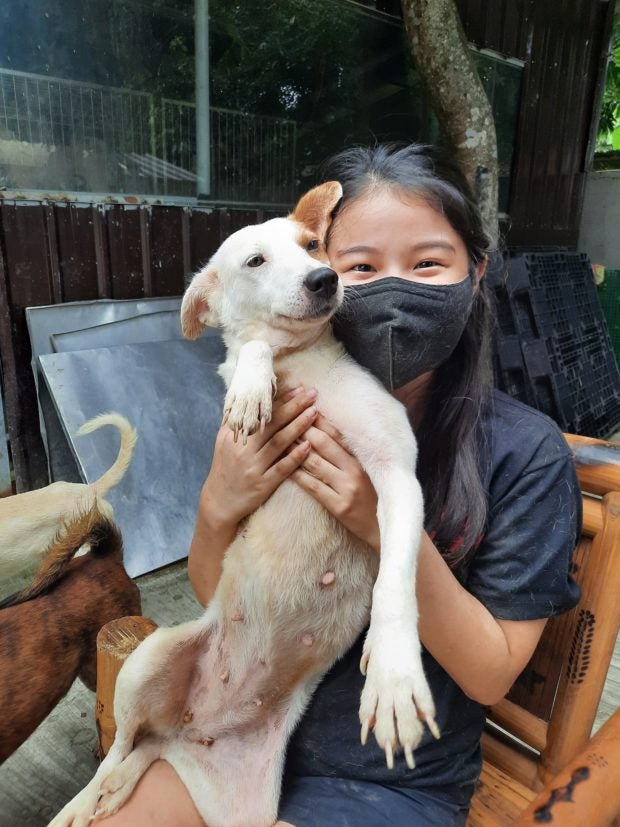 Ramirez spelled out the important role of social media in bringing their advocacy and mission to a wider audience.

Ramirez also noted that social media significantly boosted the public’s interest in the plight of rescued animals during the pandemic.

But according to her, it also paved the way for scammers to thrive.

“They pretend na may kailangan i-rescue and ask for money. So we’re now very careful,” she said.

(They pretend that an animal needs to be rescued, so they ask for money. So we’re now very careful.) 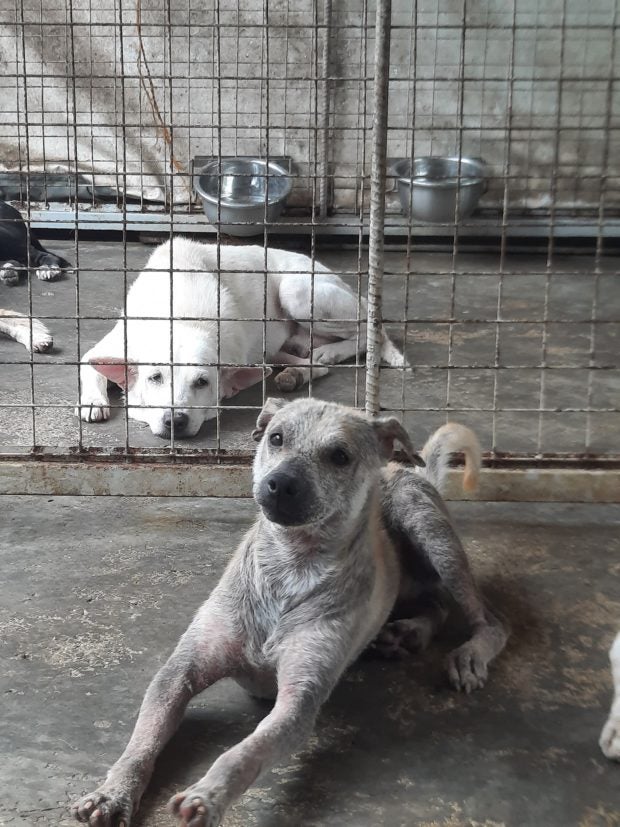 Aside from running after scammers who use animal rescue as a disguise to take money from others, Ramirez said they also file cases against animal abusers, which is piled on top of their towering expenses. 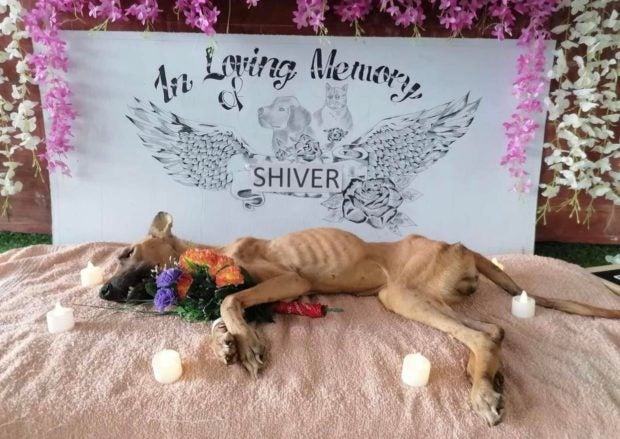 “Naiiyak tuloy ako. It is very fulfilling to see them improving, but at the same time, ang daming namamatay and that stresses you out. Nagkakaso rin kami sa abusers. Whenever there’s a rescued animal na namatay, especially when you have high hopes na-save mo na, it’s very stressful,” she said.

(This is making me cry. It is very fulfilling to see them improving, but at the same time, many of the rescued animals still die, which stresses you out. We also file cases against animal abusers. And it’s very stressful whenever there’s a rescued animal who succumbs, especially when you have high hopes that you’ve already saved them.)

No pets left behind: Here’s why adopting can make a huge difference