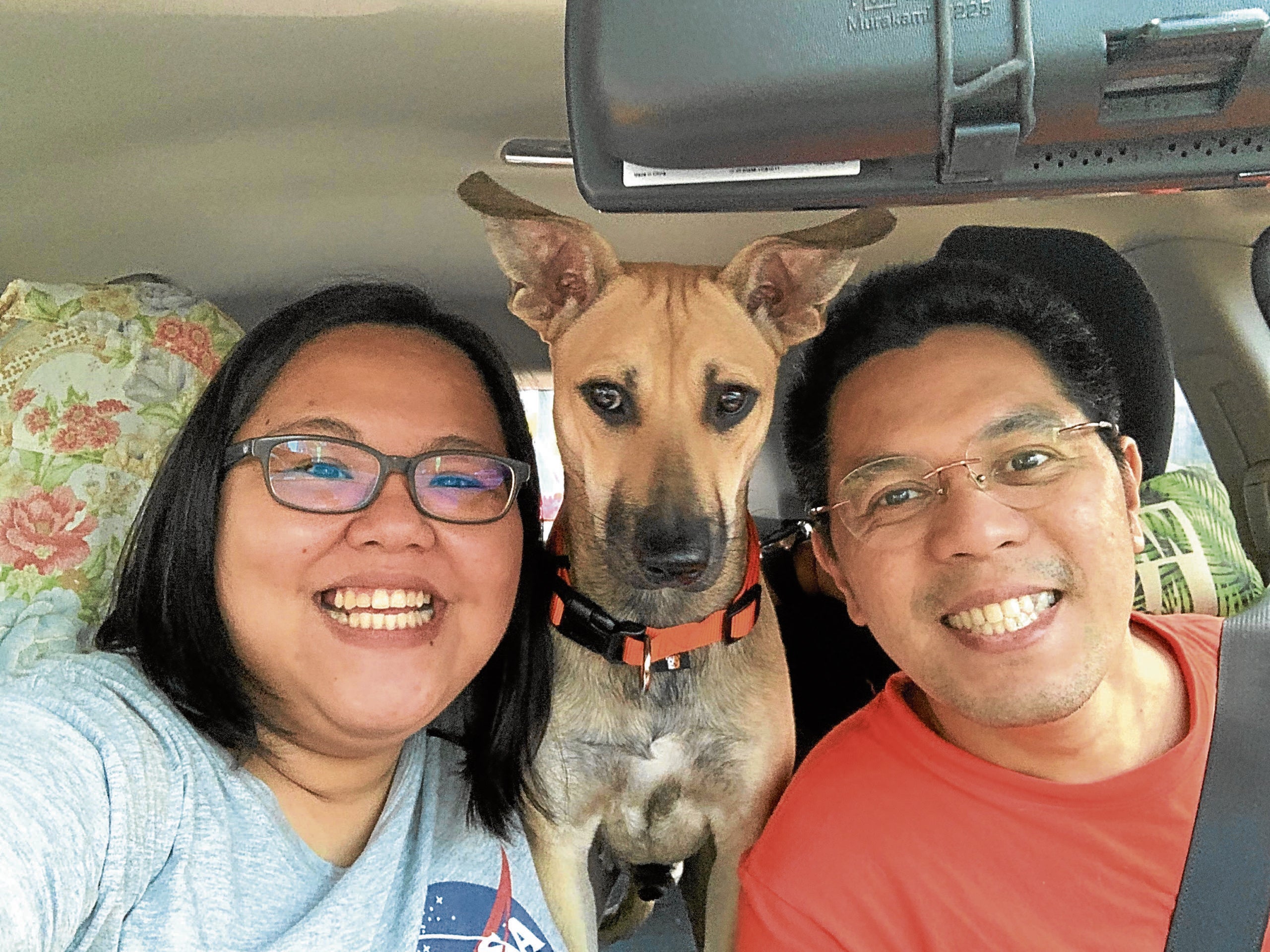 NEW FAM Enrique, enjoying a ride with his new human family, has come a long way since being saved from the Taal Volcano eruption 11 months ago.—CONTRIBUTED PHOTO

When Taal Volcano roared to life on Jan. 12 and blanketed the island that bears its name in ash, some 200 animals were rescued by members of the international animal rights group People for the Ethical Treatment of Animals (Peta).

Among them was Enrique, a black-and-tan puppy that is now a happy and thriving member of the Pimentel family in Pateros, Metro Manila. “We weren’t looking for a pet to adopt,” said Faith Pimentel. “But I’m subscribed to Peta’s newsletter, and I saw a call for foster homes, so we signed up.”

Pimentel committed to only a few weeks of fostering. But Peta asked for extensions, and eventually, she expressed interest in adopting Enrique. “It was supposed to be temporary, but he was such a tiny puppy, sickly due to the ash,” Pimentel recalled. “We brought him to the vet and he was given antibiotics. Then we kind of fell in love with him.”

As of the first week of December, 150 of the 200 animals rescued by Peta from Taal Volcano Island in January-February have been adopted, and the rest reintroduced to the wild after treatment, according to Ashley Fruno, Peta Asia director of animal assistance programs.

While most of the rescued animals were cats and dogs, Peta was also able to rescue and “rehome” 19 ducks, 8 chickens, and 2 pigs, along with a number of horses.

“Some were reunited with their owners, but the biggest challenge is that up to this day, some pet owners are still living in evacuation centers,” Fruno said. “That’s the primary reason they can’t claim their pets. It’s heartbreaking but understandable.” Weeks after Taal’s eruption, the government announced the beginning of one of the strictest lockdowns in the world in an effort to control the transmission of the new coronavirus that causes COVID-19.

This made the normally straightforward, if strict, adoption and fostering process for the animals rescued from Taal more difficult for Peta, Fruno said.

“The pandemic really changed how we did things. Before, we would have an initial phone interview and a home check,” she said, adding that the pandemic strained the group’s logistics: They were paralyzed by the absence of public transportation in the initial weeks of the lockdown.

Fruno recalled that to bring a dog to a new foster home, she once had to walk 3 kilometers carrying the dog and 20 kilograms of its food.

“We had to start doing virtual home checks. We’re still quite strict, but we have learned to adapt,” she said, adding that the pandemic and lockdown brought some unexpected benefits as well.

She said the enhanced community quarantine meant more people working from home, which allowed adopters and foster parents to look after their new charges more closely.

Pimentel agreed that her work-from-home setup allowed her to better monitor her new pet, who is still suffering some aftereffects of exposure to the volcanic eruption.

“Enrique’s very active now, [but when he first came to us] he was sickly and shy. He was coughing hard, had an infection, and we were worried that he was too thin,” she said. But because she was working from home, Pimentel said, she was able to keep a close eye on Enrique, who can now keep up with his three “fursiblings.” Fruno said that like Enrique, the other animals rescued by Peta suffered from many health problems, including shock and respiratory distress. Some dogs also took a while to adjust to city life and refused to eat dog food.

“A few animals were in a very bad state when they were rescued,” she said. “It was a high-stress situation. A lot died from shock, some were trapped under collapsed roofs. Some had mange, intestinal parasites, eye conditions caused by the ash, and respiratory issues.”

Tina, another dog rescued from Taal, is startled by loud noises like thunder or the sound made by motorcycles, said her adopter, Kirsty Rowan Marcus.

“We built her confidence over time and now she is fine and doesn’t react even when we are on a walk,” Marcus said.

Like Pimentel, Marcus was initially only supposed to foster Tina. “We grew very attached to Tina and decided to complete the formal adoption process,” she said.

Adopting animals has been a “rewarding” experience for both Marcus and Pimentel.

“Opening your home to an adopted dog, knowing you have given a dog a home, is so rewarding. They are so grateful and give so much love in return,” Marcus said.