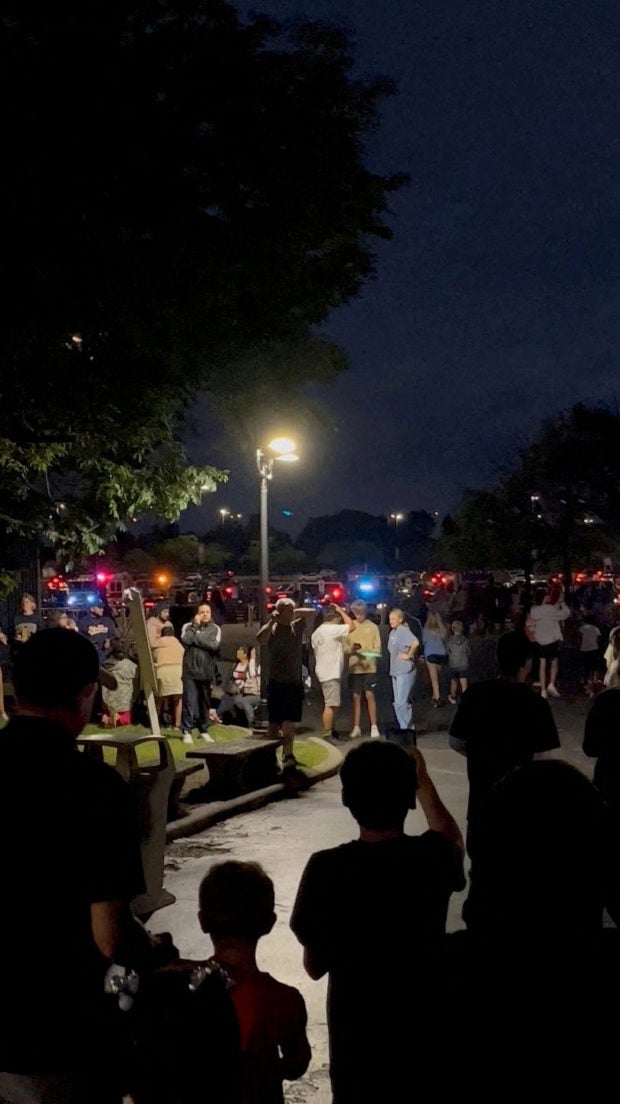 People walk towards emergency vehicles after a shooting at the Six Flags Great America amusement park in Gurnee, Illinois, U.S., August 14, 2022, in this screengrab obtained from a social media video. Jack/via REUTERS

Two victims were transported to the area medical center with non-life-threatening injuries after the shooting at the theme park, while the third victim declined transport to the hospital, the police department said in a statement.

“The shooting this evening was not a random act, and appeared to be a targeted incident that occurred outside the park,” the statement said.

Based on the initial investigation, police said suspects in a white sedan entered the Six Flags parking lot, exited the vehicle and began shooting toward another individual, and then got back in the vehicle and quickly left the area. 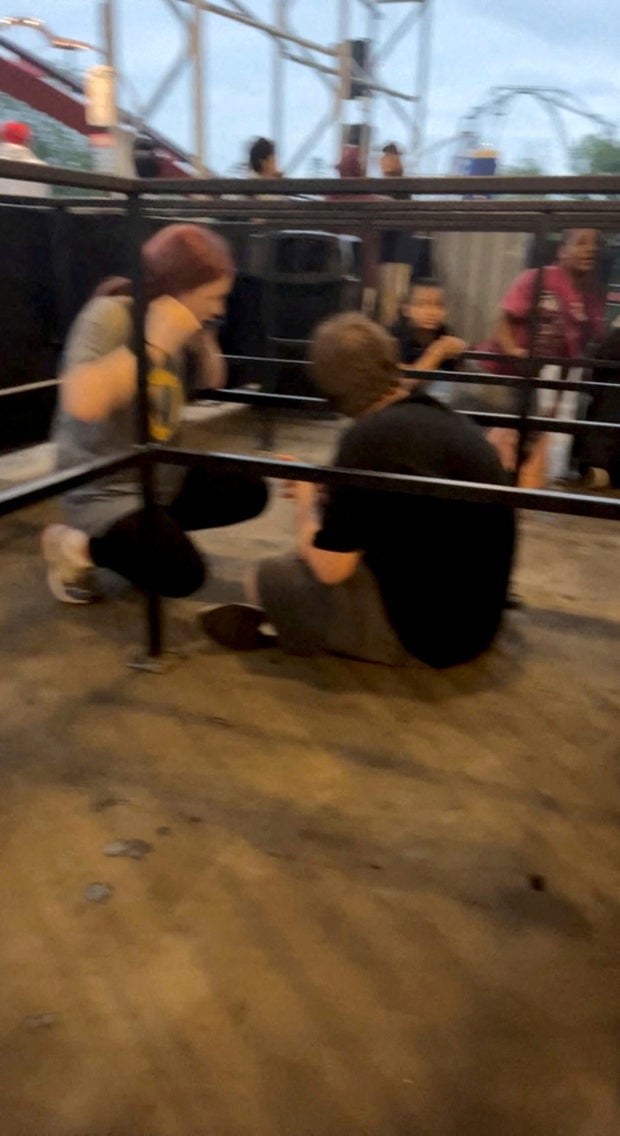 People crouch behind barricades after a shooting at the Six Flags Great America amusement park in Gurnee, Illinois, U.S., August 14, 2022, in this screengrab obtained from a social media video. Jack/via REUTERS

The Northern Illinois Police Alarm System (NIPAS) is currently assisting with clearing the theme park of guests and staff, the department said, adding that the incident remains under investigation.

Six Flags Great America describes itself on its website as a 300-acre (121-hectare) theme park between Chicago and Milwaukee with 17 roller coasters, entertainment and three themed areas for children.

Gurnee is also about 15 miles (24 km) north of Highland Park, the Chicago suburb where a shooter opened fire on a Fourth of July holiday parade, killing seven people.