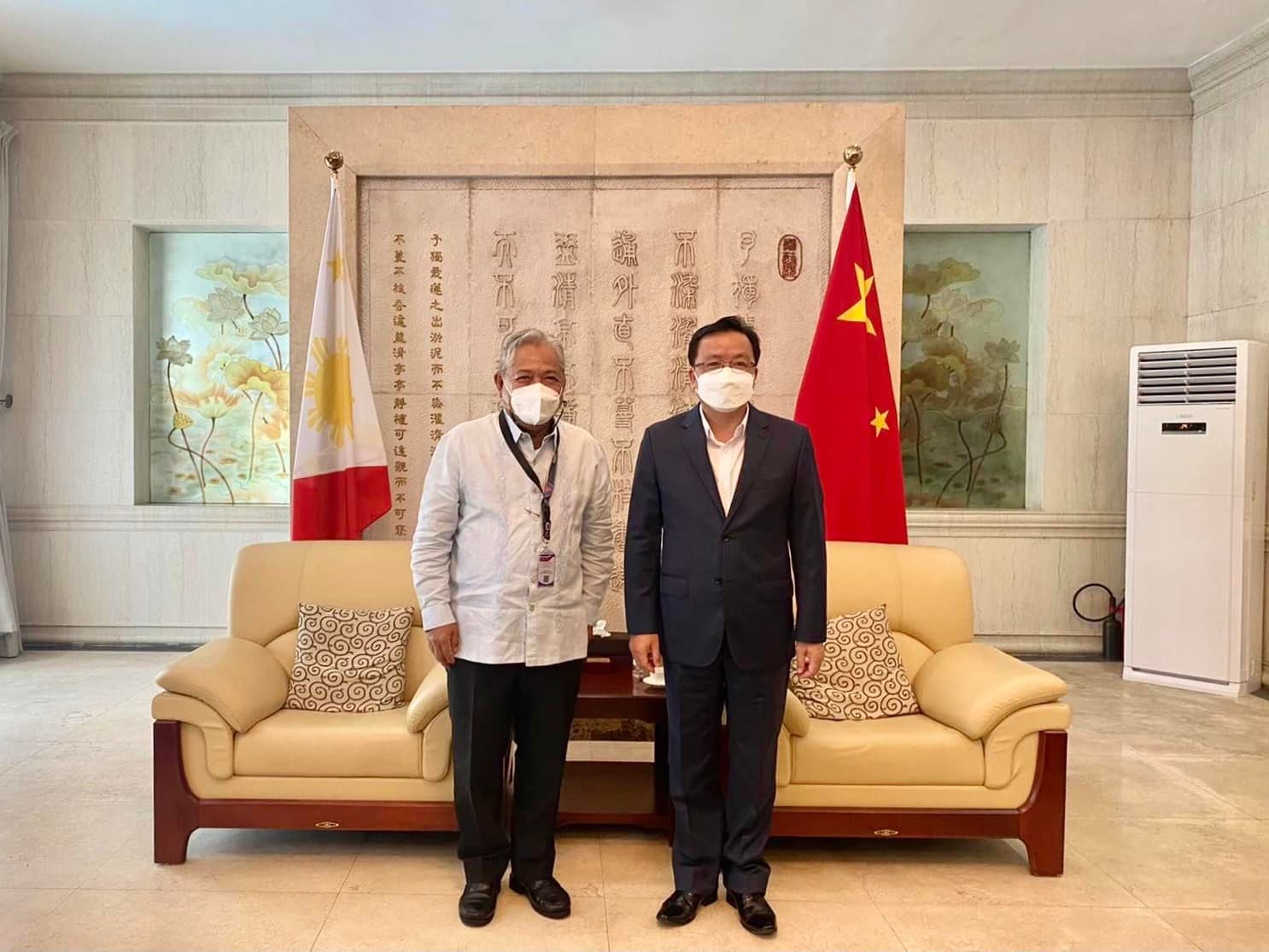 MANILA, Philippines — The Department of Transportation (DOTr) and the Chinese ambassador to the country met in a formal meeting, said the agency on Sunday, officially restarting the negotiations on Chinese-funded transportation projects.

According to DOTr in a statement, Transport Secretary Jaime Bautista and Chinese Ambassador Huang Xilian discussed the resumption of negotiations on several projects during their first meeting at the Chinese Embassy in Makati last Thursday, August 11.

Apart from these projects, the two also discussed maritime cooperation projects, specifically the hotline communication and legal affairs cooperation arrangements between the Philippine Coast Guard and the China Coast Guard.

They also discussed a possible collaboration on Maritime Traffic Safety, Ferry Safety, and the creation of a Memorandum of Understanding (MOU) on Maritime Search and Rescue, as well as the capacity building for maritime governance, safety supervision, and vessel safety inspection.

The DOTr said that the Chinese government’s funding support for these projects will serve to strengthen bilateral relations and enhance the partnership between the Philippines and China.

This came after the Chinese government withdrew the loan deals, following the end of former President Rodrigo Duterte’s term, with his successor President Ferdinand “Bongbong” Marcos Jr. vowing to renegotiate these deals.

In all, the country under the Duterte administration had already borrowed from China a total of $1.1-billion.

Not the end yet for China loans, Diokno says Marcos admin to revisit projects

Read Next
‘Now hiring’: US employers struggle to find enough workers
EDITORS' PICK
Percy Lapid’s kin: ‘We demand that his cowardly assassins be brought to justice’
Nothing’s certain so here’s how everyday Filipinos can make the most out of their Plan B
Do all the things you do, faster
PNP vows to bring justice for slain Percy Lapid; says probe underway
House energy committee chair Arroyo bats for cheap electricity
‘Seniority’ requirement despite vacant posts in DOH bothers senators
MOST READ
Student stabs teacher dead in Samar town
Not rehired?: Trixie Cruz-Angeles not on list of reappointed Cabinet execs
Final net satisfaction rating slightly decreases for Robredo, Sotto — SWS
Heart Evangelista to stay abroad ‘indefinitely’: ‘Hindi muna ako babalik’
Don't miss out on the latest news and information.