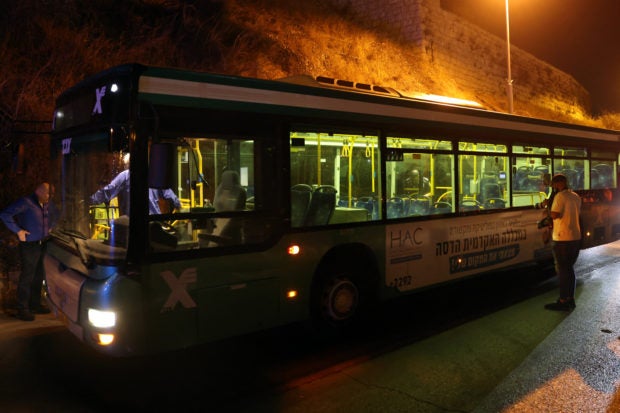 JERUSALEM — Seven people were wounded, two of them critically, after a shooter opened fire on a bus in Jerusalem’s Old City early Sunday, Israeli police and medics said.

Police have launched a search for the shooter, who fled after the pre-dawn attack.

“The police were informed of a shooting of a bus … Police have cordoned off the scene and are searching for a suspect,” police said.

MDA spokesperson Zaki Heller said six men and one woman were injured in the attack, with all seven “fully conscious”. 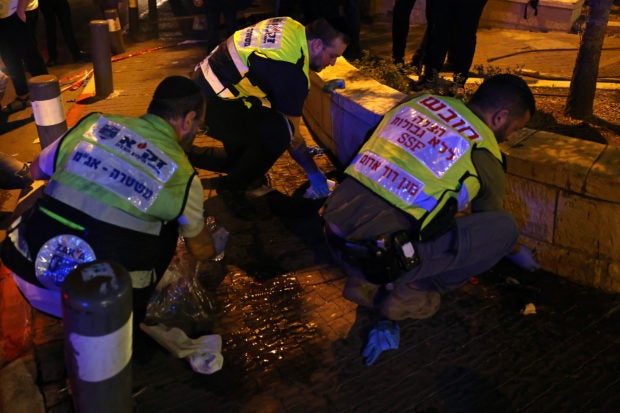 MDA paramedics said they provided lifesaving treatment to people with gunshot wounds, including both on the bus and in the King David’s Tomb parking area.

All victims were taken to nearby hospitals.

“We were on scene very quickly,” senior EMT Nehemia Katz and paramedic David Trachtenberg said in a statement. “On Ma’ale Hashalom St. we saw a passenger bus standing in the middle of the road, bystanders called us to treat two males around 30 years old who were on the bus with gunshot wounds.”

“I was coming from the Western Wall. The bus was full of passengers,” he told reporters in front of his bullet-riddled vehicle.

“I stopped at the station of the Tomb of David. At this moment, the shooting started. Two people outside I see falling, two inside were bleeding. Everybody panicked.” 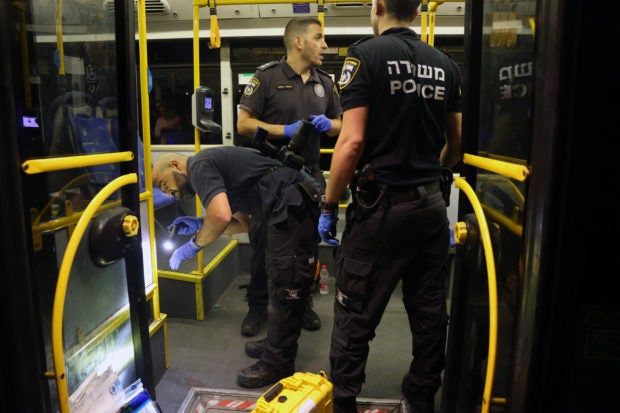 The shooting comes about a week after a three-day conflict between Israel and Islamic Jihad militants in the densely populated Palestinian enclave of Gaza.

At least 49 Palestinians, including Islamic Jihad fighters and also children, died in the violence, which ended last Sunday after Egypt negotiated a truce.

Since March, 19 people — mostly Israeli civilians inside Israel — have been killed in attacks, mostly by Palestinians. Three Israeli Arab attackers were also killed.

In the aftermath, Israeli authorities increased raids in the occupied West Bank.

More than 50 Palestinians have been killed, including fighters and civilians, in operations and incidents in the West Bank since then.