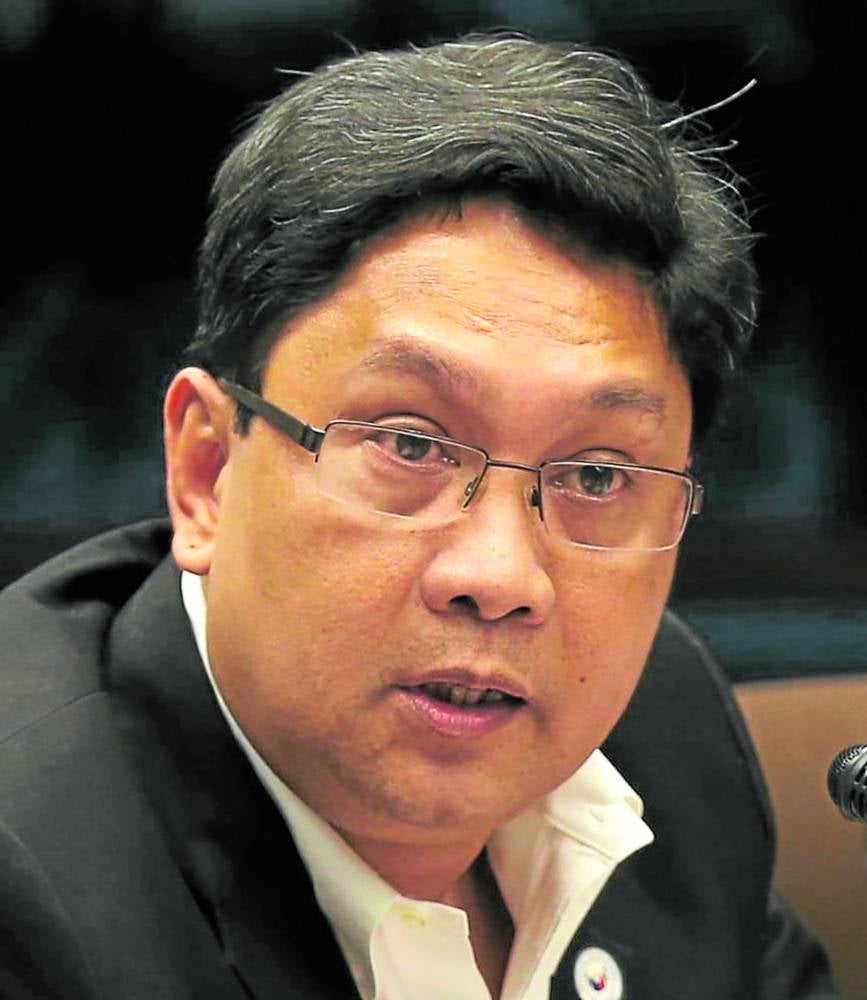 Chinese loans for three multibillion-peso railway projects that were to be major legacies of former President Rodrigo Duterte under his “Build, Build, Build” program have been scrapped as his administration bowed out, a transport official said on Friday.

President Marcos is looking at renegotiating the loans with Beijing in the hope of securing the official development assistance loans as the government has no money to fund these projects, said Undersecretary for Railways Cesar Chavez of the Department of Transportation (DOTr).

Manila’s loan applications with state-owned China Eximbank for the three big-ticket railways are deemed withdrawn after former Finance Secretary Carlos Dominguez III “canceled the application instead of keeping it in suspended animation” due to the bank’s inaction, Chavez said.

The Chinese government had not approved the loan applications that were submitted by the Philippine government in 2021-2022, Chavez told reporters on Friday.

The Department of Finance (DOF) wrote to China Eximbank in May telling it that if it did not act on the country’s loan applications by the end of that month, these should be “considered withdrawn,” he said.

“DOTr understands that this is in light of the upcoming transition of government, and in deference to the incoming administration,” Chavez said in a statement later.

China also did not provide the Philippines a shortlist of contractors and consultants for the projects, which is a prerequisite for a loan agreement, he said. Chavez said that the DOTr requested the list to show that it was keen on proceeding with getting Chinese financing for the projects. The loans would be settled only after the Philippines chooses contractors and consultants from the shortlist but the Chinese bank did not respond, he explained.

The transport official said that the Chinese bank also was asking for 3-percent interest on the loans, much higher than the 0.01-percent rate charged by Japan.

With the government not having enough funds to finance the projects, the Marcos administration would be considering the public-private partnership scheme as a financing option which it was banking to drive public infrastructure spending over the next six years, Chavez said.

The first package of the PNR Bicol project, with a cost of P142 billion, will link Calamba in Laguna to Daraga, Albay, via a 380-kilometer railway. This will cover the design, construction and electromechanical works of the project.

The P83-billion MRP’s first phase covers the 102-km Tagum-Davao-Digos route, envisioned to be the first rail line across Mindanao. It was expected to be completed by 2024-2025 and would reduce travel time to about an hour from 3.5 hours currently. On its own, the government could not finance the projects as the pandemic ravaged the economy and left it with less funds for any additional spending without undermining its overall financial standing.

Asked if the government would seek loans from other agencies instead, Chavez declined to comment given that this was the concern of the finance department.

The Marcos administration will check if potential loans from China for the three railway projects would still be feasible, according to Finance Secretary Benjamin Diokno.

“The new administration can revisit the projects,” Diokno said on Friday. “If found worthwhile, it may choose to restore the loan application, if funding is still available.”

President Marcos’ chief economic manager did not reply when asked to comment on concerns that Chinese financing pledges for Philippine projects had been slow, even at the height of closer Manila-Beijing ties during the Duterte administration.

In its last month in office, the Duterte administration borrowed 2.3 billion renminbi (about P17.4 billion) from China to build a bridge connecting the former president’s hometown Davao City to Samal Island in Davao Gulf.

This was China’s last loan to the Duterte government and also its first official development assistance (ODA) denominated in the Chinese currency.

In the past, the country’s ODA loans from China were denominated in US dollars, as the Philippines wanted parity and comparable interest rates with ODA loans from countries like Japan and South Korea as well as multilateral lenders.

This loan was slapped with an interest rate of 2 percent per annum, payable in 20 years plus a seven-year grace period.

This Chinese financing for the four-lane Samal Island-Davao City connector will bankroll 90 percent of the project’s design-and-build contract amounting to P19.3 billion.

In all, the Duterte administration borrowed from China a total of $1.1 billion.

Michael Ricafort, chief economist at Rizal Commercial Banking Corp., said that the withdrawal of the funding would be a blow not only to the projects but to the economy, too.

The railway projects are seen to connect more areas in the countryside, which can spur economic activities all along their routes.

Sunny Sevilla, a former finance undersecretary who is coconvenor of Move As One Coalition (MAOC), told the Inquirer that the funding withdrawal was “disappointing, as the public had been led to believe that these projects would proceed.”

Sevilla said it “would be good to better understand why the Chinese government no longer wishes to fund these projects, whether that decision was prompted by their assessment of the projects’ economic and financial viability,” urging the government as well to share its plans with the public.

“In the meantime, we earnestly hope that the government will ensure that there is sufficient and reasonably priced road transport capacity to meet the needs of travelers who would have traveled between Subic and Clark, to Bicol, and in Mindanao,” the MAOC coconvenor said. —WITH REPORTS FROM BEN O. DE VERA AND INQUIRER RESEARCH