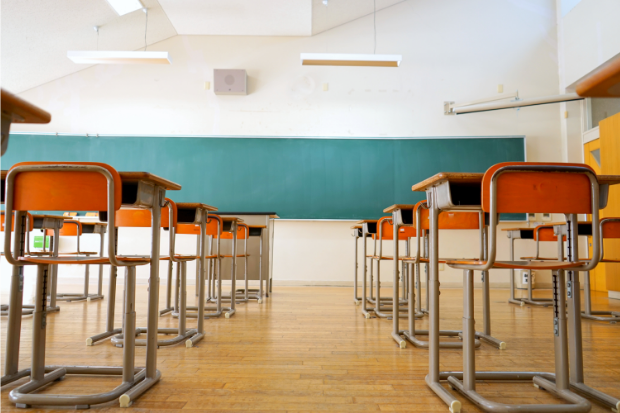 Private schools are asking Vice President and Education Secretary Sara Duterte to allow them to continue blended or hybrid learning, after the Department of Education (DepEd) ordered all primary and secondary schools to fully implement in-person, or face-to-face, classes by November.

The Coordinating Council of Private Educational Associations of the Philippines (Cocopea), which counts more than 2,500 member schools, sent a four-page letter to DepEd on Thursday, appealing for its reconsideration of full in-person classes which the department had set on Nov. 2, after a transition period of blended learning options from Aug. 22 to Oct. 31.

Another group, the Federation of Associations of Private Schools and Administrators (Fapsa), also asked Duterte “to allow us to continue our classes the way we had announced them earlier.”

Joseph Noel Estrada, managing director of Cocopea, said private schools were not against the return of in-person classes.

“But we are just appealing … to be given flexibility in delivering other platforms that support face-to-face classes,” he said in a phone interview on Friday.

“So it’s not a full five-day in-person class. But instead, [we can conduct classes] with options for blended and remote learning platforms to supplement [physical classes] during the school week,” Estrada explained.

Under DepEd Order No. 34, Duterte’s first policy as education chief, all public and private schools should have transitioned to five days of in-person classes starting Nov. 2.

“After the said date, no school shall be allowed to implement purely distance learning or blended learning except for those that are implementing alternative modes,” the order read.

The more than 12,000 private schools in the country, however, may begin classes ahead of that school opening. During the previous school year, 3 million, or 12 percent of the total 27 million enrollees in the primary and secondary levels, were from private schools.

The DepEd order said the transition period until Oct. 31 is “ample time” for schools to adapt to full in-person classes.

For one thing, the DepEd order stated that physical distancing shall be observed “whenever possible.”

Estrada, however, argued that each private school would need an additional 50-percent capacity in terms of classrooms and school personnel, in order to implement physical distancing of at least 1 meter as well as the limit of 20 students per classroom.

“The DepEd said it would build for more classrooms for public schools. But for the private sector, we cannot just build classrooms and buildings easily, like what [the department] plans to do … to accommodate every student,” he said.

He pointed out, furthermore, that students who need to isolate after being exposed to COVID-19 would need to rely on online instruction.

“Disallowing hybrid methods of learning would make the exposed or sick student [lose] more in terms of learning,” Estrada said.

He noted that many parents were “excited” about the return of in-person classes, “but they were [also] expecting physical classes to be integrated with blended learning.”

“So the parents were surprised that, suddenly, the schools are announcing that we will no longer have remote learning platforms starting Nov. 2,” he said.

According to surveys conducted by private schools among parents, the majority still favored either blended learning or full online classes because of the continuing threat of the pandemic.

The parents said they would only agree to full in-person classes after such issues as the vaccination of children, ensuring the efficiency of their transport, and the willingness of schools to shoulder the treatment or hospitalization of students infected by COVID-19 are resolved.

Estrada stressed that blended learning “ha[d] been effective” for private schools in the last two school years amid the pandemic.

He said hybrid learning “is [the] future of education not only in our country, but all over the world.”

“Perhaps we would be the only country in the world that would be banning hybrid and flexible learning in classes in the private sector,” he added.

Estrada said his group is hopeful that DepEd would issue a separate order for private schools to have their own transition policies apart from those for the public school system.

In a message to reporters, Fapsa president Eleazardo Kasilag said member schools in his group “have had consultation[s] already with parents, and it is hard to flip-flop on the opening and the modality that [we] agreed on.”

“We have started enrollment and preparations[,] expect[ing] that [we] will [continue with] blended learning, including the parents who ha[d] already assumed [that it will be] blended or online modalities all throughout,” Kasilag said.