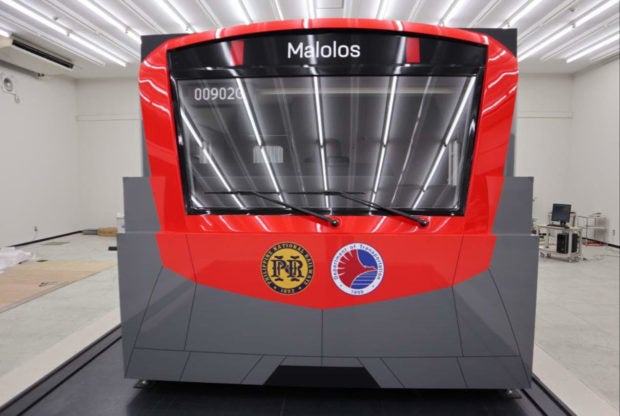 MANILA, Philippines — Senators expressed their preference for Japan over China in constructing the country’s railway projects.

During Tuesday’s plenary session, Senator JV Ejercito pushed the government to improve its railway projects, saying it could become the “backbone of the economy.”

While Senators Grace Poe and Risa Hontiveros supported Ejercito’s call, they questioned why the government partnered with China on three railway projects as it has a higher interest rate on loans than Japan.

China’s loan interest rate is 3 percent, while Japan’s is 0.01 percent.

“Why should we choose China Eximbank when they were supposedly going to charge us [a] 3-percent interest rate, which is considerably higher than 0.01-percent rate offered by Japan?” Poe inquired.

“I would trust a partner that has delivered already, time and again. ‘Pag may problema tayo, biglang tatakbo tayo sa Japan kasi hindi maayos,” she said.

(If we have a problem, we will run to Japan because we cannot fix it.)

( I support the gentleman from San Juan’s vision that railways can be the economic backbone.)

(Why would we choose a loan with a higher interest rate? This is contrary to what we will do in real life in our families and homes.)

Ejercito answered that he wants Japan to do the projects for the rail system’s interoperability due to its lower interest rate.

“Personally, I would rather have Japan do it. First of all, it’s more reliable. I would think most of us here would probably prefer Japanese railways and trust Japanese rails,” Ejercito said.

“Second, Japan, through the [Japan International Cooperation Agency] and [Asian Development Bank], has been extending friendlier terms for the country,” he added.

Meanwhile, Senator Mark Villar, former chief of the Department of Public Works and Highways under the administration of then President Rodrigo Duterte, defended that the Department of Finance (DOF) has looked into it, hence, deciding to choose China over Japan.

“With regard to financing, there are different types of financing because of these loans… But I can say that the Duterte administration was dedicated to finding the best possible deal for the Philippine government,” he noted.

“There’s a computation that I’m sure the DOF has extensively researched and looked into,” he continued.

The three multi-billion-peso railway projects were supposed to be major legacies of Duterte under his Build, Build, Build Program, which Villar spearheaded.

However, the Chinese loan deals have been scrapped as incumbent President Ferdinand Marcos Jr. is looking at renegotiating the loans to secure the official development assistance loans.

For Poe, Marcos’ renegotiation remark may be a form of courtesy.

“Maybe it’s a blessing in disguise that this project did not push through and maybe just out of courtesy, President Marcos said, ‘maybe we should look at the terms and perhaps, renegotiate,'” said Poe.

Read Next
DOH records 1,178 cases of leptospirosis in 2022
EDITORS' PICK
Percy Lapid’s kin: ‘We demand that his cowardly assassins be brought to justice’
Nothing’s certain so here’s how everyday Filipinos can make the most out of their Plan B
Do all the things you do, faster
PNP vows to bring justice for slain Percy Lapid; says probe underway
House energy committee chair Arroyo bats for cheap electricity
‘Seniority’ requirement despite vacant posts in DOH bothers senators
MOST READ
Student stabs teacher dead in Samar town
Trixie Angeles quits as press secretary due to health reasons
Not rehired?: Trixie Angeles not on list of reappointed Cabinet execs
Heart Evangelista to stay abroad ‘indefinitely’: ‘Hindi muna ako babalik’
Don't miss out on the latest news and information.