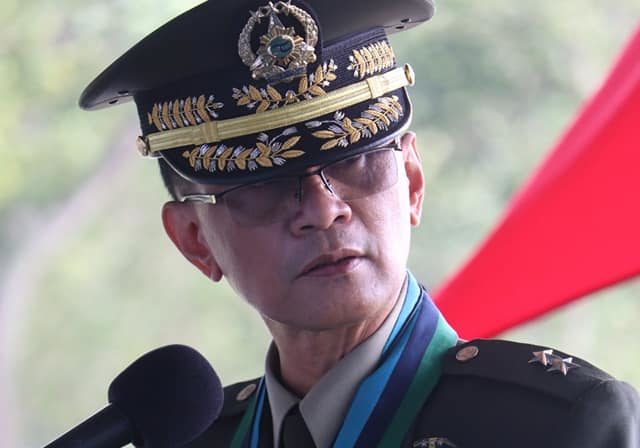 Bacarro, the first AFP chief to serve for three years under a new law that sets a fixed term for key AFP officials, did not set a timeline for the task but emphasized its “urgency,” according to Col. Medel Aguilar.

“That’s why his instruction was to increase the operational tempo so that we can defeat the armed communist group. If this could be done immediately, that’s the objective. But we also understand that insurgency is multifaceted,” he told reporters.

Based on military estimates, there are around 2,000 active New People’s Army fighters.

AFP chiefs under former President Rodrigo Duterte had vowed to finish off communist insurgency before the end of Duterte’s term but this did not materialize.

As for territorial defense operations to address external threats, Aguilar said they would continue to do their mandate.

“It’s [President Marcos’] declaration that we will not yield a single square inch of our territory … There are also other sources of national power that can be utilized by the President,” he said.

Taking a cue from the President’s campaign message, Bacarro reiterated his key vision for Unity, an acronym for “unparalleled professionalism, noble utilization of resources, invigorating capability and tenacity in sustaining our gains.”