Bongbong Marcos tells new AFP chief: Journey will not be an easy one | Inquirer News 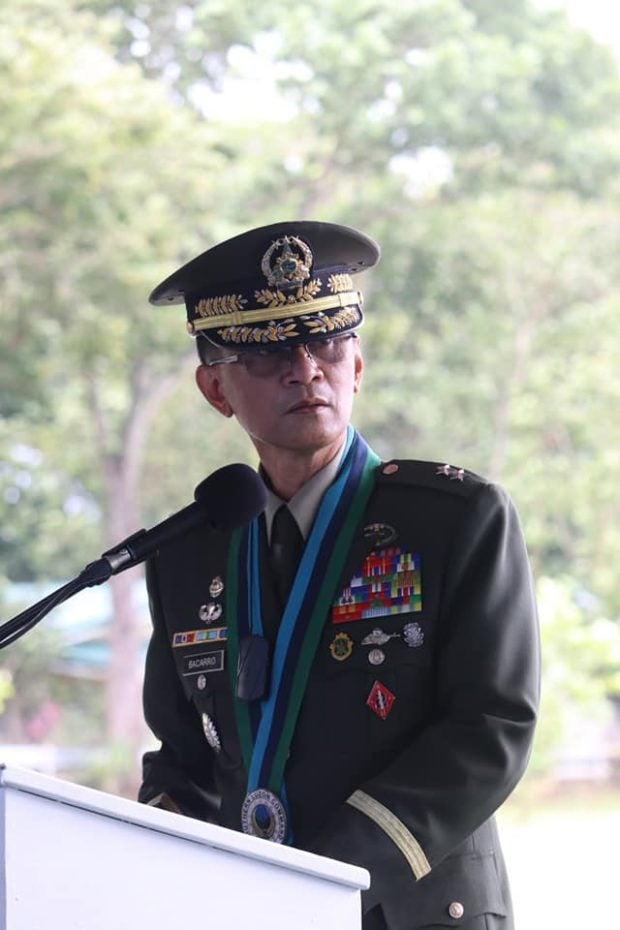 Marcos made the remark during the change of command ceremony at Camp Aguinaldo in Quezon City.

“It is certain that we have chosen the right leader in General Bacarro to lead the AFP as it marches forward and undertakes a new journey that will eventually pave the way for a much improved and stronger AFP in the days ahead,” Marcos said in his speech.

“I am sure that we will all now know that we have a reliable partner in the AFP under the helm of General Bacarro as we commence the difficult undertaking of rebirth and restoration of the Republic, transforming the country into a haven that is safe, secure, peaceful, and prosperous for all present and future Filipinos to enjoy,” the President added.

According to Marcos, Bacarro’s “strong presence, administrative and operational proficiency, unmatched discipline, and unwavering commitment” will be helpful in his work at the helm of the AFP.

“I know that you know well that the journey will not be an easy one. It will be sometimes treacherous, always complex. It will be difficult and at times seemingly unbearable,” Marcos said.

“But with the AFP beside us, assisting and putting in place the fundamental prerequisites for nation-building, we shall overcome and emerge victorious in the end,” he added.

He graduated in the upper quartile of the Philippine Military Academy “Maringal” Class of 1988.

Bacarro will be the first AFP chief of staff to be given a fixed three-year term, citing the Republic Act No. 11709 signed by former President Rodrigo Duterte.

Bacarro received the country’s highest military award for combat, the Medal of Valor, after leading an operation to repel a communist guerrilla attack in Isabela in 1991.