CHR, PNP kiss and make up... sort of | Inquirer News

CHR, PNP kiss and make up… sort of 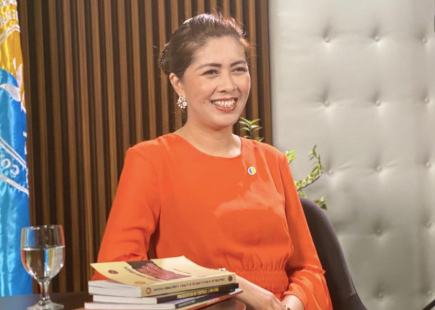 MANILA, Philippines — The Commission on Human Rights (CHR) on Wednesday called on the newly installed chief of the Philippine National Police to collaborate more with them and Church leaders, and ensure that rogue law enforcers would be made accountable for their actions.

In a statement, CHR executive director Jacqueline de Guia also welcomed PNP chief Gen. Rodolfo Azurin Jr.’s plans to ask the Church for help in restoring the credibility of the PNP — considered one of the most mistrusted institutions in the country — as well as to steer it away from rampant killings that marked the Duterte administration.

But at the same time, De Guia was hopeful that Azurin would also prioritize holding police officers liable for their wrongdoings, especially those allegedly involved in drug-related deaths, which was something his predecessors failed to do.

One way to do this, according to her, was for the police to collaborate more with civic and faith-based leaders and organizations so police officers could “better understand the circumstances and root causes of crimes.”

“This will enable them to implement crime control and prevention methods that are humane, holistic and sustainable,” she said.

De Guia was also optimistic that Azurin’s promise to pivot away from wanton killings and focus on jailing masterminds in the drug trade would “translate into a rights-based policing where due process consistently prevails and violence is reduced.”

“It is also heartening that he intends to tackle the root causes of the drug problem, which will help ensure a long-term solution that will truly benefit the communities,” she said, adding that she was looking forward to better cooperation and collaboration between CHR and the police to speedily resolve cases involving erring law enforcers.

Azurin, who was named 28th PNP chief by President Ferdinand Marcos Jr. last week, acknowledged in his first press conference that many Filipinos distrusted the police in part because of their role in the brutal conduct of the drug war waged under former President Rodrigo Duterte.

But apart from the thousands of extrajudicial killings being linked to the police, De Guia reminded Azurin that the CHR had also received several complaints concerning police abuse like rape, violence, and killings related to personal conflict.

She called on the PNP chief to implement “serious reforms” within the police force to nurture a new law enforcement culture hinged on the rule of law.

Who would believe Filipino cops can change? PNP chief tries the Church

Bongbong Marcos to PNP: Use of force must be reasonable, justifiable and only when necessary