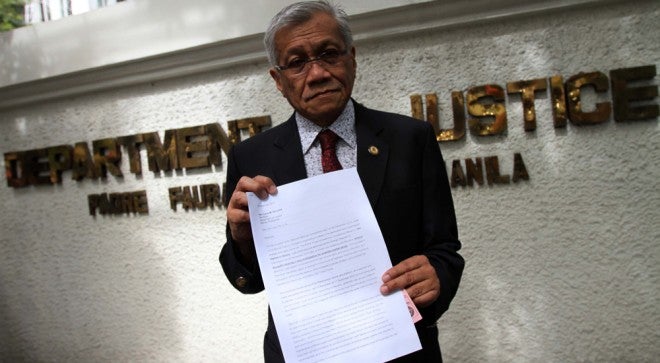 Bello’s staff Leomar Doctolero, speaking to INQUIRER.net, said in a text message that the former lawmaker and renowned professor posted bail of P96,000 or P48,000 for each count of libel and cyber libel charges.

Davao City Information Officer Jefry Tupas, who worked under Vice President Sara Duterte during her stint as mayor of Davao City, filed the charges against Bello.

Bello was brought to the Quezon City Police District Station 8 and was transferred to Camp Karingal for booking after the routine medical checkup.

The former solon was arrested by officers of the Quezon City Police District at 5 p.m. on August 8.