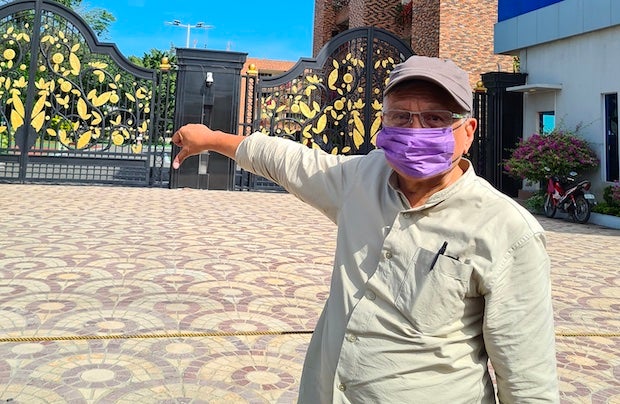 MANILA, Philippines — “Pure political harassment and persecution. No way I will let these people intimidate me and suppress free speech,” former Akbayan Rep. Walden Bello said in a statement he issued after his arrest for cyberlibel on Monday,

Bello, who ran for vice president in the May elections this year, was arrested by officers of the Quezon City Police District at 5:00 p.m.

The case against him was filed by Davao City Information Officer Jefry Tupas, who worked under Vice President Sara Duterte during her mayoralty in Davao City.

“Arrested this afternoon for cyberlibel charge filed against me by the camp of Vice President Sara Duterte. I’ll have [to] spend the night in jail since it’s too late to post bail,” Bello said.

The former lawmaker was indicted by a Davao City prosecutor for violation of the Revised Penal Code and the Cybercrime Prevention Act of 2012 in a seven-page resolution dated June 9.

Many progressive groups and personalities, including Bello’s former running mate, labor leader Leody de Guzman, had earlier condemned his arrest and called for his release.

Meanwhile, Vice President Duterte refused to comment on Bello’s arrest, according to her spokesperson, Reynold Munsayac.

Bello has previously stated that the cyberlibel suit filed against him was merely a “smokescreen” by Duterte for her “cowardice” to join debates during the national elections.