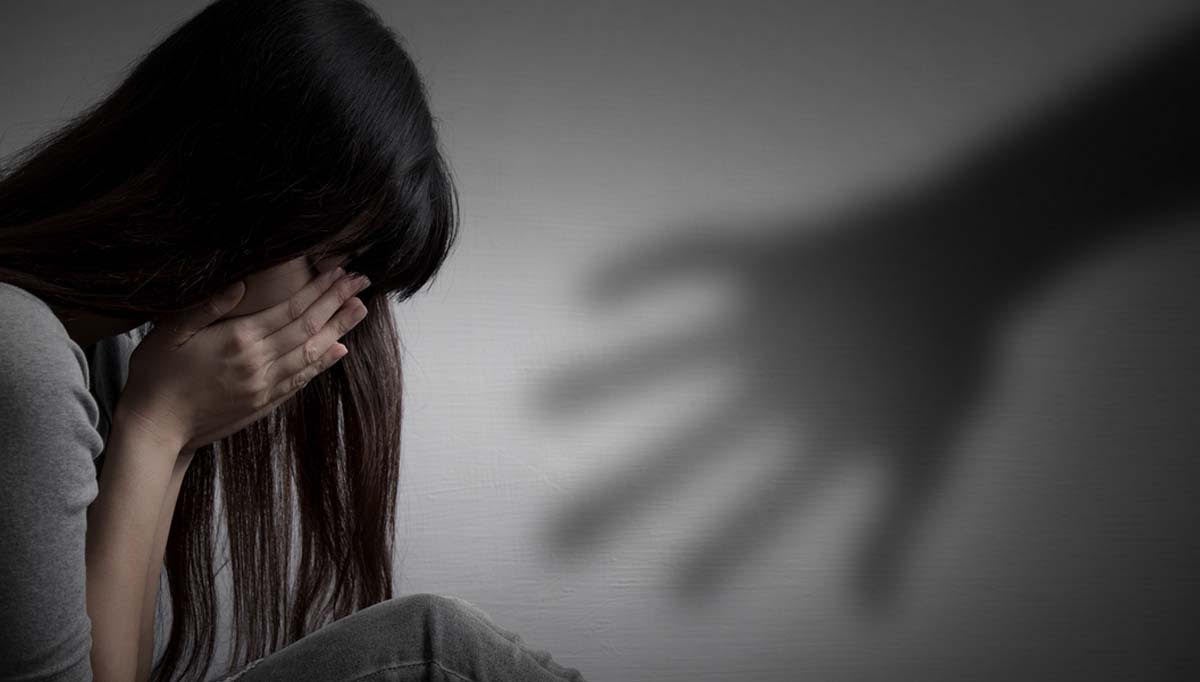 This was how Sen. Risa Hontiveros described the experiences of children who fell victims to online sexual abuse and exploitation, stressing that a law is “absolutely and urgently needed.”

Hontiveros, who filed the proposed law against online sexual abuse and exploitation of children, had asked Malacañang to sign the bill, which is seen to strengthen the protection of children.

This, as the Unicef Office of Research, ECPAT International, and Interpol said that as many as two million Filipino children may have been victims of online sexual exploitation last year alone.

As Republic Act (RA) No. 11930, or the Anti-Online Sexual Abuse and Exploitation of Children (OSAEC) lapsed into law on July 30, Hontiveros expressed hoped that it will be implemented immediately.

It amended the Anti-Pornography Act, or RA No. 9775, to strengthen the protection of children against online sexual exploitation regardless of whether the victim had given consent.

The law, which increased the responsibilities of social media websites and electronic service providers, now penalizes the acts of producing, willingly accessing, and knowingly sharing any form of child sexual abuse and exploitative materials (CSAEM).

Rep. Arlene Brosas (Gabriela), said the law is a “huge win for child rights advocates and victims of abuse who have long been lobbying for this bill amid the rampant online child sexual abuses in the Philippines.”

The Philippines, Unicef said, has emerged as the center of child sex abuse materials production in the world, with 80 percent of Filipino children at risk from online sexual violence, some facilitated by their own parents.

The findings of the study “Disrupting Harm in the Philippines” revealed that in 2021, 20 percent of internet-using Filipino children aged 12 to 17 were victims of grave instances of online sexual exploitation.

The Department of Justice (DOJ)-Office of Cybercrime said there was an increasing trend of cyber tip reports of child sexual abuse and exploitation materials—400,000 in 2019, 1.2 million in 2020, and 2.8 million in 2021. 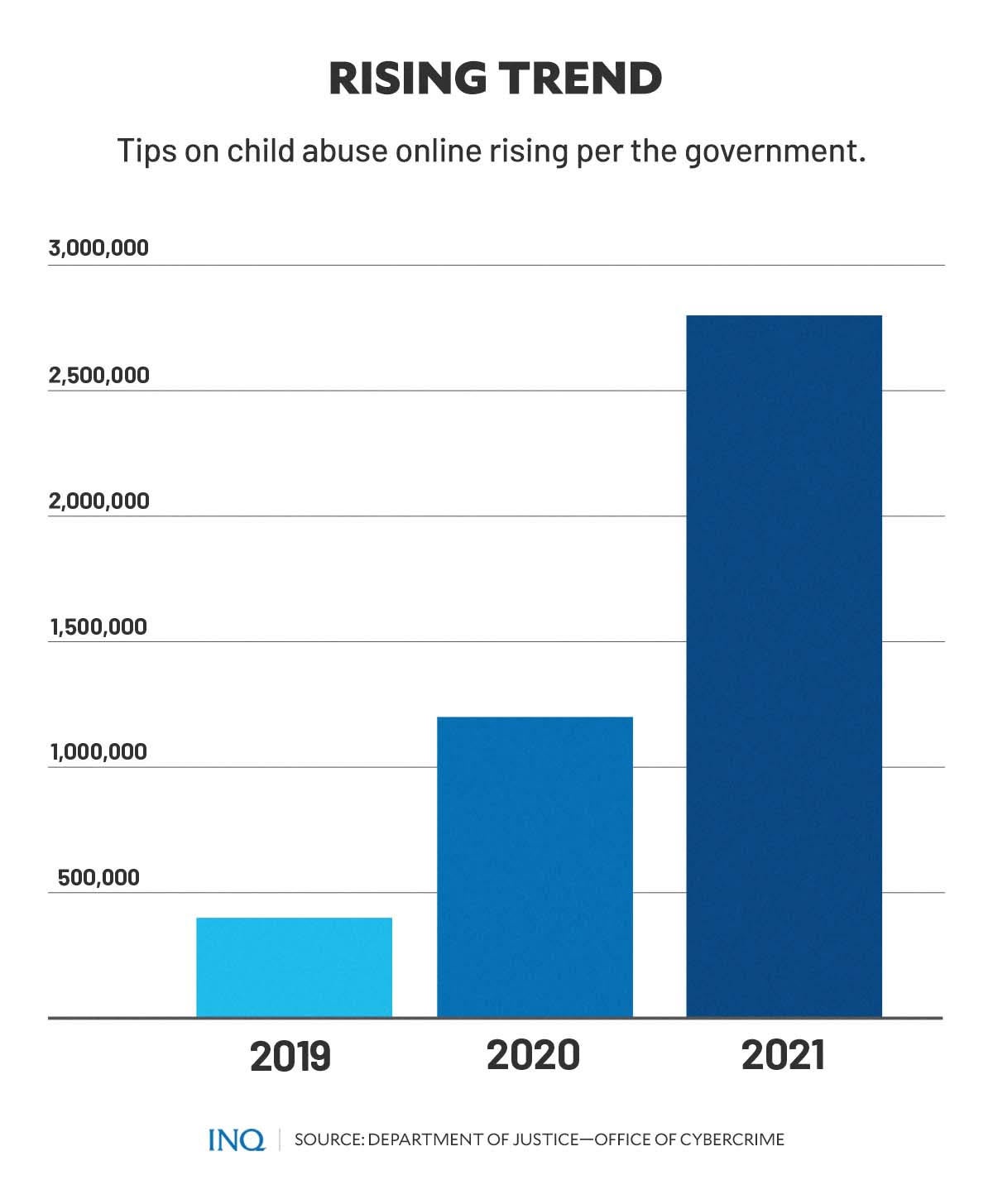 Brosas explained that the law will institute an “offenders registry” that will list down convicted sexual offenders of children and provides for stiffer penalties, like imprisonment of six months to life. 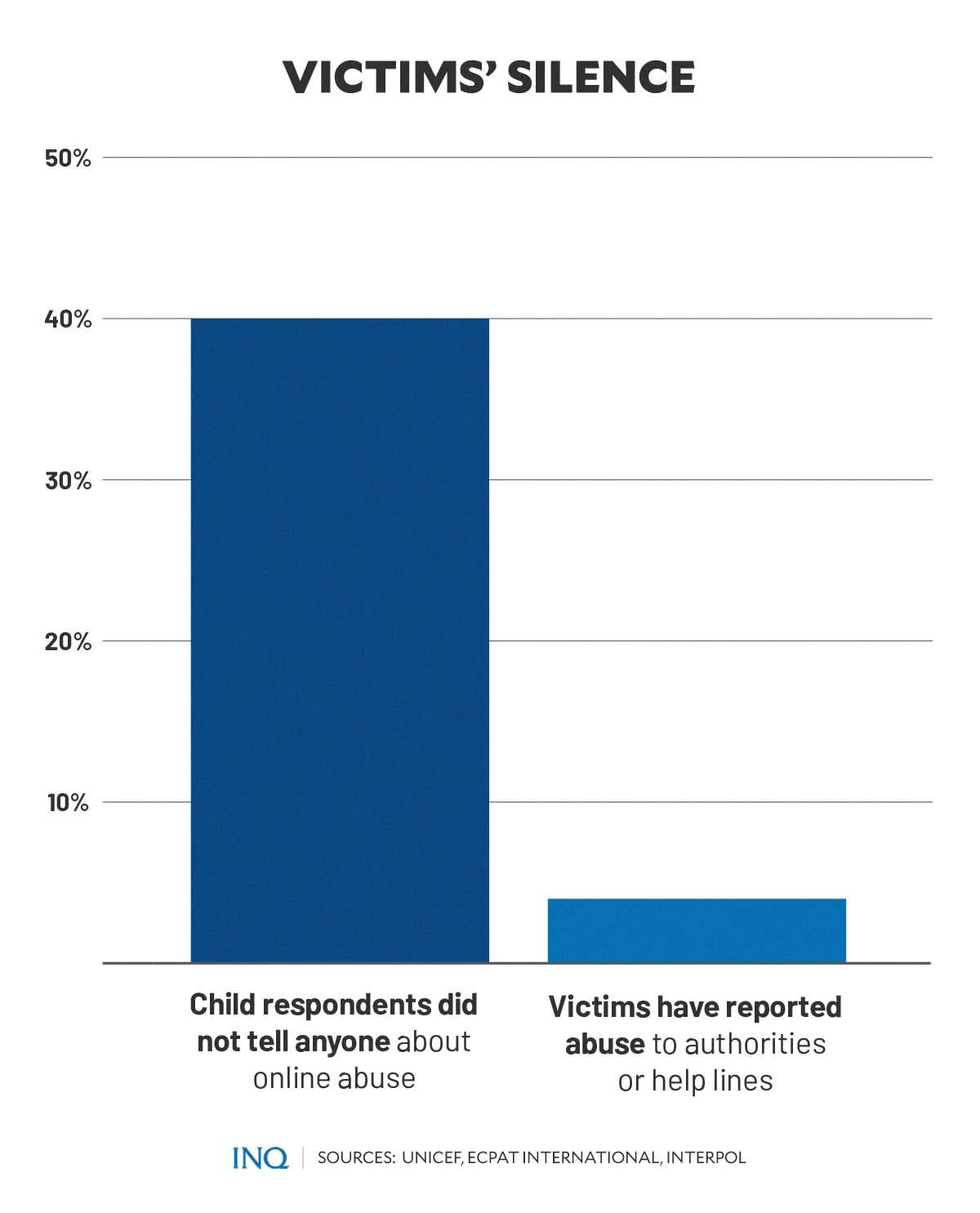 This, as a considerable percentage of Filipino children have not disclosed their ordeal with online sexual violence, with 30 percent to 40 percent of them not telling anyone the last time they were abused online.

The study, which had 950 respondents, revealed that only a few children (0 to 4 percent), who were victims of online sexual exploitation, have reported their ordeal to police, a social worker or a helpline.

What’s in the law?

Based on Hontiveros’ statement on the ratification of the report of the bicameral conference committee, the law defines the specific offense of online sexual abuse and exploitation of children and imposes penalties for it.

It also increases the responsibilities of the private sector, with emphasis on electronic service providers, internet intermediaries, financial intermediaries, specifically with respect to blocking and preserving of evidence of online sexual abuse and exploitation of children.

The law will create the National Coordinating Center against OSAEC and CSAEM through the Inter-Agency Council Against Trafficking. It will also establish protections and guarantees for child victims, especially with respect to their psychosocial needs

This, as the Foundation for Media Alternatives (FMA), stressed that online violence inflicts a psychological toll on women, with 70.24 percent saying they faced emotional harm, 54.05 percent faced harm to reputation, and 45.95 percent faced sexual harm.

Hontiveros said the law will likewise grant additional investigation and surveillance tools to law enforcement officers, taking into consideration the complexities of the internet and the dark web.

“I am so happy that it is now a law. Exploitative materials online have increased, especially when the COVID-19 pandemic hit, that’s why we really need to implement this law immediately,” she said.

As the COVID-19 lockdown and government failure to effectively contain the virus sank Filipinos already drowning in poverty, Save the Children Philippines (SCP) raised concern that children are at increased risk of online sexual abuse and exploitation.

Lawyer Alberto Muyot, chief executive officer of SCP, said, “Online sexual abuse and exploitation of children is a silent pandemic that has permanent, and devastating effects on children’s mental health and psychosocial wellbeing.” 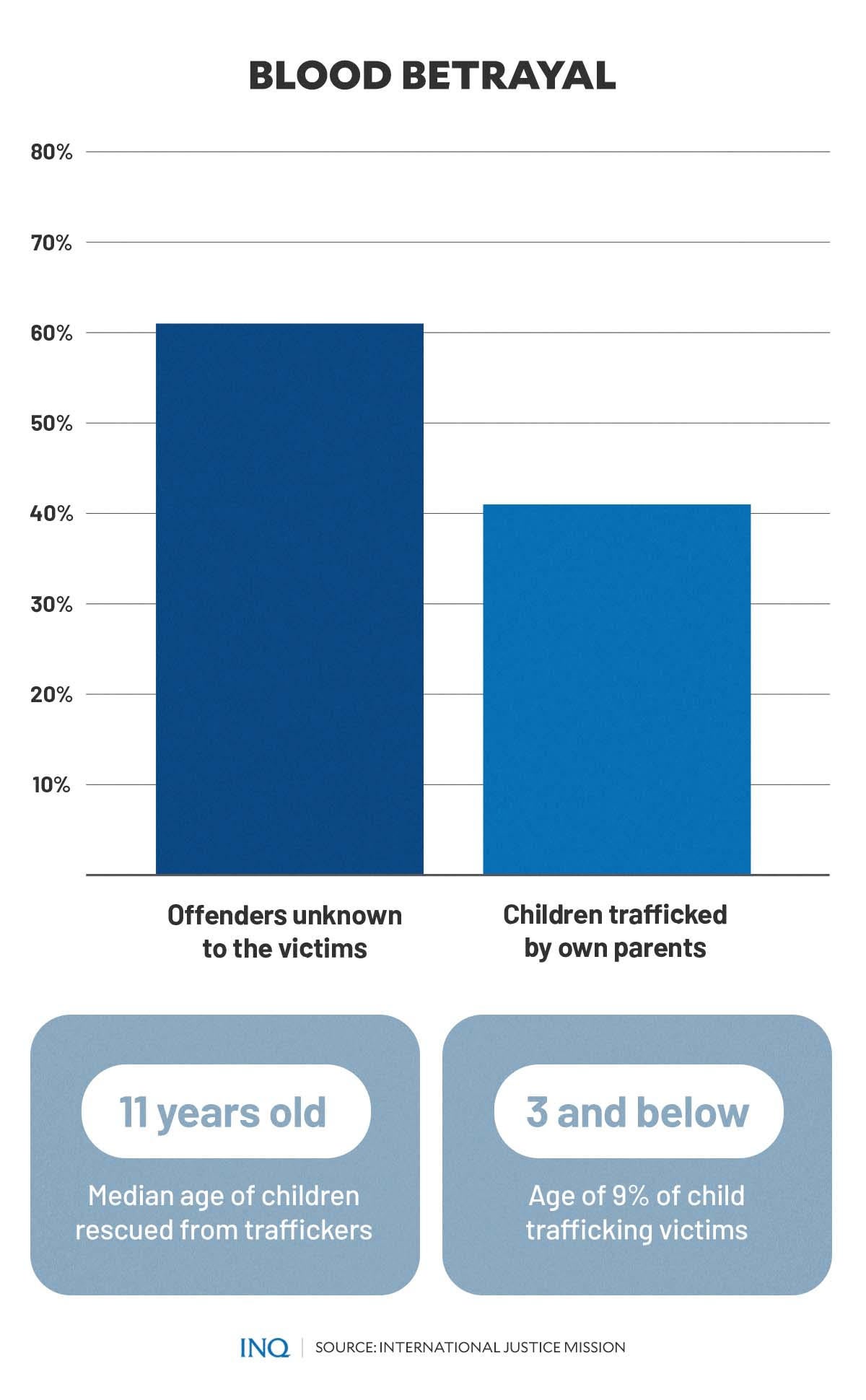 He said that in many cases, the predators that bring children harm are the same people that children look up to for protection—their parents.

This, as the International Justice Mission revealed that 41 percent of traffickers were parents, the median age of victims at the time of rescue was 11 years old and that nine percent of the victims were below three years old.

RELATED STORY: Children’s nightmare: Violence, death at the hands of people they trust most

A May 2021 report by the Philippine Center for Investigative Journalism (PCIJ) said that a 31-year-old woman was arrested over allegations that “she had streamed live shows of her 8-year-old daughter and sent naked clips and photos of her 11-year-old son to paying customers abroad.”

It was stated, however, in the study “Disrupting Harm in the Philippines” that perpetrators of OSAEC in the country are more likely to be unknown to the child, with 61 percent of minors saying they did not know who their offenders were.

The PCIJ stressed that several technology companies reported more than 1.29 million images and videos of child abuse produced in the Philippines in 2020–a volume of images that is triple than the data reported in 2019.

The DOJ and the National Center for Missing and Exploited Children said that in 3 months in 2020, there were 279,166 cases of online sexual abuse and exploitation—a spike compared to the 76,561 cases in the same months in 2019.

Brosas, a child rights advocate herself, said the law will not only prevent people from committing online sexual exploitation, but will also make social media websites and internet service providers accountable should they fail in making digital space safe for children.

Hontiveros explained that internet intermediaries are required to complete three things—take down materials that violate the rights of children, preserve evidence, and immediately transmit the proof to law enforcement agencies. 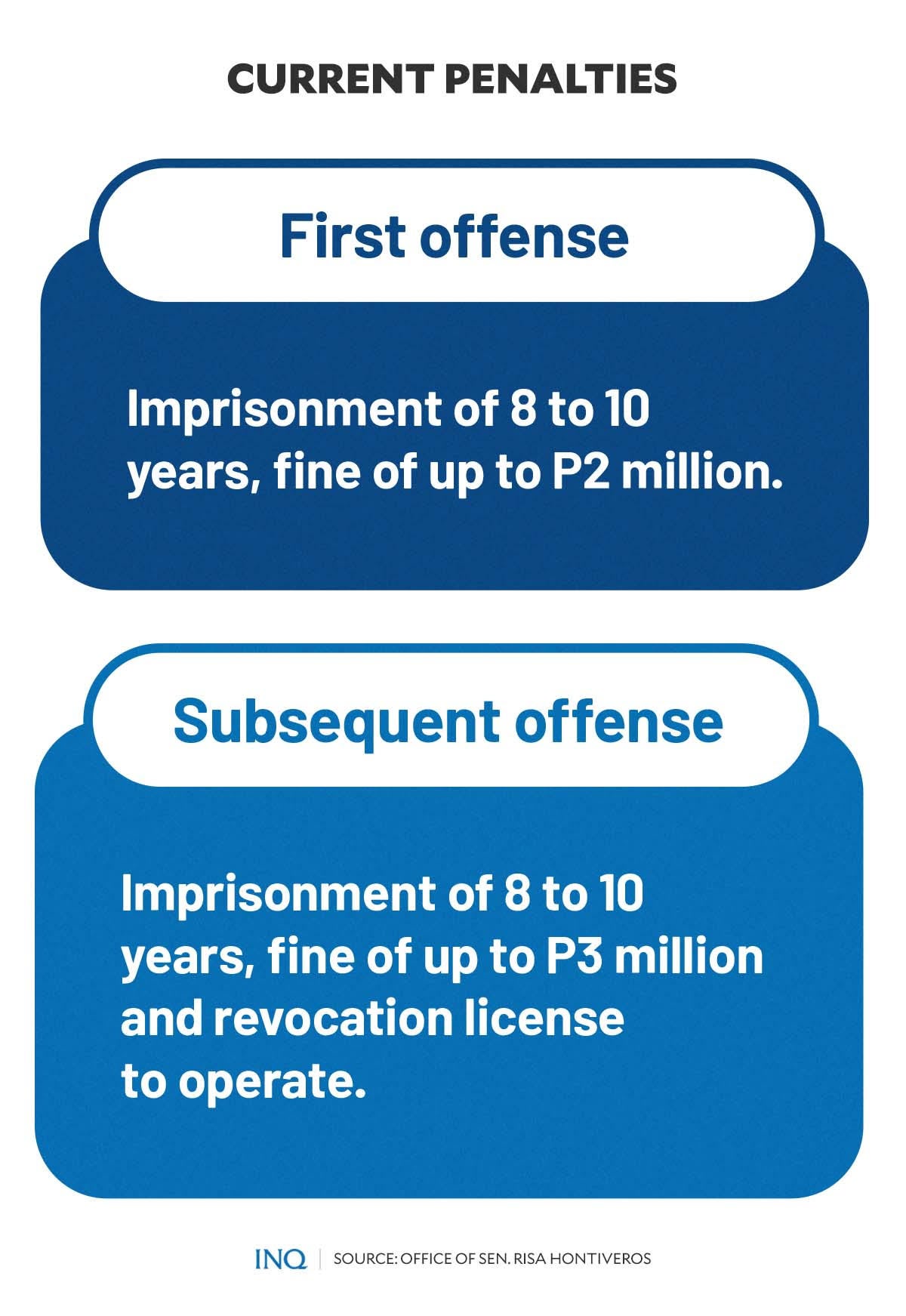 Should they fail to do it, they will be penalized with imprisonment of eight years and one day to 10 years and maximum fine of P2 million for the first offense, and P3 million and revocation of license to operate for the subsequent offense.

This, as the study “Philippine Kids Online,” which was conducted by Unicef and SaferKidsPH, found that more than half of polled Filipino children can access the internet without supervision.

It said that the age at which children in the Philippines first go online is, on average, 10 years old, and they spend on average 116 minutes a day online.

Aside from current efforts to engage Facebook in enforcing the law, Hontiveros also hopes to forge partnerships with other social media platforms where these illegal online practices commonly thrive.

“We will reach out and meet with representatives from Telegram, YouTube, and other data storage platforms or devices to possibly partner with them for this,” she said.

RELATED STORY: Online impunity: Assault on Robredo daughter just one of countless against women in PH