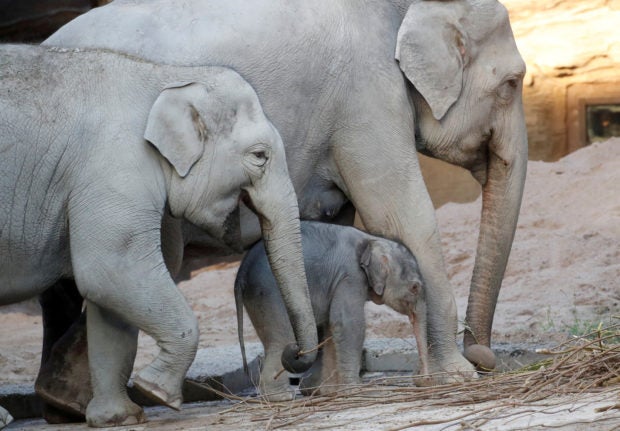 ZURICH  — Another elephant has died at Zurich Zoo from the herpes virus, the park said on Saturday, the third to die there from the condition since the end of June.

Her death follows that of Omysha, an eight-year-old female who died on July 11, and two-year-old male Umesh, who passed away at the end of June.

Ruwani had been given anti-viral drugs to protect her and showed no signs of illness until Friday, the zoo said.

“Losing a third elephant to this dreaded virus in such a short time is a tragic loss for Zurich Zoo,” said zoo director Severin Dressen.

“Today is a deeply sad day,” Dressen added. “It is particularly frustrating that we are powerless against the virus despite the best veterinary care from the university animal hospital.”

Together with her mother Farha and grandmother Ceyla-Himali, Ruwani formed one of two groups of elephants at the Zurich Zoo. Umesh and Omysha formed the other group, along with their mother Indi and sister Chandra. The zoo also has a male elephant called Thai.

Young elephants between the ages of two and eight are particularly susceptible to herpes virus as protection provided by their mother’s antibodies decreases and their own immune system may not have formed its own antibodies.

The zoo said there was a low risk of disease for the remaining elephants, with Farha now the youngest at the age of 17, although all the animals will continue to be monitored.