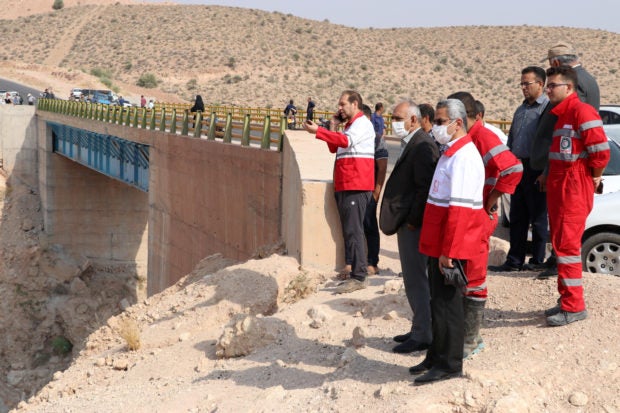 DUBAI — At least 22 people were killed in flash floods caused by heavy rains in Iran’s southern province of Fars, a provincial official said on Saturday.

There was at least one person missing, said Khalil Abdollahi, head of the province’s crisis management department, quoted by the semi-official news agency Tasnim.

He said 55 people had been rescued in the flood which submerged 15 cars.