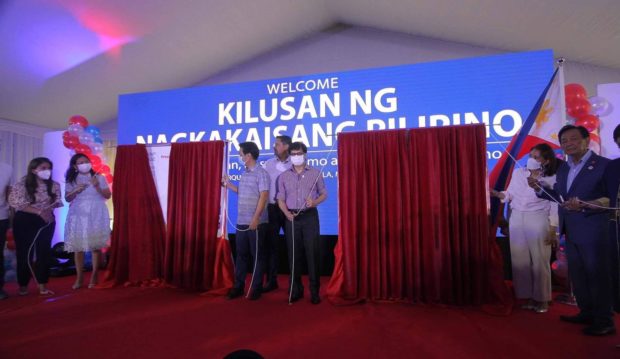 Kilusan ng Nagkakaisang Pilipino (KNP), formally introduced to the public on Wednesday, aims to reject the “politics of division” and help champion the government’s development objectives.

The participants explained that the newly formed group is not a political alliance but rather a socio-civic movement that hopes to reach out to all sectors of society.

“We are here to repair a house divided…to make it strong again in bayanihan way,” said Interior Secretary Benhur Abalos Jr., who was the keynote speaker during the launch.

“Our coming together is our response to the President’s clarion call for unity. KNP is immediately formed to formalize that movement to solidify [our] platform for cohesive, inclusive and unified action for national economy and sustainable development.”

Robes further noted that KNP is their means of affirming their “unwavering and full support to President Ferdinand Marcos Jr. in his call to collectively work for a better Philippines for all Filipinos regardless of political conviction, religion, motivations and creed.”

Unity was the resonant campaign cry of Marcos’ successful presidential bid in the May 9 polls.

He was sworn into office last June 30, and is now set to deliver his first State of the Nation Address at the Batasang Pambansa in Quezon City on July 25.

Up to last day of campaign, Bongbong Marcos sticks to unity message