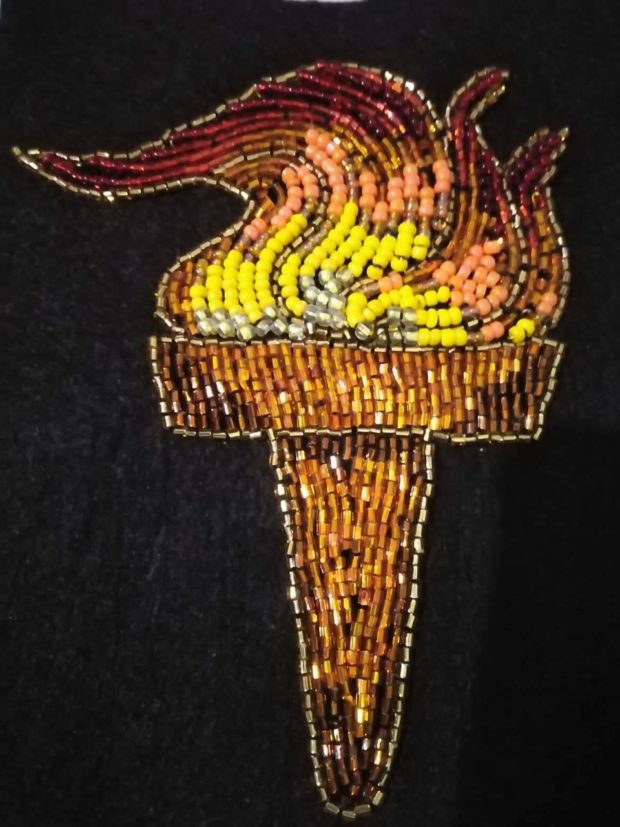 Photo from the Alliance of Concerned Teachers (ACT) party-list.

MANILA, Philippines — The attire of Alliance of Concerned Teachers (ACT) Rep. France Castro for the 2022 State of the Nation Address (Sona) on July 25 will feature a teacher holding a torch — symbolizing light despite the darkness.

Photos shared by ACT’s office to reporters on Thursday said Castro will be wearing a black shawl during President Ferdinand Marcos Jr.’s first Sona, representing the “darkness” surrounding the country today, which they attributed to the prevailing disinformation and historical distortion. 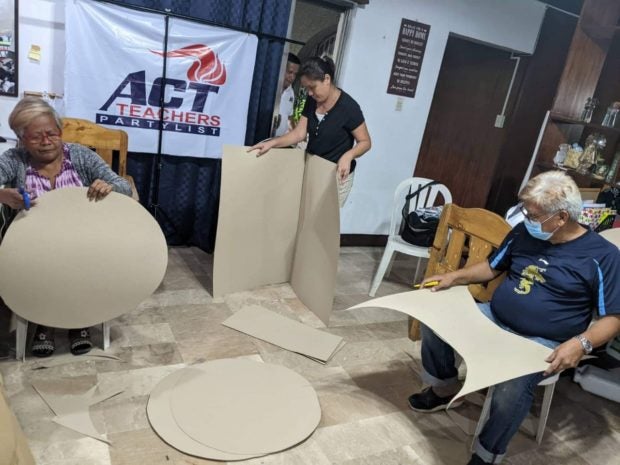 Photo from the Alliance of Concerned Teachers (ACT) party-list.

However, a teacher will be seen holding a torch, representing educators’ role in delivering hope for the future.

“Handsewn and painted by ACT Volunteer Roja, Rep. Castro will wear a black shawl representing the darkness brought by the return of a Marcos in Malacañang and the proliferation of disinformation and historical distortion,” ACT said.

“Painted on the shawl is a teacher holding a hand-sewn brooch of a torch representing the role of teachers to deliver truth and hope,” they added.

Aside from the attire, the Makabayan bloc also sent out photos of protest preparations on Monday, including placards, effigies, and other materials.

Makabayan bloc’s membership in the incoming 19th Congress has been trimmed down to three, with only ACT, Gabriela, and Kabataan earning seats in the 2022 national elections.  However, other former members of the bloc, including Bayan Muna, have joined the party-list groups in planning for protests, despite the non-issuance of permits to rally near the Batasan Complex.