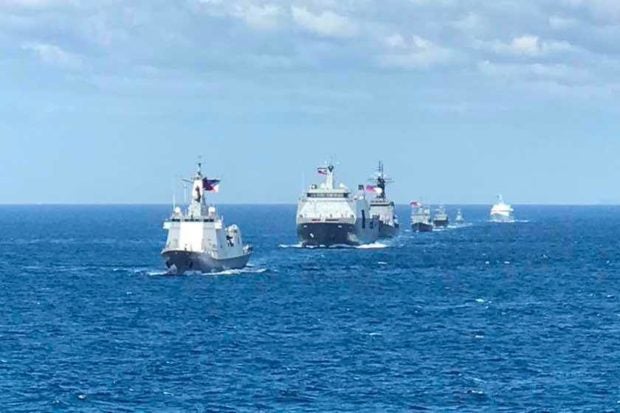 MANILA, Philippines — The Department of National Defense (DND) is asking Congress to review the Revised Armed Forces of the Philippines’ (AFP) Modernization Program to fund its last phase.

The program is divided into three phases, or “horizons,” the first two of which were already implemented.

“We are requesting Congress for a sunset review on the Revised AFP Modernization Program—this is as required by RA 10349,” DND officer-in-charge Jose Faustino Jr. said in a press briefing on Thursday.

“Ang purpose natin dito is to generate congressional support for Horizon 3. Horizon 3 will start next year,” he added.

(Our purpose here is to generate congressional support for Horizon 3).

The program’s “Horizon 1,” which was implemented from 2013 to 2017, resulted in the acquisition of Del Pilar-class frigates, FA-50PH light-lift interim fighters, among others.

Horizon 3 is scheduled to start from 2023 to 2028 and will prioritize achieving a self-reliant defense posture program, bringing in more sophisticated equipment such as fighter planes and ships.

“Horizon 3 will need big ticket items. We are talking about modernization projects that need a lot of funds. Medyo mahal ang mga ito. We are trying to get congressional support para mapondohan,” Faustino said of projects under the last phase.

(These are a bit pricey. We’re trying to get congressional support to get funding.)