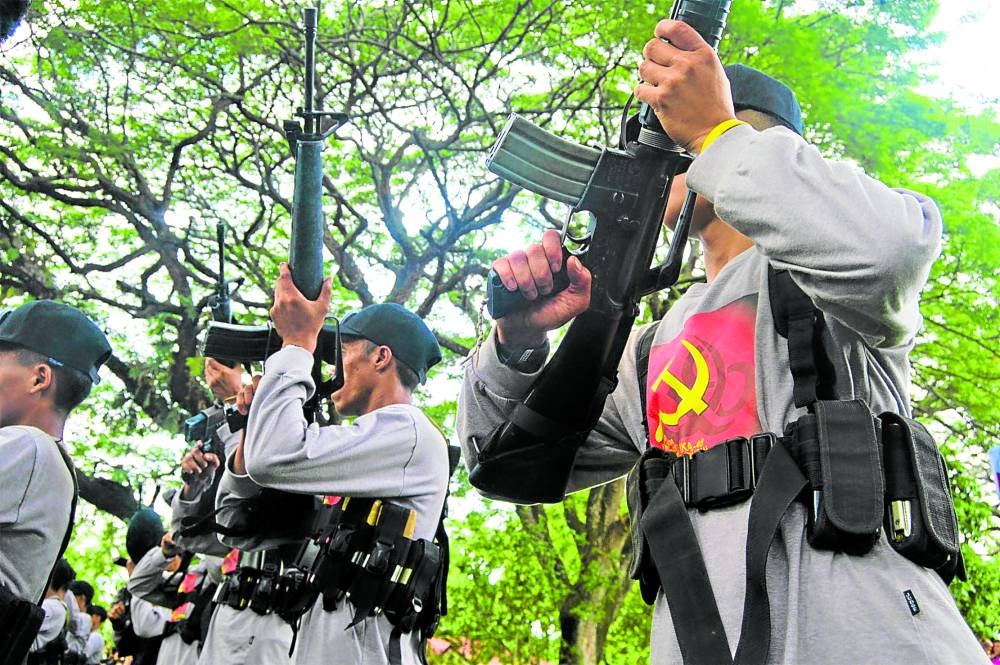 (FILE) Fighters of the New People’s Army (NPA), the armed wing of the CPP in formation.

MANILA, Philippines — The Communist Party of the Philippines (CPP) on Saturday said it is rejecting the localized peace talks being pushed by the National Task Force to End Local Communist Armed Conflict (NTF-Elcac).

Under localized peace talks, the government will talk to local communist commanders instead of the CPP leaders.

“The Party … reject[s] the ‘localized peace talks’ of the NTF-Elcac,” said CPP spokesperson Marco Valbuena in a statement.

Valbuena added that the proposal is nothing but “a smokescreen for psywar (psychological warfare), pacification and suppression operations” of the military.

READ: NTF-Elcac to focus on localized peace talks with Reds

Earlier, National Security Adviser Clarita Carlos, who also serves as the vice chairperson of the NTF-Elcac, said the task force is recommending the conduct of localized peace talks.

Galvez said the government had tried a national approach in peace talks in the past, but it “ended up to nothing” compared to local peace engagements, which he called “successful.”

“What and where are these successes?” the party spokesperson said. “Certainly, we have not seen how ‘localized peace talks’ resolved the long-standing problems of landlessness, oppression and exploitation, even at the local level.”