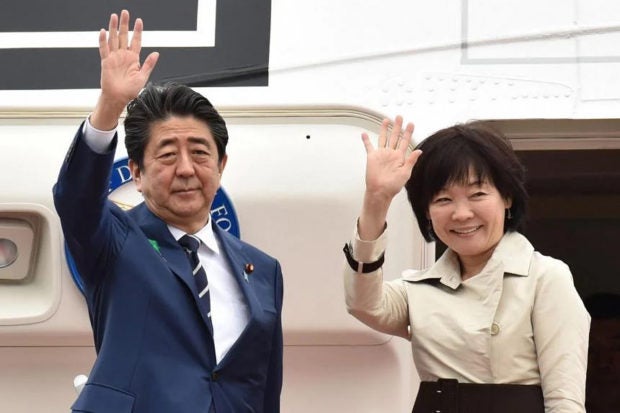 One can only guess at what went through the mind of Mrs Akie Abe on Friday (July 8) as she endured the long journey by train from halfway across the country to arrive at her husband’s side in a Nara prefecture hospital, where doctors struggled in vain to save him after he was shot.

Former Japanese prime minister Shinzo Abe was assassinated by a lone gunman in broad daylight on Friday during his speech at a political rally. He was campaigning for a party junior ahead of an Upper House election on Sunday.

Mr Abe, 67, was shot twice at 11:30 am local time, and pronounced dead in the hospital more than five hours later at 5:03 pm, just minutes after his wife arrived.

It is not clear where Mrs Abe, who is based in Tokyo, was when she was informed of the shooting. The fastest way from Tokyo to Nara by land takes about four hours by train, including a switch in Kyoto.

Videos online show Mrs Abe, 60, arriving at the Nara train station as officials in black suits opened the way for her to exit. 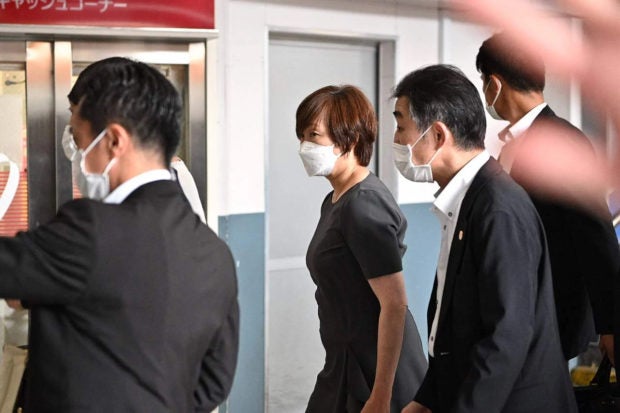 Mrs Abe had an openly loving and affectionate relationship with her husband, a rarity among Japanese politicians of their generation.

The couple, who were married for more than 30 years, regularly shared photos and videos of themselves attending events together on their individual social media accounts.

One of their last photos together that Mr Abe shared on his Twitter account last month shows them celebrating his mother’s 94th birthday with other family members. Mr Abe’s politician brother, Mr Nobuo Kishi, was also present.

In one video that Mr Abe posted on Instagram in May 2019, he is seen installing a wooden beaver door knocker – a gift from Canada – for Mrs Abe, who then cheerily puts it to test.

For a long time, Mrs Abe’s Instagram account was the only one of three that the former prime minister followed. The other two were accounts of officials.

She was the first Japanese premier’s spouse to make extensive use of social media, with more than 153,000 followers on Facebook and over 92,000 on Instagram.

Mrs Abe, whose maiden name is Akie Matsuzaki, is not your stereotypical soft-spoken and submissive Japanese wife.

When her husband was in office, she was not content to be confined to merely hosting diplomatic events and seeing to the decor of the official residence.

She had a reputation for being vocal about her progressive views, which often ran counter to those of her conservative politician husband – much to the reported disapproval of her mother-in-law and earning her the moniker of “domestic opposition” among the local media.

“I want to pick up and pass on the views that don’t get through to my husband or his circle,” Mrs Abe, who speaks fluent English, told Bloomberg in a 2016 interview. “That is a bit like an opposition party, I suppose.”

She had previously openly challenged Mr Abe’s key policies, including his support for nuclear power, the expansion of a US military base in Japan, and the setting up of the Trans-Pacific Partnership.

She was also known to be outspoken on women’s rights and medical marijuana, and has supported the lesbian, gay, bisexual and transgender cause, taking part in a pride parade in Tokyo in 2014. 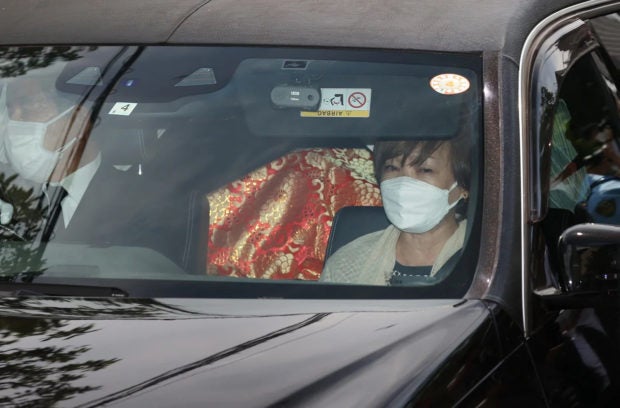 Mrs Akie Abe is seen in a vehicle carrying Mr Abe’s body arriving at their residence in Tokyo on July 9, 2022. PHOTO: EPA-EFE via The Straits Times/Asia News Network

Mrs Abe’s “ideas and those of other wives of prime ministers are different”, British tabloid Daily Mail cited one former associate as noting. “Rather than being a woman who is ‘useful’ within a male-dominated society, she wants to interact… as an autonomous person.”

Her outspoken public persona served only to enhance Mr Abe’s image, showing that he could tolerate different perspectives across society, analysts said at the time.

Mrs Abe has said, however, that she tried to be diplomatic in conveying critical opinions to her husband, taking pains to pick the right moment to do so.

“When he is being criticised by the opposition parties every day, if I go home and start nagging him again, he might ask me to stop it,” she said. “As his wife, there are times when I don’t want to attack him too much. Other times, I really feel I have to tell him something.”

As the daughter of Mr Akio Matsuzaki, the former president of chocolate-maker Morinaga, one of Japan’s best-known confectionery companies, Mrs Abe grew up in a wealthy and privileged household.

She was educated at exclusive Catholic schools in Tokyo, graduated from a vocational college, and earned a master’s degree in social design studies from Rikkyo University later in life.

She was working in Japan’s biggest advertising agency Dentsu when her boss introduced her to Mr Abe, then a rising political aide.

In the early years of their marriage, Mrs Abe worked as a radio deejay, broadcasting under the name “Akky”, as her husband worked to further his political career.

In 2006, Mr Abe become Japan’s youngest post-World War II premier at the age of 52. But that stint in the top office ended just a year later. Dogged by money-related scandals involving his ministers, he stepped down in 2007, citing ill health.

In 2012 – around the time that Mr Abe was embarking on his second term as prime minister – Mrs Abe opened a restaurant in Tokyo that served only organic food but withdrew from being actively involved in the business after her mother-in-law’s objections.

The couple have no children.

Mrs Abe had publicly spoken of the couple’s difficulties in conceiving; they underwent fertility treatments to no avail.

Mr Abe had suggested adoption but she could not accept the idea.

“I think it is all fate and I have to accept it… that we were not blessed with children,” she told the BBC in a 2006 interview.