Tokyo, Japan — Leaders and envoys from around the world reacted with shock and concern to the shooting of former Japanese prime minister Shinzo Abe on Friday.

Here are some key comments:

“This is a very, very sad moment,” US Secretary of State Antony Blinken told reporters at the G20 meeting in Bali, saying the United States was “deeply saddened and deeply concerned.”

“We don’t know his condition,” he said. “Our thoughts, our prayers are with him, with his family, with the people of Japan.”

Earlier, US ambassador to Japan Rahm Emanuel said he was “saddened and shocked.”

“Abe-san has been an outstanding leader of Japan and unwavering ally of the United States,” he said in a statement.

European Council president Charles Michel said he was “shocked and saddened by (the) cowardly attack.”

“My thoughts are with him and his family,” he tweeted. “#NATO stands with the people of our close partner #Japan.”

British Prime Minister Boris Johnson said he was “appalled” by the shooting.

“Utterly appalled and saddened to hear about the despicable attack on Shinzo Abe,” he tweeted.

“Our thoughts are with his family and the people of Japan at this time.” 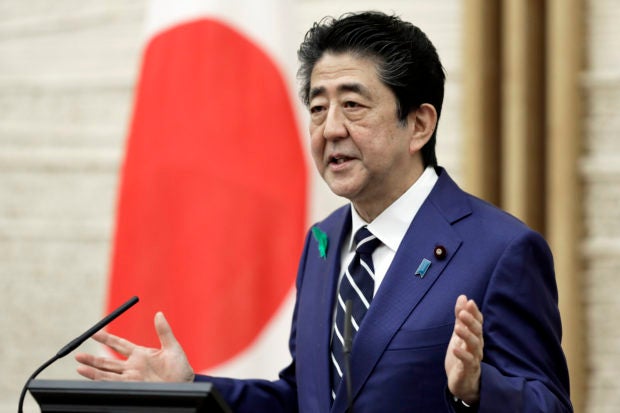 “Our thoughts and prayers are with him, his family, and the people of Japan.”

“We pray for the health of the former prime minister of Japan, Mr Shinzo Abe,” the Russian embassy in Japan said in a Facebook post.

“We strongly condemn the barbaric attempt on his life.”

Russian Foreign Minister Sergei Lavrov said in Bali that he had “offered condolences” to his Japanese counterpart.

The French embassy in Japan expressed concern over the “hateful” attack, saying its thoughts were with Abe and his loved ones.

“The French Embassy has learned with emotion and dismay of the hateful attack on former prime minister Shinzo Abe in Nara,” the mission said on Twitter.

“I am deeply shocked to learn that former Japanese Prime Minister Abe Shinzo was shot in Nara Prefecture this morning. This is a senseless act of violence,” he said in a Facebook post.

“Prayut and Abe are friends and they have a relatively close relationship as they met several times.”

“The Government and people of Malaysia are praying for his speedy recovery,” he tweeted.

Enrique Manalo, the foreign affairs secretary of the Philippines, expressed “great shock and dismay” at the attack.

“I extend my deep sympathy and pray for his early recovery,” he tweeted.

The Chinese foreign ministry said it was “shocked” by the shooting.

“(We) hope former PM Abe will be out of danger and recover soon,” spokesman Zhao Lijian said.

German Foreign Minister Annalena Baerbock said she was horrified by the attack on Japan’s former premier Shinzo Abe after he was shot at a campaign event.

“I’m shocked by the news that Shinzo Abe was shot,” she tweeted from a G20 meeting in Bali. “My thoughts are with him and his family.”