Bangkok says no to cannabis hub on Khaosan Road 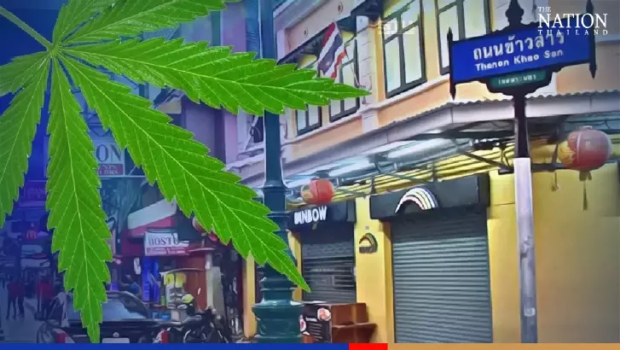 BMA deputy governor Chakkraphan Phiewngarm said the idea was not practical because the tourist destination is located close to several temples and schools.

“The decision will depend on the Public Health Ministry and its regulations to control the sale of cannabis, because the road is near schools and temples,” the deputy governor said.

He added that it would be too complicated to establish a cannabis hub because authorities would have to install equipment to measure whether the products sold exceeded the legal THC (tetrahydrocannabinol) level of 0.2 per cent. THC is the psychoactive compound in cannabis.

The hub idea was floated by Sanga Ruangwattanakul, president of the Khaosan business operators association.

He proposed it after photos surfaced on social media showing Khaosan street vendors openly selling cannabis leaves and buds, as well as ganja in cigarette papers.

Sanga said these vendors had come from elsewhere and were violating the rules by selling their products on the street rather than inside buildings. He said an organised cannabis hub would draw more foreign tourists to the spot.

The deputy governor responded by saying the BMA does not allow street vendors to sell cannabis, hemp and kratom openly. He said vendors must first register with the BMA and can only sell the products they name in the registration.

Chakkraphan said BMA law enforcers (thessakij) in all 50 districts have been ordered to clamp down on the sale of cannabis products, especially around schools.