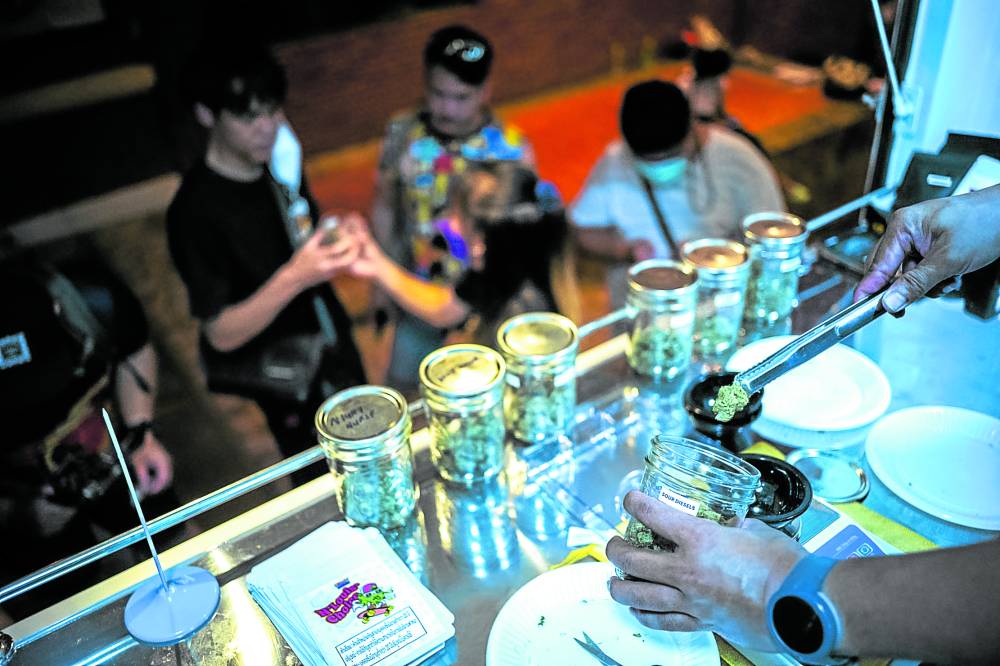 JUST LIKE BURGER STAND A Happy Bud staff holds up a piece of cannabis as tourists in Bangkok queue up on June 13 to buy what is now a decriminalized substance in Thailand. Cannabis has been removed from the country’s narcotics list, giving rise to such novel enterprises. —REUTERS

BANGKOK—“Amnesia,” “Jack Haze,” and “Night Nurse” are among marijuana strains on sale at a pop-up truck in Bangkok, as retailers cash in on demand for the newly decriminalized substance from foreigners and locals alike.

Thailand last week became the first Asian country to legalize the growing of marijuana and its consumption in food and drinks by delisting it as a narcotic.

The government has said it hopes the move will help the agriculture and medical research sectors of the economy. Sellers of the drug said the COVID-19-pandemic-battered tourism industry should also get a boost.

Smoking pot in public can violate health laws, however, and parliament is still debating a draft cannabis regulation bill meaning there is confusion about how it can be legally used. 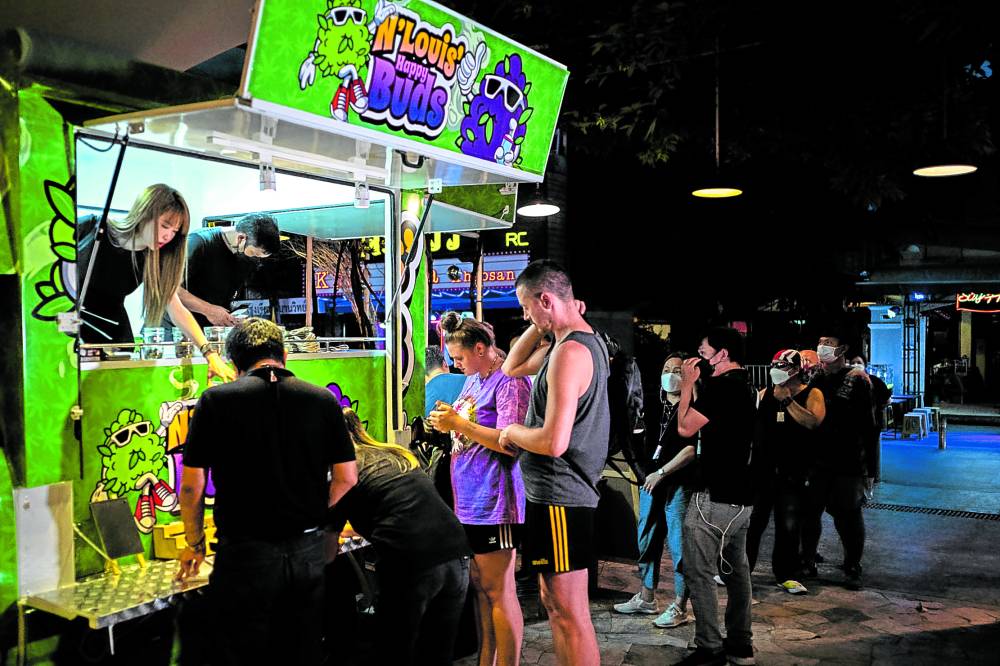 Keira Gruttner, a 32-year-old customer from Canada, was among tourists who queued at a green pop-up truck in tourist haven Khaosan Road, where staff weighed and packaged buds and crushed leaves.

“I think it might bring people from countries where it’s not legal. I could be another tourism pull for people,” she said.

The truck, located in an area of Bangkok popular with backpackers, is selling buds at 700 baht ($20) per gram and staff said the drug can affect users in different ways like helping them sleep better or easing anxiety.

Another foreign customer, Kentaro Kajima, described his purchase as a “dream come true” while dancing with a friend in front of the truck.

The Southeast Asian country, which has traditionally used cannabis to relieve pain and fatigue, legalized medicinal marijuana in 2018.