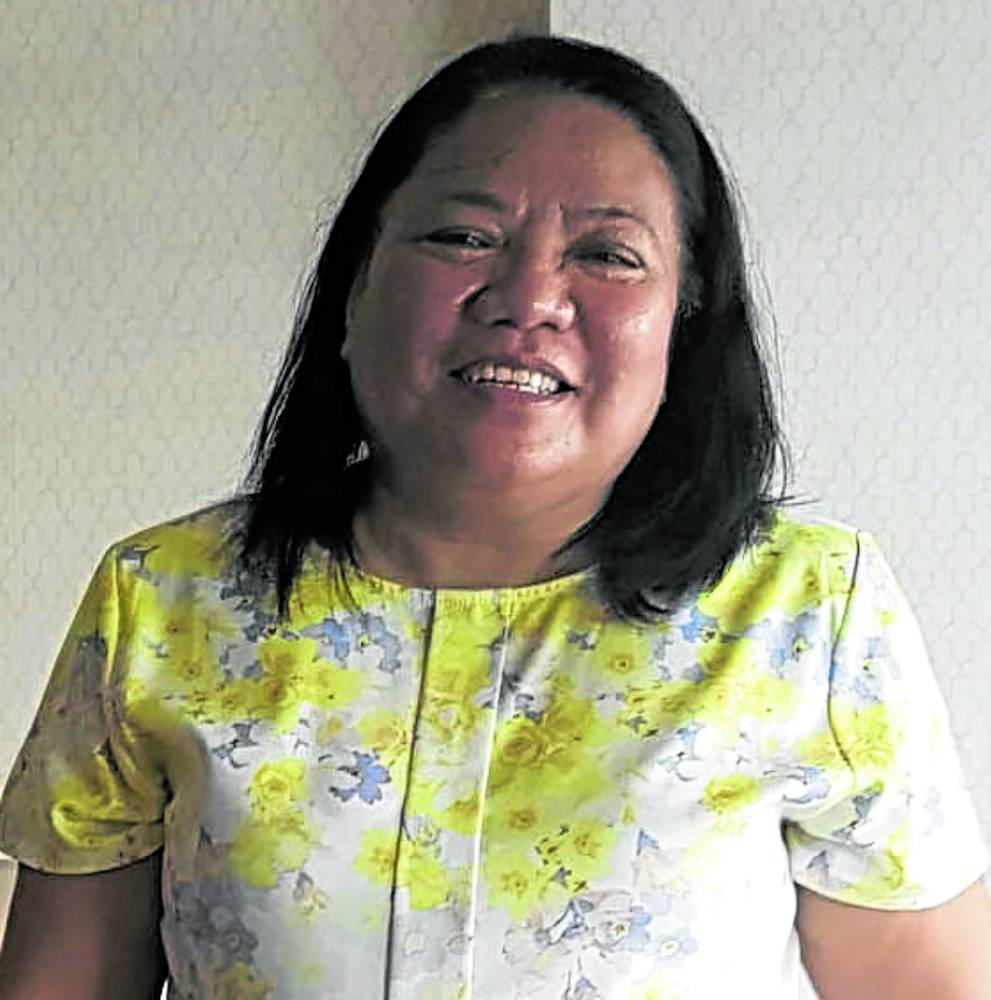 ILOILO CITY—President Rodrigo Duterte has come under fierce attack by the wife of former Iloilo City Mayor Jed Patrick Mabilog for once more linking her husband to the trade in illegal drugs.

“He still misses Jed,” Marivic Mabilog posted on Facebook on June 14, or two days after the President again publicly harped on her husband’s supposed illicit involvement, for which no charges have yet been filed.

“You had six years to prove to the world that Jed is guilty of your charges and you came up empty. Zero. Zilch. That is why you could never get over him. Your lies just blew [up] in your face.” On June 12 in a speech at a ceremony marking the lowering of the tunnel boring machine for the Metro Manila Subway Project in Valenzuela City, the President again launched into a discussion of his war on drugs and drug lords.

He named the suspected Western Visayas drug lord Melvin Odicta, who was gunned down along with wife Meriam by an unidentified assailant on Aug. 29, 2016, while they were disembarking from a passenger ship at the Caticlan port in Malay, Aklan.

He then mentioned Mabilog, along with invectives, and said he had told “Bong”—an apparent reference to his close aide, Sen. Christopher “Bong” Go—to tell Mabilog that the ex-mayor would be “next.”

He said it was his response to a purported query from Mabilog if the President was angry at him.

Mabilog was among the officials linked by Mr. Duterte to illegal drugs as early as August 2016. He has repeatedly denied the accusation.

In August 2017 he left the country to attend conferences in Japan and Malaysia; his wife and children flew out a month later reportedly because of security concerns. They have yet to return.

The Department of the Interior and Local Government removed Mabilog from office on Oct. 30, 2017, in compliance with a dismissal order issued by the Ombudsman who found him guilty of serious dishonesty in connection with his statement of assets, liabilities and net worth.

Nearly six years after being publicly and repeatedly accused by the President of involvement in the trade in illegal drugs, the former mayor has yet to be charged accordingly.

She said that her family was in a better situation now, and that the President should have directed his energy at finding the “real drug lords.”

“Oh but wait, normally you can’t smell the stink that is right under your nose, [right]? Look around you and look into the mirror. You will find the drug lords you have been pretending to look for,” she said.

In his recitation in August 2016 of public figures supposedly involved in the illegal drug trade, the President named then Mayor Mabilog along with other politicians, members of the judiciary and law enforcers.

Mabilog denied the allegation but said he was “remorseful” if his efforts against illegal drugs were not enough. He and the city government of Iloilo maintained that they had been actively implementing programs and activities against the trade in “shabu” (crystal meth).

Still, Mr. Duterte repeatedly and publicly accused Mabilog of being a protector of drug lords, and tagged Iloilo City as the “most shabulized” and the “bedrock” of illegal drugs.

During the commemoration of National Heroes Day in August 2017, the President ordered the assignment of controversial police officer Jovie Espenido to Iloilo City after again naming Mabilog as a drug protector.

“…You want to be assigned in Iloilo because Mabilog has been identified as a protector. Will he live? I just want to ask because they might again put the blame on me,” the President had said.

Espenido became controversial because of his record of assignments in places where alleged drug lords were killed in police operations.

In December 2020, Marivic Mabilog reacted sharply on social media to Mr. Duterte’s mention of her husband’s name again in a televised address a month earlier.

“Merry Christmas, Digong,” she said in a Facebook post, addressing the President by his nickname. “Spend the holidays better. Do you really miss Jed? Move on. Better yet, get a life. You’re fast running out of one.”

In September 2021, Marivic Mabilog once more responded online to the President’s tirade against her husband and also Sen. Franklin Drilon: “You brought up Jed’s name again. Do you miss him that much? Sorry, but he’s taken. I am the better choice, er, the best choice. Is there no chance that your mental illness will be cured?”

She decried Mr. Duterte’s repeated claim of her husband’s supposed involvement in illegal drugs, and said law enforcement agencies had cleared him of such allegations. —With a report from Inquirer Research