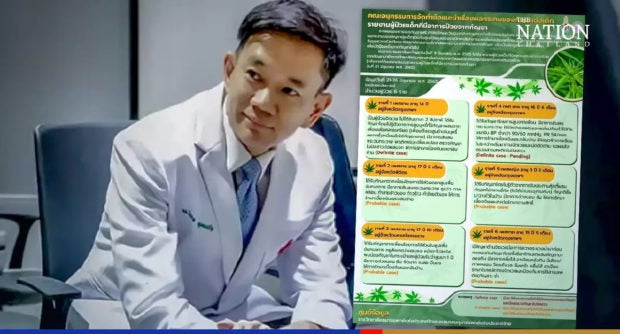 Many people have bought food, beverages and products with cannabis as an additive after the plant was legalised for medical and commercial use on June 9, causing dozens to suffer from the decriminalized herb’s side effects.

“The legalization of cannabis has caused medical staff to work harder, especially psychiatrists and neurosurgeons, as many children and teenagers have begun to suffer from side effects,” Opass said.

Citing the Royal College of Paediatricians of Thailand, the six cases are:

More than 100 people in Khon Kaen were reportedly hospitalized on June 17 with suspected cannabis allergies or overdose.

On June 15, Bangkok officials reported that four people had been admitted to hospital in the capital with suspected cannabis overdose. One died later of heart failure.