Bongbong Marcos urged to bring PH back to ICC fold 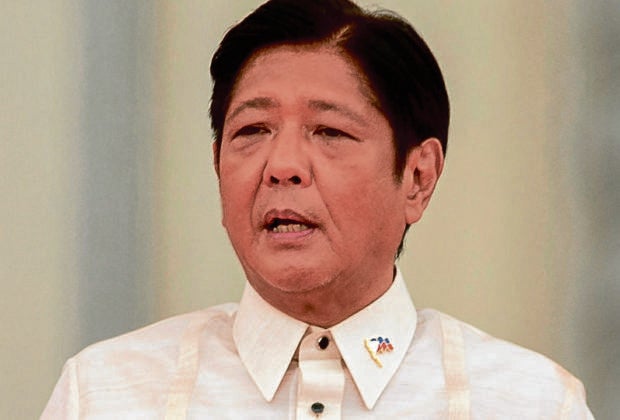 MANILA, Philippines — Human rights advocates want President Ferdinand Marcos Jr. to let investigations into human rights violations take their due course, particularly the International Criminal Court’s (ICC) inquiry into the drug war on his predecessor’s watch, while a lawmaker is seeking his support for a bill aimed at providing protection to human rights defenders.

In 2018 Duterte ordered the country’s withdrawal from the Rome Statute, the United Nations (UN) treaty in 1998 which established the ICC.

“Restoring the country’s membership in the ICC will not only bring positive impact to the country’s image, but it will also strengthen our defense against possible future acts of aggression by foreign countries and protect people from crimes against humanity committed by state forces,” said De Lima, who remains detained on drug charges brought about by the previous administration following her investigation into alleged human rights violations on Duterte’s watch as Davao City mayor.

Hontiveros also supported the call for the country’s return to the ICC’s purview. “The more we are a member of communities of shared values of human rights, the better,” she said.

Manlaban sa EJK affirmed that view, saying the President “should cooperate more closely with the ICC investigation, and, eventually, rejoin the assembly of state parties.”

The group’s convener, Tony La Viña, said it “firmly supports” the international court’s investigation into the drug war and other human rights violations in the country, as this “will achieve the ‘high level of accountability’ that Marcos has said he wants in human rights.”

La Viña was referring to Mr. Marcos’ remarks in June, following his meeting with UN Resident Coordinator to the Philippines Gustavo Gonzalez who said they “discussed three pillars of the UN: human rights, peace and development.”

The Commission on Human Rights (CHR), in response to that courtesy call, said it welcomed Marcos’ remarks and looked forward to his administration’s support in “advancing the human rights cause in the country, including the UN Joint Program on Human Rights.”

Former CHR chair Loretta Ann Rosales, asked to comment on the appointments to the commission now pending on Marcos’ watch, said: “While there is nothing we can do about him having the power to appoint the commissioners, we must stay vigilant and keep watch… We and the media can work hand in hand to keep the window of democracy open.”

The five-member body ended its term in May. Marcos is due to appoint a new set of commissioners.

“The avowal of President Marcos to fully respect human rights will be put to the test with the refiling of the Human Rights Defenders Protection Act as House Bill [No.] 77,” he said in a statement.

The opposition lawmaker said among the objectives of his bill was “to impose appropriate sanctions to counter impunity.”

Lagman’s measure seeks to penalize intimidation and reprisal, refrain from derogatory and unfounded labeling, ensure protection from arbitrary or unlawful intrusion or interference, and promote and facilitate human rights education and adopt a human rights-based governance.

The bill also seeks to establish a “protection committee” whose members will be appointed by the CHR.