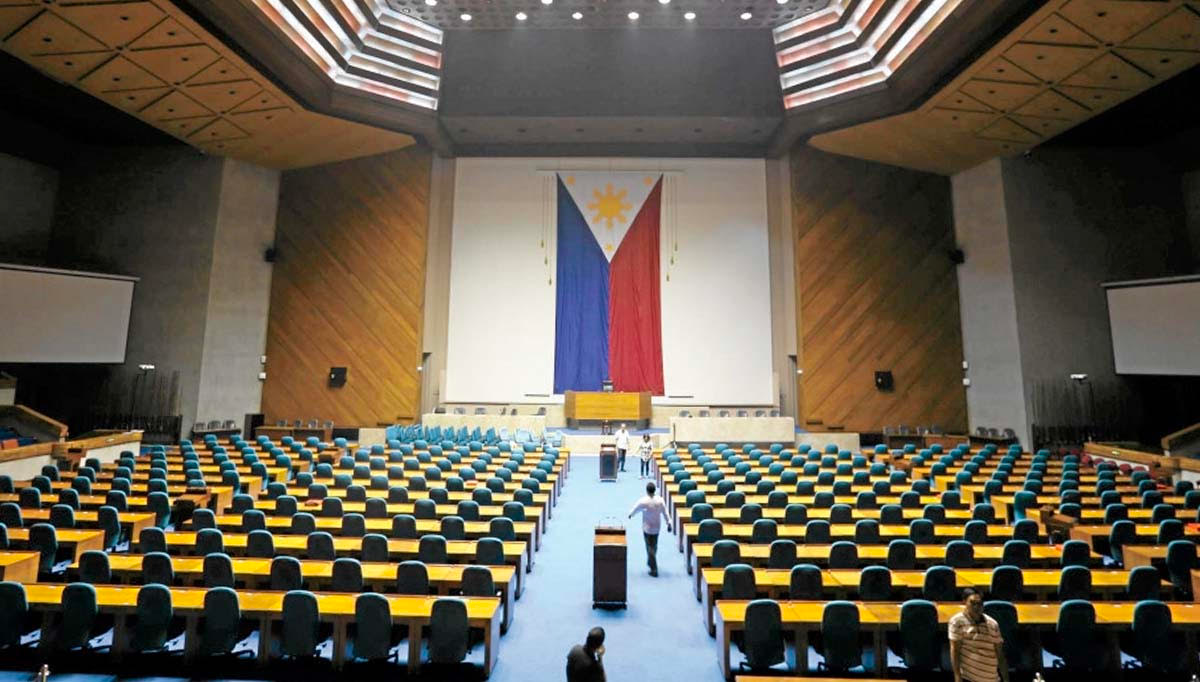 MANILA, Philippines—It was on the night of May 7, as thousands were in Makati City for the miting de avance of Leni Robredo, who the Koalisyong Makabayan backed, when a fake Commission on Elections (Comelec) resolution which “perpetually disqualifies” progressive candidates was posted online.

The resolution, condemned as “a desperate scheme of fascists,” claimed that the Comelec had disqualified lawyer Neri Colmenares and party-list groups ACT Teachers, Anakpawis, Bayan Muna, Gabriela, and Kabataan. However, the Comelec confirmed that the resolution was fake.

While Comelec spokesperson John Rex Laudiangco said that commissioners Socorro Inting, Aimee Ferolino, and Aimee Torrefranca-Neri, who were named as signatories to the fake resolution, confirmed that the supposed document was fabricated, the damage had already been done.

This came to light on Tuesday (June 28), when the International Observer Mission (IOM) released its final report on elections in the Philippines with a conclusion that it was “a failure of the democratic process,” especially because it took place in the most repressive context seen since the rule of the late dictator Ferdinand Marcos.

University of the Philippines Prof. Danilo Arao, convenor of Kontra Daya, an IOM partner, said that “throughout the election campaign, the government continued its orchestrated campaign of state terror,” stressing that as part of the government war on dissent, the entire government machinery was put into use.

This war, which saw relentless red-tagging, disinformation, and harassment, obviously took its toll on Makabayan, with the IOM saying that the election results exposed the extent of the fallout brought by the attacks against the candidates of the progressive coalition. 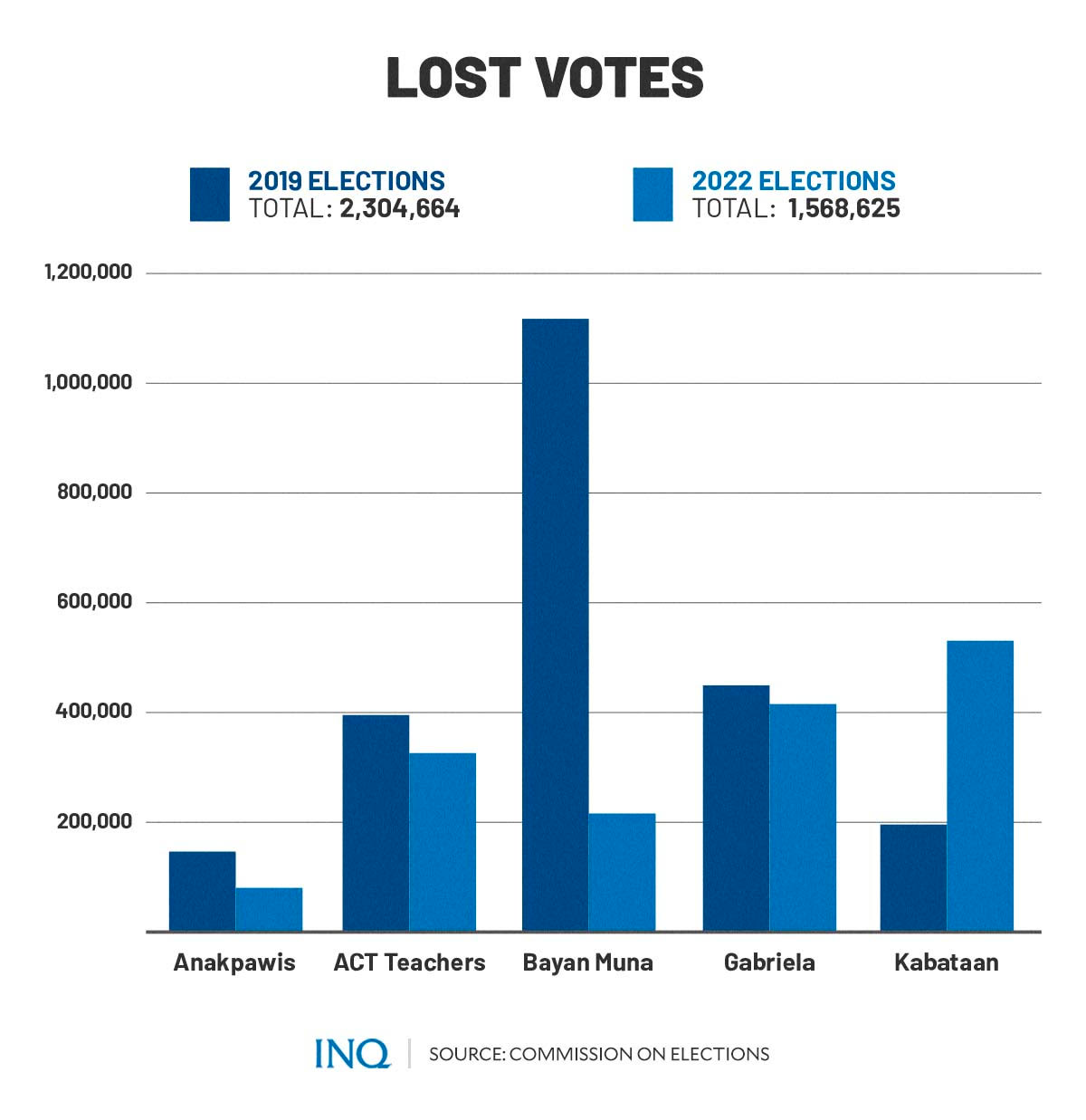 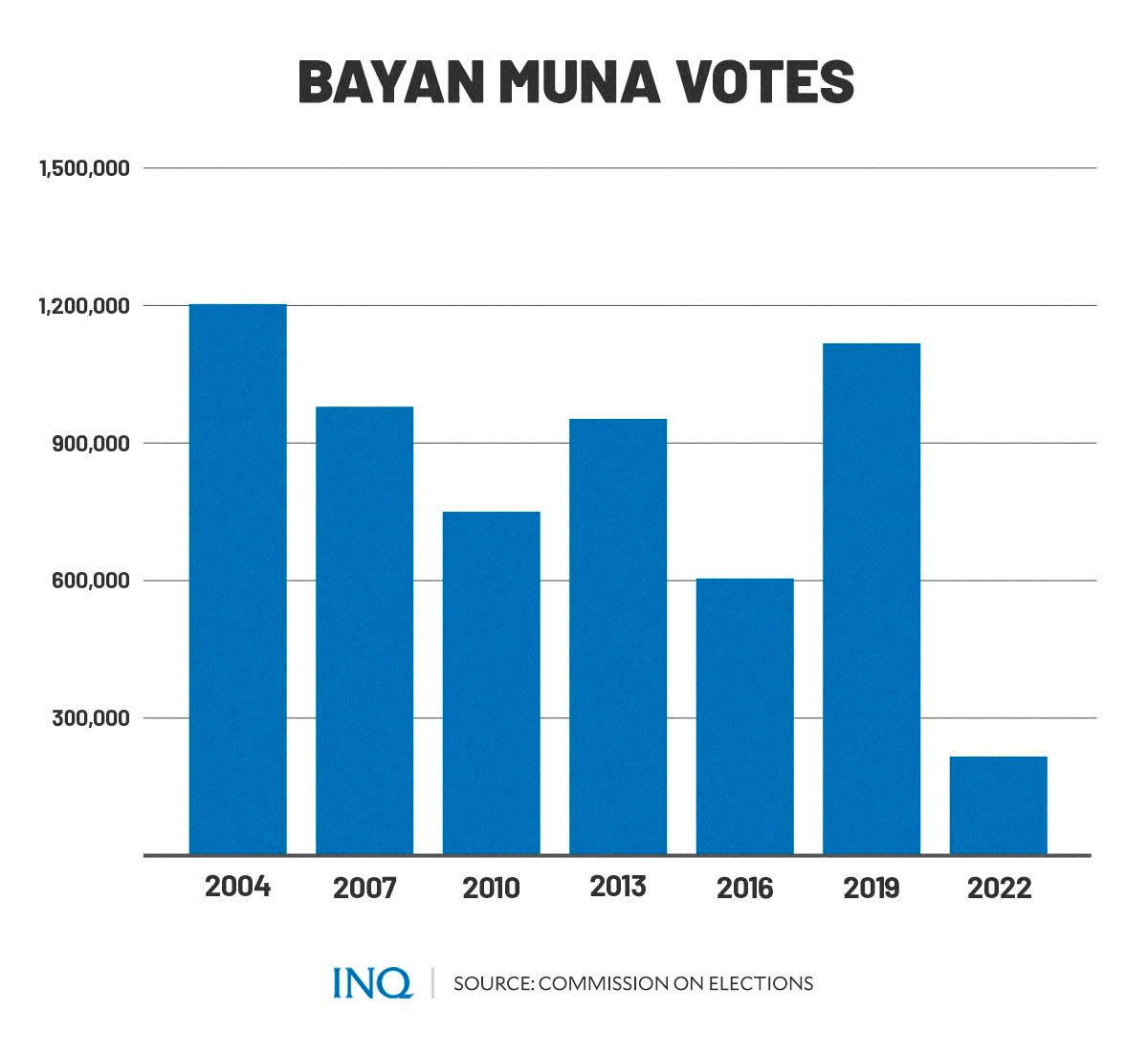 For Bayan Muna’s outgoing representative, lawyer Carlos Zarate, one of the reasons for the party-list group’s loss in the 2022 election was the consistent red-tagging and vilification from the government, saying that weeks leading to the election, President Rodrigo Duterte himself “led the campaign against us.”

The IOM, which was launched by the International Coalition for Human Rights in the Philippines in February, said “there was lot of red-tagging and intimidation” of people linked with Makabayan and Robredo, who the National Task Force attacked Against Local Communist Armed Conflict (NTF-Elcac).

As contained in the IOM report, NTF-Elcac spokesperson Lorraine Badoy attacked Robredo and even Baguio City mayor Benjamin Magalong and Sorsogon governor Chiz Escudero for their alleged links with or sympathy for the Communist Party of the Philippines (CPP) and the New People’s Army (NPA).

Last March 29, the mission, which was in response to InvestigatePH’s recommendation, said that the President “red-tagged the Makabayan party-list groups Anakpawis, ACT Teachers, Bayan Muna, Gabriela as ‘legal fronts’ of the CPP in his ‘Talk to the People’ broadcast, and urged the people not to vote for them [on Election Day].” 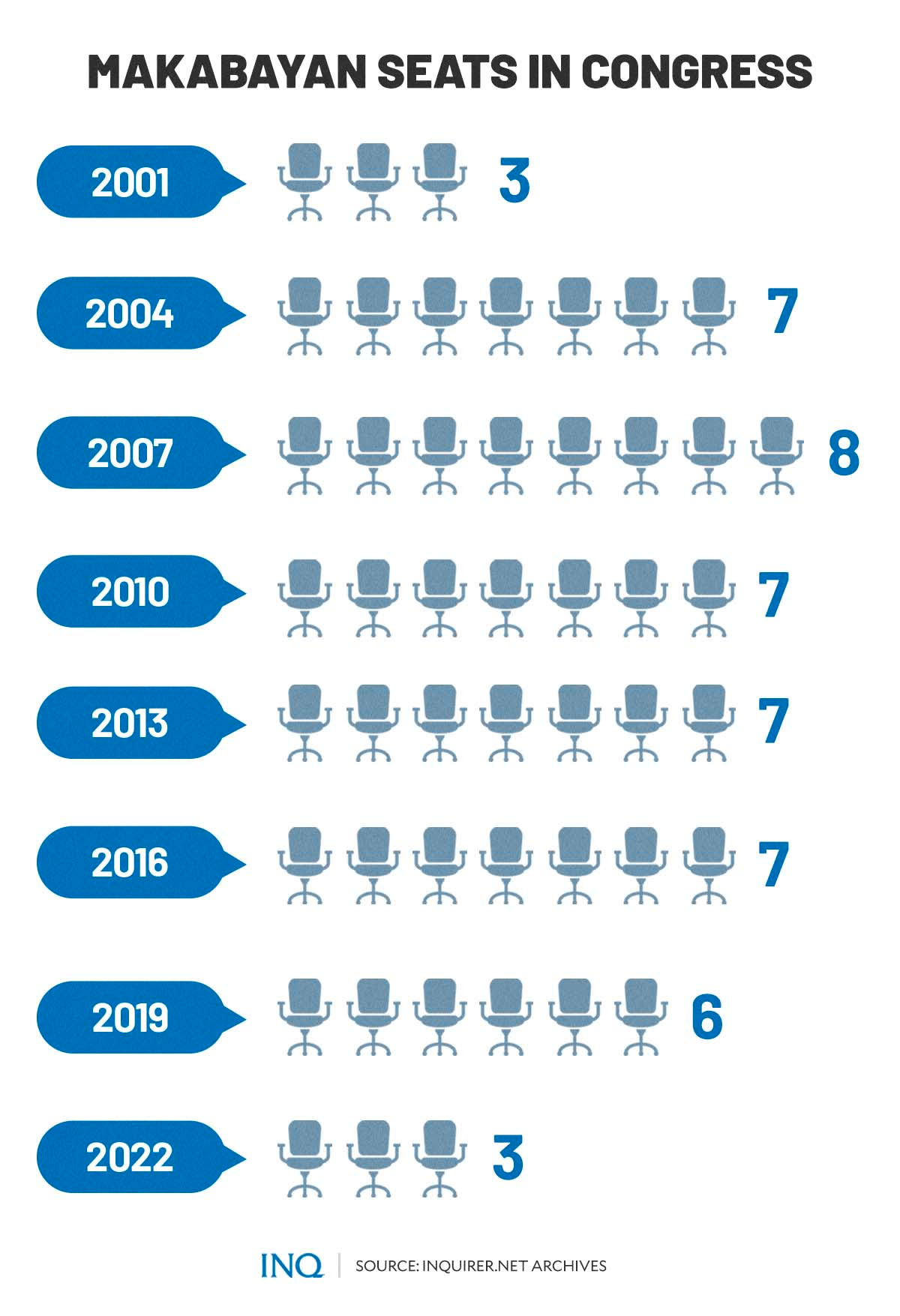 Zarate told One News on May 26 that “no other party-list group faced a campaign with this massive black propaganda, vilification and red-tagging than Bayan Muna and our colleagues in the Makabayan bloc.” Only Kabataan, Gabriela, and ACT Teachers will have a seat in the 19th Congress.

No way to fix damage

The attacks against Makabayan persisted even on Election Day, with Kabataan saying that it received reports that black propaganda against the progressive coalition’s candidates were spread in Quezon City and the provinces of Ilocos Sur, Negros Oriental, and Davao City.

The IOM stressed that while the Comelec said that the resolution was fake, some residents in Calabarzon, who the international observers interviewed, revealed that before the elections, they were already told that Makabayan candidates were disqualified and that their ballots would be invalidated if they voted for them.

It continued that in a province in Central Visayas, it was observed that mass text messages were an important tool for spreading disinformation, saying that it was common there to receive messages from unknown numbers accusing the progressive candidates of having links with the CPP or being disqualified from the election.

“Voters of all political persuasions were bombarded with a deluge of false information and red-tagging online, in schools, and in their text messages. The effect of unverified claims repeated many times and from many sources cannot be understated,” the IOM said.

The international observers likewise shared that in Central Visayas, red-tagging and electioneering took its toll on ACT Teachers as incidents, like a local public school head’s message convincing teachers not to vote for the party-list group and instead, vote for Una ang Edukasyon, were observed.

It stressed that the harassment and red-tagging of Makabayan did not only come from the government and the people backing then presidential candidate Ferdinand “Bongbong” Marcos Jr. but also from the Philippine National Police and Armed Forces of the Philippines: “This way, the State intervened with the democratic process of the elections.”

Two weeks before the elections, military forces in Central Luzon distributed flyers and posters red-tagging Makabayan. “The flyers and posters consist of ‘statements’ from purported former members of [the] CPP, NPA [and the] National Democratic Front. These flyers were distributed by police officers in full battle gear,” it said.

This was the reason that the IOM, in its recommendation, said that “the military must be excluded from all aspects of the electoral process […] military officials should not make public statements in support of or in opposition to any candidates or parties running in the election.”

Fight will go on

Chris Ferguson, one of the IOM commissioners and former general secretary of the World Communion of Reformed Churches, said that the “the tendency towards a one-party state evident under the Duterte regime was omnipresent in the results of the May vote.”

He continued: “Similarly, the party-list system has been corrupted by dynastic politics to the point where only a shrinking sliver of the successful groups represent disadvantaged or marginalized sectors in Philippine society.”

However, Makabayan, as stressed by Zarate, said that “it’s not the end”. “Now more than ever, the rightful calls of Filipinos for a change in the system will be louder,” he said.