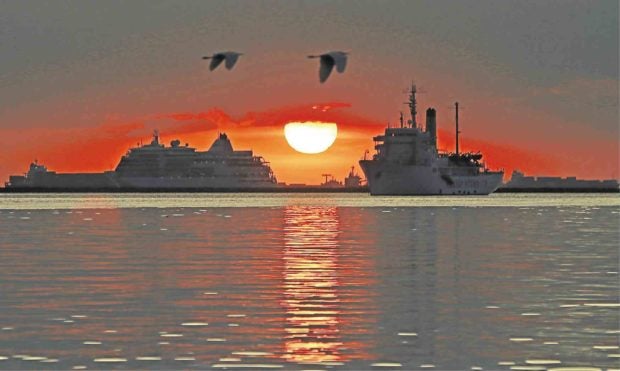 MANILA, Philippines — The Department of Tourism (DOT) reported Wednesday a “resurgence” in domestic tourism last year despite persistent threats of the COVID-19 pandemic.

“The DOT attributes the resurgence of domestic tourism to the collaborative efforts of the national and local government units to standardize health and safety protocols, reinforced by the active participation of tourism stakeholders from the private sector,” DOT Branding and Marketing Communications Assistant Secretary Howard Lance Uyking said in a statement.

“The Department’s aggressive campaign on domestic tourism carried out with our regional offices, and with the help of local tourism offices across the country, restored Filipinos’ confidence to travel,” Uyking explained.

The DOT, however, reported a decline in foreign visitors as Philippine borders remained closed in 2021.

“Visitor spending or tourist receipts generated in 2021 recorded an estimated PhP 8.49 billion, a decrease of 89.67% from the visitor receipts of PhP 82.24 billion recorded in the same period of the previous year,” the DOT said in a statement.

In 2021, the DOT noted that a tourist spent an average of P7,000 a day in the Philippines and stayed for an average of around 10 nights.

“PTSA reports have been a critical tool in helping the DOT develop the tourism sector as a significant socio-economic activity, generate foreign exchange, employment, and information dissemination on the importance and benefit of the tourism sector for both private and public sectors,” DOT OIC-Secretary Edwin Enrile said in his opening remarks during a forum on Tuesday, June 28.

Figures from the PTSA report were presented during the forum.

“Armed with this data and information, the DOT can further improve and refine its current plans and programs, learn from its weaknesses, and pinpoint where our strengths and opportunities lie amidst the pandemic,” he added.

The DOT said Tourism Satellite Account “is a standard statistical framework and the main tool for the economic measurement of tourism, developed by the United Nations World Tourism Organization (UNWTO), Organisation for Economic Co-operation and Development (OECD), among other statistical organizations, which allows the measurement of the contribution of tourism industries to Philippine economy.” — Iliana Padigos, INQUIRER.net intern

PH tourism rising on its feet as COVID rules ease