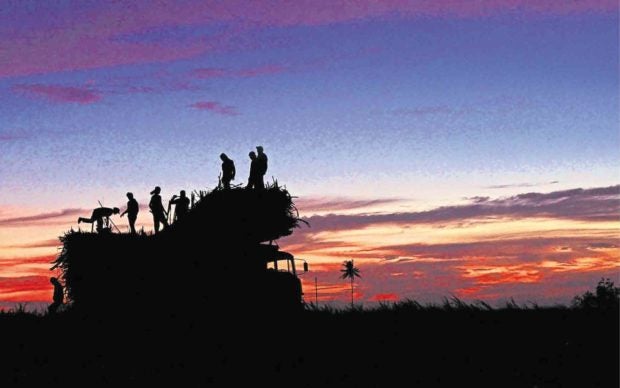 FILE PHOTO: Sugar plantation workers, like these ones in Hacienda San Isidro in Silay City, Negros Occidental, will be among the first to suffer from a collapse of the sugar industry. NONOY CATUGAS/CONTRIBUTOR

BACOLOD CITY — Negros Occidental Vice Gov. Jeffrey Ferrer on Wednesday, June 22, expressed hopes that the much-awaited reforms in the sugar industry will be realized under the administration of President-elect Ferdinand Marcos Jr.

This, he noted, includes the full implementation of the sugar road map and utilization of the Sugar Industry Development Act fund.

Marcos Jr.’s decision to lead the Department of Agriculture, according to Ferrer, is a good sign that he is serious about fulfilling his campaign promise that agriculture will be a priority in his administration, and this will help Negros Occidental achieve food security and defeat the insurgency.

“Under your (Marcos) able leadership, we believe that we can transform Philippine agriculture and in time, make it less import-dependent,” Alba said.

“We, in the sugar industry, have been unfairly labeled as a sunset industry. But we are confident that with you at the helm we can achieve self-sufficiency and even become a net exporter of agriculture products,” he added.

Alba said they look forward to working with the incoming president to rebuild the agriculture sector.

“We have worked on plans for decades to improve productivity but this was never realized because previous administrations or the Cabinet members they appointed, failed to see that agriculture is vital in nation-building”, he said.

“With President Marcos making it his priority agenda, hope for our thousands of farmers and millions of their dependents have been rekindled and we are grateful for this and we vow to help him achieve this,” Alba added.

AALCPI has over 11,000 sugar-producing members in Negros alone.

Meanwhile, the National Congress of Unions in the Sugar Industry of the Philippines (NACUSIP)  said it is too early to judge the competence and capacity of  Marcos Jr. as agriculture secretary.

“We cannot say at this point that he will be the best or the worst agriculture secretary. We need to give him the benefit of the doubt just as what has been extended to his predecessors. There is no magic pill in solving the current issues affecting the agriculture sector [especially] the sugar industry. Not even so-called agriculture bureaucrats and technocrats have been successful in the past,” said NACUSIP national president Roland de la Cruz.

The agricultural sector, including the sugar industry recently, has been suffering from threats coming from different fronts such as the sugar importation liberalization, smuggling, high costs of fuel and farm implements, high cost of fertilizers and other factors that affect production, among others.

NACUSIP calls on Marcos Jr. to appoint officials of the Sugar Regulatory Administration who represent the interests of the stakeholders of the sugar industry and are responsive to the needs of the greater majority of sugar agrarian reform beneficiaries, sugar farmers, farm workers, mill workers, planters, and millers.

The sugar industry needs the government’s support to provide fuel and fertilizer subsidies and financial stimulus to sugar ARBs, farmers, and planters as well as to sugar mills to increase capacity and efficiency to cut down the cost of sugar production, De la Cruz said.