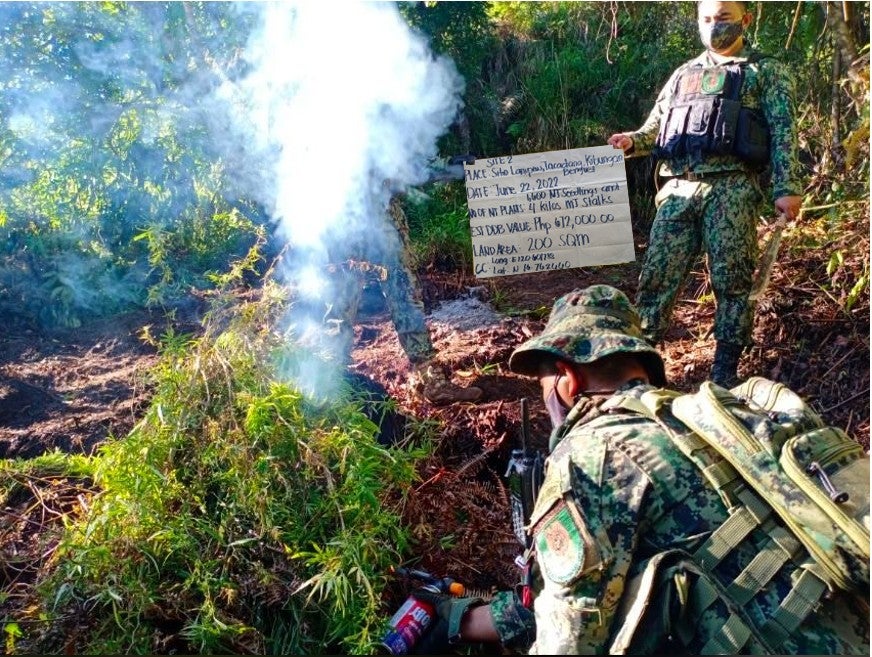 MANILA, Philippines — Marijuana leaves, seeds, and stalks from two plantations in Kibugan town in Benguet province valued at P848,000 have been confiscated and scorched by police.

A report from the Philippine National Police-Public Information Office (PNP-PIO) on Thursday disclosed that the Provincial Mobile Force Company of the Benguet Police Provincial Office was able to seize 880 fully-grown marijuana plants, 1,600 marijuana seedlings, and four kilograms of marijuana stalks during an operation on Wednesday.

The two clandestine marijuana farms were found in Sitio Lanipew, Tacadang in Kibugan municipality, it added.

PNP officer-in-charge Lt. Gen. Vicente Danao Jr. said that no suspect or cultivator was arrested. But he assured the public that follow-up operations are being conducted.

“There were no cultivators present during the successive operations. But authorities are set to do a follow-up investigation regarding this. I am positive that the operation served as a warning to those [involved] in this line of illegal business,” he said.

A similar operation was conducted by the PNP recently in nearby Kalinga province, specifically in Tinglayan town.