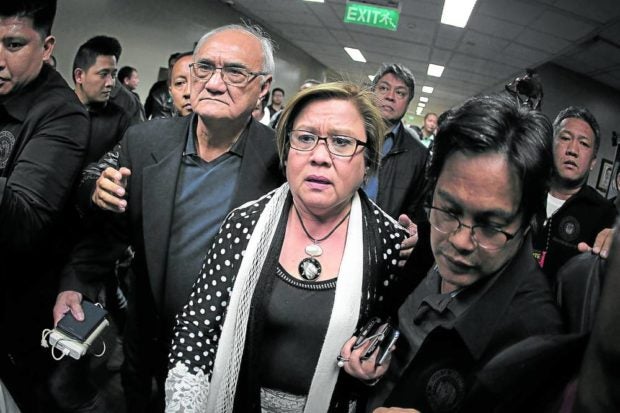 In an order, the Muntinlupa Regional Trial Court Branch 204 approved De Lima’s extreme urgent motion for medical furlough from June 19 to 25 for surgery and hospital confinement as recommended by her doctor.

“According to accused Senator De Lima, during her medical check-up last 05 April 2022, in one of the routine check-ups of her OB-GYN, Dra. Aida Bautista, she was diagnosed with Pelvic Organ Prolapse Stage 3 and was advised to undergo Vaginal Hysterectomy with Anterior and Posterior Colporrhany at the soonest possible time,” noted the order, a copy of which was furnished to reporters on Friday.

De Lima’s personal doctor, Dr. Errol Santelices, suggested that the senator be confined for at least five days “to fully observe and evaluate the status of her recovery, and to assess if her heart condition is being affected, considering that she had a suspected Transient Ischemic Attack (mild stroke) last April 2021,” it further read.

In granting her request for medical furlough, the court ordered that De lima be accompanied by proper police escorts.

The Muntinlupa Regional Trial Court Branch 256, which hears the other case of De Lima, also granted the request, her office told reporters.

De Lima has been detained since February 2017 over what she has repeatedly described as “trumped-up” charges against her.

One of her three cases has been dismissed while two are still undergoing trial.

Earlier, the detained senator decried the decision of Justice Secretary Menardo Guevarra to continue the prosecution of her remaining cases despite several witnesses recanting their testimony against her.