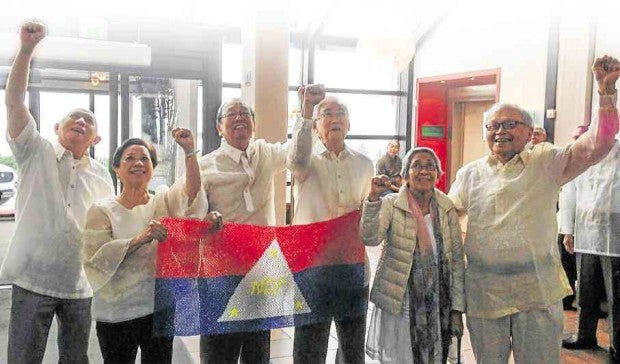 MANILA, Philippines — The Communist Party of the Philippines (CPP) branded as “shameless, baseless and outrageous” the Anti-Terrorism Council (ATC) terrorist-tag of the former chief negotiator of the National Democratic Front of the Philippines (NDFP) Luis Jalandoni and five other personalities being associated with the communist movement.

“The Party and the revolutionary movement firmly denounces the ATC for the shameless, baseless and outrageous claim that Ka Louie et al are ‘terrorists,’” CPP spokesperson Marco Valbuena said in a statement on Wednesday.

“This forms part of the continuing effort of the Duterte fascist regime to malign the revolutionary movement and vilify revolutionaries, patriots and progressives who have long advanced the Filipino people’s aspirations for national liberation and democracy,” Valbuena added.

The terror tags would allow the Anti-Money Laundering Council to investigate and freeze assets and property of the individuals on the ATC list.

The ATC tag, Valbuena said, “aims to slander them and restrict their democratic rights.”

Valbuena said the ATC designation also “aims to obscure the deep economic, social, political and cultural roots of the national democratic cause that is being advanced through revolutionary armed struggle and other forms of collective people’s resistance.”