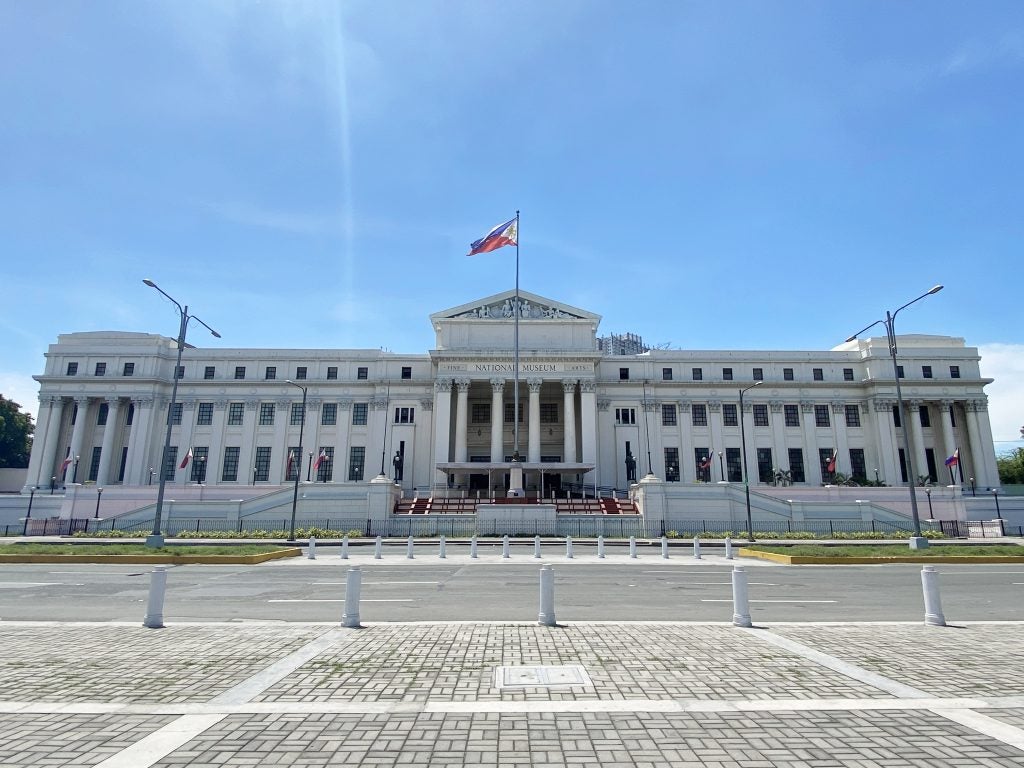 The National Museum of Fine Arts. Photo from www.nationalmuseum.gov.ph

MANILA, Philippines — The National Capital Region Police Office (NCRPO) has assured the public that it is ready to secure the inauguration of President-elect Ferdinand “Bongbong” Marcos at the National Museum on June 30.

According to NCRPO on Thursday, aside from several road closures, the one-kilometer radius of the National Museum will be declared a no-fly zone for drones and aircraft, while several ports and waterways near the establishment have also been inspected.

“To ensure success, zero casualties, and any untoward incident in the upcoming inauguration, final security preparation has been finalized and laid down. This is to guarantee a smooth transition of political leadership in the country amid the continuing threat of the current health crisis,” NCRPO said in a statement.

“Relative to this, the airspace within a one-kilometer radius of the National Museum will be declared as ‘no-fly and no drone flying zone’ as well as all the ports and waterways will be secured to preempt entry of would-be saboteurs,” it added.

The following roads will be closed to the public:

Backpacks also wouldn’t be allowed in all VIP areas to ensure the safety of everyone.

“The ‘No Backpack Policy’ in all VIP engagement areas will also be implemented. This is to help security forces monitor more easily potential terror threats during the said occasion,” NCRPO explained.

NCRPO director Maj. Gen. Felipe Natividad assured that they have contingency plans in case of other problems.

“We have not monitored any threat ahead as of this moment but we are continuously and closely monitoring and coordinating with our counterparts,” Natividad said in the same statement.

As such, only uniformed personnel of the armed services who are performing official duties will be allowed to carry firearms.

PNP has been preparing for the security aspect of the inauguration of the two winners in the 2022 national elections.  De Leon said on Tuesday that the number of police officers deployed to the inauguration has also been increased to ensure the safety of the event.

From the initial 2,000 PNP personnel, 3,700 officers will now be deployed in Davao City for Vice President Sara Duterte’s inauguration on June 19.

Meanwhile, over 6,200 cops would be present for Marcos’ inauguration at the National Museum.