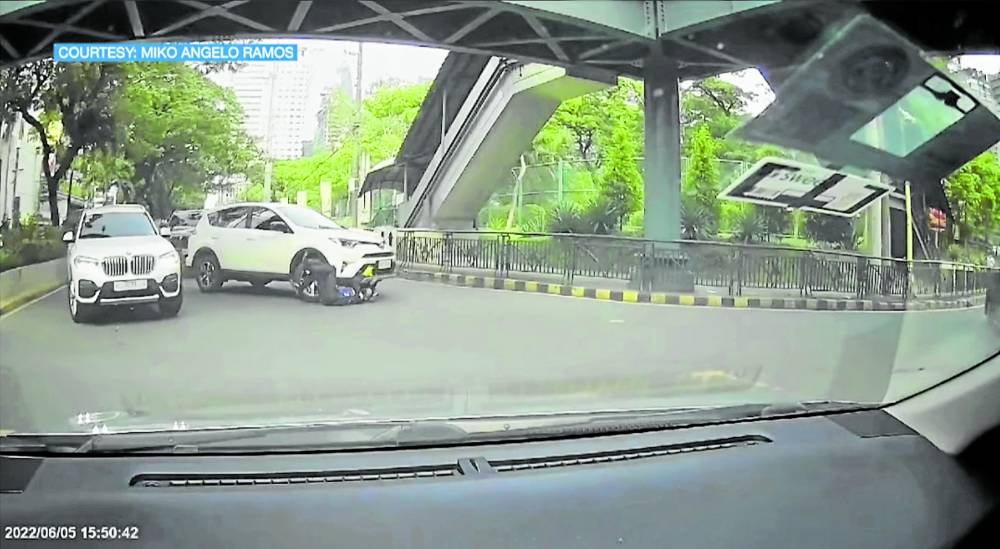 MANILA, Philippines—The security guard who was hospitalized after being intentionally ran over by a motorist in Mandaluyong City has been discharged from the hospital, the city police chief confirmed on Friday (June 10).

Mandaluyong City police chief Col. Gauvin Mel Unos told reporters after the hearing of the case at the Land Transportation Office (LTO), however, that police do not know where the security guard is now.

“The security guard is currently in a better condition, he was already discharged by the hospital, but we do not know his whereabouts,” said Unos, speaking in Filipino.

The owner of the Toyota RAV4 that went viral on social media after a dashboard camera caught the vehicle ramming the security guard and running over him has not appeared at the LTO or police. It was not clear if the owner was the one driving the SUV during the hit-and-run case.

Unos said that an alarm has been raised for both the vehicle and the license of the car owner, which would allow authorities to flag down the SUV.

“Maybe I cannot speak on that as of now as they did not talk also.  Although of course, we have mentioned details about those things before,” said Unos when asked to identify who was charged with the hit-and-run case.

“We can hold the vehicle, and we can impound it, hold the vehicle.  Actually we tried to visit the suspect’s residence but the car was not really at their home,” Unos said.

It could be recalled that the RAV4, with license plate NCO 3781, hit a security guard managing traffic flow at the intersection of Doña Julia Vargas Avenue and St. Francis Street.  But instead of helping the victim who fell to the ground, the driver instead ran him over and sped away.

The security guard suffered several broken bones and bruises, and had to be monitored at the intensive care unit of a hospital.

The RAV 4 driver is facing charges of frustrated murder and victim abandonment. Last Wednesday, Unos said police also filed obstruction of justice complaints against the security guard of the subdivision, where the suspect is believed to be residing, after they refused to cooperate with the investigation.