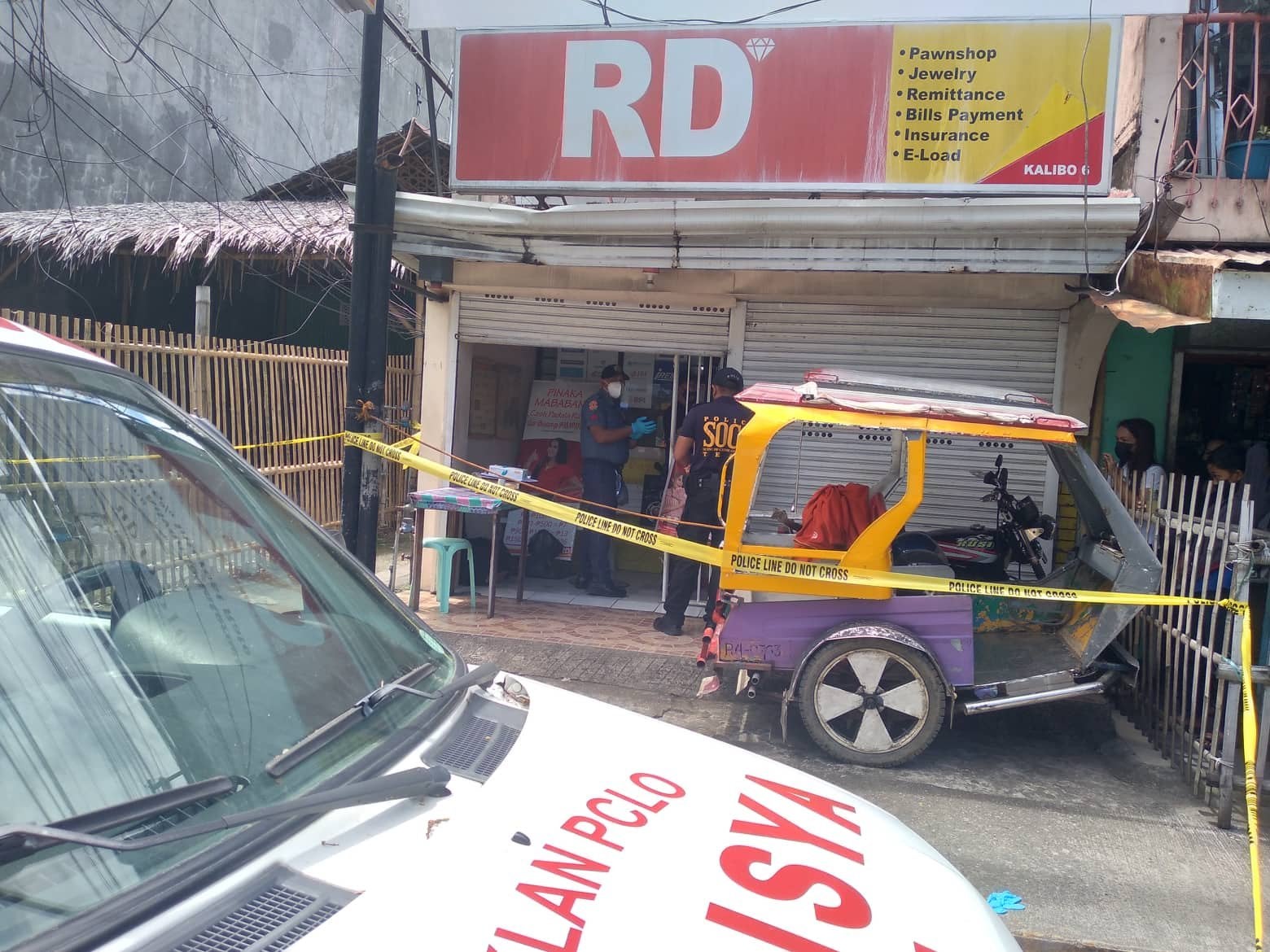 MANILA, Philippines — The regional police on Tuesday said that it has launched a manhunt operation for a security guard of a pawnshop in Kalibo, Aklan after its manager was found stabbed to death inside the establishment.

The victim, identified as Bonna Ambay, 23, was found dead inside a pawnshop located at Mabini St. Poblacion, Kalibo, Aklan on Monday morning, according to Kalibo Municipal Police Station.

A guard on duty found out that the folding grill found inside the Pawnshop was allegedly open. They found Ambay’s lifeless body lying on the floor full of blood.

“Investigation revealed that the victim suffered multiple stab wounds on different parts of her body,” the Kalibo municipal police said in a report.

An official of the pawnshop, however, said that there were no valuable items missing from the pawnshop and their vault was intact.

Torriefiel and his live-in partner left their residence not long after.

“Based on the CCTV footage, at around 05:30 PM of June 5, 2022, SG TORRIEFIEL left the establishment alone loaded in a tricycle and allegedly brought his service firearm .38 revolver owned by their agency, since no service firearms were recovered at the crime scene,” the municipal police said.

The report further said: “During the conduct of follow-up investigation, the service firearm .38 revolver was recovered at the suspect residence at Brgy. Cajilo, Makato, Aklan hid under the banana tree near his house, and the suspect already fle[d] together with his common-law wife and boarded [a] … ship in Caticlan on the night of June 05, 2022.”

Kalibo mayor-elect Juris Sucro offered a reward of P30,000 for those who can lead to the capture and arrest of the suspect, according to the police.