Diminishing opposition in Congress: The danger of a rubber stamp legislature | Inquirer News

Diminishing opposition in Congress: The danger of a rubber stamp legislature 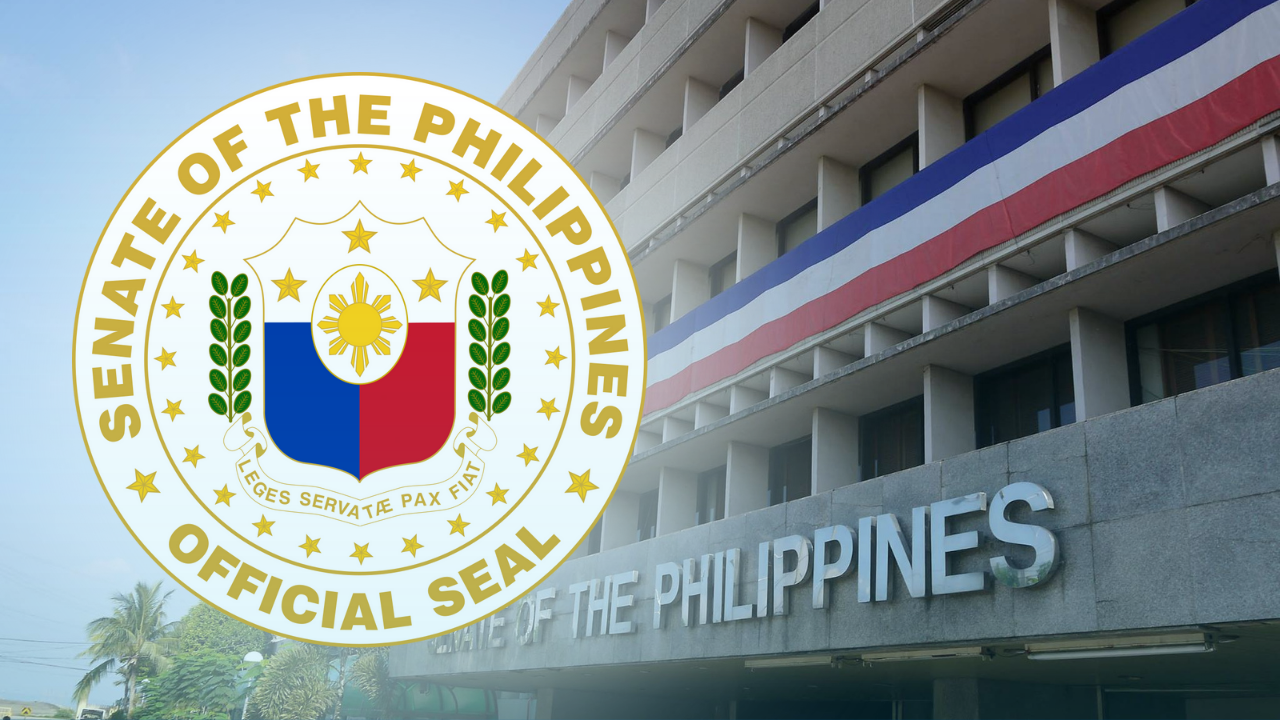 Prof. Jorge Tigno, of the University of the Philippines (UP) Diliman’s Department of Political Science, used this single word to describe the impact of having a severely diminished minority bloc in the Senate.

Having no real opposition at the higher chamber of Congress, Tigno said, would turn the legislative branch of government into a rubber stamp.

READ: Hontiveros may be lone oppositionist in Senate

Hontiveros was the only original member of the senatorial slate of Vice President Leni Robredo who won as Chiz Escudero and Joel Villanueva, who received over 20 million and over 18 million votes, were only guest candidates.

With the result of the elections, she stressed over Radyo5 that she is still confident that there will still be a real Senate minority, saying that “an opposition cannot be lost, the minority cannot be lost, especially in an institution like the Senate”.

RELATED STORY: ‘I am not alone,’ Hontiveros says of win

However, with Hontiveros being the only clear opposition, Tigno said a rubber stamp Congress is dangerous because “it can lead to a situation where the President can bypass Congress altogether a la Amendment No. 6 in the 1973 Constitution”. The amendment allowed the late strongman Ferdinand Marcos Sr. to stay in power for more than 20 years.

Tigno said there’s a reason Congress—the Senate and the House of Representatives—is composed of many individuals: “To reflect the diversity of society.”

But Tigno told INQUIRER.net that “it looks like we’re going to have a largely monolithic Congress—the Senate and the House of Representatives—for the next three years at least”.

He said while this will likely be seen as a good thing by the incoming administration of Ferdinand “Bongbong” Marcos Jr. given its “unity” campaign theme, this is not how Congress works in a democracy—where deliberations are essential to lawmaking.

Minority in the Senate

Looking back, previous Congresses saw Senate minority blocs with five members or even more, except for the 18th Congress (2019 to 2022), which only had Hontiveros, Leila de Lima, Franklin Drilon and Francis Pangilinan.

When Gloria Macapagal-Arroyo was in Malacañang, more senators were part of the minority—Trillanes, Aquino III, Arroyo, the two Cayetanos, Pangilinan, Aquilino Pimentel Jr., and Manny Villar in the 14th Congress (2007 to 2010).

Tigno stressed that beyond its legislative function, Congress is a deliberative body: “You take away this essential feature, Congress becomes a rubber stamp tool to serve the interest of the President.”

For assistant Prof. Sol Iglesias, “the lack of a substantial minority or opposition in the Senate will impair its ability as a whole to perform its check-and-balance role vis-a-vis the executive under the President”.

“A Senate and a House of Representatives that is utterly pliant to Malacañang is not in the public interest. There are so many examples from the past six years that demonstrate why we need a stiff legislative backbone,” she told INQUIRER.net.

This was likewise stressed by Prof. Maria Ela Atienza, saying that a real opposition reminds the Senate and even the House of Representatives that Congress should be an independent body that should provide checks and balances.

Iglesias and Atienza are from UP’s Department of Political Science like Tigno, who said that a lot of Filipinos elected their lawmakers to check presidential power—“the essence of the principle of checks and balances”.

“Having a YES Congress is not healthy. Unfortunately, Congress is populated by political animals who look upon deliberation and oversight more as a burden and an encumbrance rather than as a responsibility,” he said.

Atienza told INQUIRER.net that given the current composition of the Senate, “there will be a smaller group to subject all actions and proposals of the majority to scrutiny”.

She said Hontiveros will have to get support from civil society organizations to present alternative positions and views to try to influence the majority, saying that she may even be subjected to harassment and threats.

Atienza shared as an example the harassment against the opposition, especially De Lima, in the time of Duterte.

In 2017 De Lima was arrested on what she described as “fabricated charges” against her. The arrest came after she initiated investigations on the alleged extrajudicial killings of the Davao Death Squad and the unabated killings in the government’s war on drugs.

For Iglesias, the unjust detention of De Lima is instructive, saying that “most of her colleagues had been silent over her persecution, even now as the recantations paint a picture of abuse of power to silence her Senate inquiry”.

One example, too, she said, is the investigation that was led by the Senate Blue Ribbon Committee on government contracts with Pharmally Pharmaceutical Corp.—Senate hearings uncovered plunder and corruption, however, it cannot even be deliberated in the plenary for lack of support in the Senate.

“With an opposition of one, and a possible minority bloc not much larger, we can expect that the situation will get even worse under the incoming Congress,” Iglesias said.

Last Wednesday (June 1), Hontiveros expressed hopes that there will be at least three in the minority bloc as talks between her, Aquilino Pimentel III, and more possible bloc members continue.

She said there are continuing efforts to reach out to other senators who may want to join the minority in the 19th Congress, specifically the Senate, stressing that “forming the bloc is the first priority”.

READ: Hontiveros reaching out to other senators to form Senate minority bloc

For Atienza, it is likely that Pimentel III might be one of the minority because his PDP-Laban wing which he said is the “original,” did not back President-elect Ferdinand “Bongbong” Marcos Jr.

But she stressed that until the split within PDP-Laban, he has often sided with the outgoing Duterte administration.

“The Cayetano siblings are also a question mark because while they seem to not support the incoming President, they are staunch allies of the Duterte administration. Hence, it is really Hontiveros who can rightly claim to represent the opposition,” she said.

Atienza said, “of course, it is possible to have allies within the Senate, especially some senators who do not wish to be branded as ‘lapdogs’ or ‘rubber stamps’ of the executive branch by certain segments of the public, particularly on controversial issues”.

For Iglesias, if other senators decided to become part of the minority, this might enhance their status as individual senators whose support would need to be wooed and sought rather than taken for granted by the ruling majority.

“It is not necessary to join the minority for that, however,” she said.

Senators would need to consider the downside. “It may be harder to muster support for sponsored legislation, for instance; they would also be passed over for key committee chairpersonships,” Iglesias said.

Tigno stressed that Marcos Jr. won by a substantial majority: “No one wants to go against that level of popular support.”

Not a simple fight

Atienza said the minority in the Senate and the House of Representatives is “important”.

“While getting much smaller compared to previous Congresses, they are important fiscalizers who can represent other sectors, especially basic sectors that are now grossly underrepresented in both houses trapped under traditional politicians, elite economic interests, and political dynasties,” she said.

Looking back, Pia Cayetano said in 2008 that the minority in the Senate will frustrate renewed efforts by Malacañang and their allies in Congress to revise the 1987 Constitution to extend the presidency of Macapagal-Arroyo.

Cayetano said then that five members of the new minority were among the signatories of Senate Resolution No. 599 filed in the 13th Congress, which charged as unconstitutional and opposed the attempts of the House of Representatives to unilaterally propose amendments to the Constitution without the approval of three-fourths of the Senate voting separately.

In 2020, Hontiveros and Pangilinan voted against the then controversial Anti-Terror Bill, saying that the measure’s definition of terrorism is “vague,” making it open to abuses.

“If security officials and law enforcers are doing their job, why will it take them long to file a case? Or, is the practice of arrest-and-detain-now, produce-or-invent-evidence-later still prevalent? As it was when opposition leader Jovy Salonga was arrested, detained, and charged in 1981?” Pangilinan said.

Hontiveros likewise said that “while all rights permit exceptions, I fear that certain provisions of the bill—specifically those allowing the preliminary proscription of suspected terrorist organizations prior to their being given an opportunity to be heard as well as those lowering the standard for warrantless arrest and detention—go too far and might lead to a number of pernicious consequences”.

‘The minority we need’

For Hontiveros, what’s clear now is that the minority must have a critical stance, whether it be in the Senate as an institution or in the executive branch, stressing that it is what “we must preserve and sustain”.

“It remains essential for the Senate to have a genuine minority. First of all, the Senate as an institution is known to be independent on many critical moments. There are those who raise their concerns, whether as individual choices or as independent institutional voices,” she said.

Iglesias said that what is important is an opposition that will push the legislature to develop the best policies through reasoned and robust debate, first of all, and to keep the president in check.

The lack of minority, she said, is just part of a bigger problem: elections are dominated by personalities and dynasties—there is a very weak political party system that would make the idea of a partisan majority vs minority meaningful in the first place.

“In theory, a minority of one can play an obstructionist role and slow down the passage of bills: for example, through a filibuster. The reality is that such tactics can only be used sparingly. Hontiveros is likely to need to gain tactical allies and foster positive relations with her colleagues,” she said.