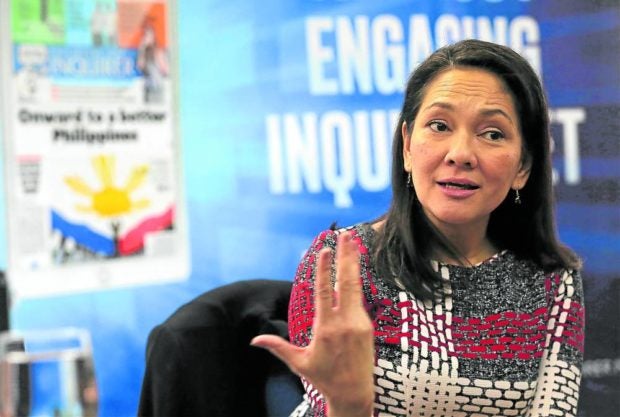 MANILA, Philippines — Reelectionist senator Risa Hontiveros on Friday said she is reaching out to other senators in a bid to form a “genuine” minority bloc in the Senate.

(No matter how many we become, what’s important for me is we, again, become a genuine minority.)

Hontiveros said she had a “productive”  talk with Senator Aquilino “Koko” Pimentel III and said they have also set another talk.

“I’ve spoken to Sen. Koko, and I’m glad that we’re both strongly inclined to form a minority together,” the senator said.

“I can’t speak for him here, but I’m glad na productive yung unang pag-uusap namin (our previous talks were productive), we’re setting a next one,” she added.

The lawmaker, who now appeared to be the lone opposition senator, said the talks will take some time before the formalization of the minority bloc.

Senate must have a ‘real minority group,’ says Koko Pimentel