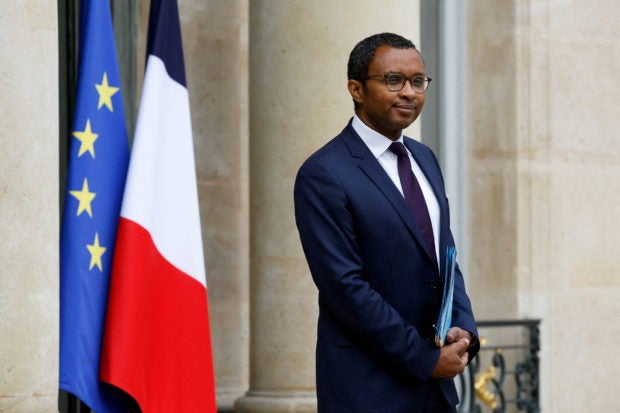 MARSEILLE — President Emmanuel Macron on Thursday defended his choice of Pap Ndiaye for education minister, a Black academic whose appointment rekindled a debate over France’s relationship with race and the colonial heritage of a country that cherishes its universalist tradition.

Ndiaye, a specialist in African-American history and minority rights and a newcomer to politics, has urged France over the years to confront its colonial past and said the country was in denial about police violence and discrimination.

That was enough for his appointment last month to trigger red flags for parts of the right, which dismisses the focus on social injustice as a U.S.-imported “wokeism” that it views as over the top.

The Merriam-Webster dictionary defines woke as being aware of and actively attentive to issues of racial and social justice, but notes that it also has been used by some as a pejorative for anyone who appears politically left-leaning.

French critics say such attitudes have no place in a country that sees itself as blind to color.

“He mixes up U.S. history … with French history,” Eric Zemmour, also a far-right candidate in last month’s presidential election, told CNews. “It matters because of the trend of wokeism, that comes from the United States … and wants to deconstruct French history.”

Ndiaye, the son of a Senegalese father and French mother, has studied and worked in the United States. He is only the second Black person to lead a key ministry in France.

Macron brushed off this criticism as he and Ndiaye visited a school in the southern port of Marseille on Thursday.

“He showed it through his studies, his academic career, his concern for equal opportunity,” Macron said, adding that it was key to “build unity while respecting diversity”.

Le Monde newspaper said in an editorial this week that some of the reaction to Ndiaye’s nomination showed France still had a struggle with racism.

“That the nomination of a Black man to a top ministerial post should have fuelled so much controversy shows that, beyond the political use the president of the Republic himself has made of it, France still has a long way to go before being truly ‘blind to skin colour’ as it claims to be,” it said.

While Zemmour said he regretted Ndiaye’s predecessor, Jean-Michel Blanquer, who had repeatedly criticised wokeism, Le Monde said in its editorial that what it called “Mr. Blanquer’s obsession with ‘wokism'” alienated many teachers.

“Mr. Ndiaye, on the other hand, advocates positions that are both universalist and sensitive to issues of inequality and discrimination, and much closer to the reality of the classroom,” Le Monde wrote.

Ndiaye has stayed clear of the controversy. But when he was appointed, he said: “I may be a symbol of meritocracy, but perhaps also of diversity. I take no pride in it, but rather a sense of duty and the responsibilities that are now mine.”