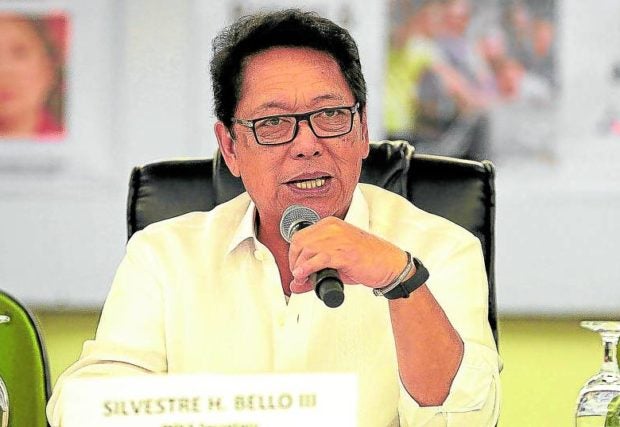 This came after DMW Sec. Abdullah Mama-o issued an Administrative Order on May 20, reassigning and designating 16 POEA officials, mostly division chiefs and directors, to new assignments.

According to Bello, however, Mama-o cannot order the reassignment of any officials and employees of the POEA pending the full constitution of the DMW, meaning, POEA continues to exist separately to perform their respective mandates.

In a memorandum sent to POEA Administrator Bernard Olalia on May 23, Bello also reiterated his instruction to maintain the status quo in the performance of the duties and responsibilities of POEA personnel.

“The POEA officials enumerated under DMW Administrative Order No. 56, Series of 2022 dated May 20, 2022, shall remain under the direct supervision and control of the DOLE Secretary and shall maintain a status quo in their daily operations,” Bello said.

Furthermore, Bello said that the DMW Administrative Order (AO) runs counter to the letters of Executive Secretary Salvador Medialdea and the Department of Justice Opinion issued by Secretary Menardo Guevarra.

“It [DMW AO] also unduly hampers the discharge and administration of functions, duties, and responsibilities of the POEA Administrator,” Bello said.

In the same order, Bello also warned officials and employees of the POEA who violate the Memorandum will face administrative sanctions, in accordance with existing Civil Service Rules and Regulations.