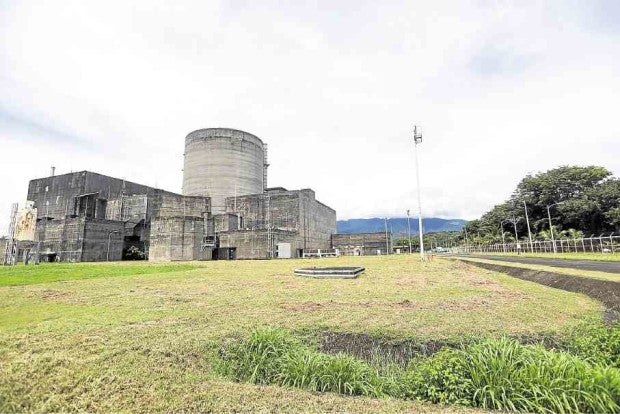 FILE PHOTO: Noted geologist Kelvin Rodolfo says the Bataan Nuclear Power Plant that the Duterte administration plans to activate a few years ago sits on an active earthquake fault, is located near the Manila Trench-Luzon Trough, and stands in the shadow of a volcano. INQUIRER/LYN RILLON

(The location of the plant is dangerous and nuclear power plants, in general, are not a good source of energy because of its radioactive waste.)

She also noted the possibility of further increasing the country’s already piled-up debt to accommodate the expenses for BNPP’s restoration.

(The country already has so much debt…and now, we’ll borrow more just for rehabilitation.)

Cabe also cited former nuclear accidents in the Three Mile Island in the United States, Chernobyl in Ukraine, and Fukushima in Japan to stress the potential dangers of adopting nuclear power in the Philippines.

The BNPP, a failed attempt of the late president Ferdinand Marcos Sr. to endeavor nuclear energy, has been a hotspot for criticism, especially since it is located near volcanoes and a fault line.

The talk about BNPP’s revival resurfaced after presumptive president Ferdinand Marcos Jr. mentioned the possibility of tapping power experts to look into BNPP and determine if it can still be reopened or if a new one should be constructed.