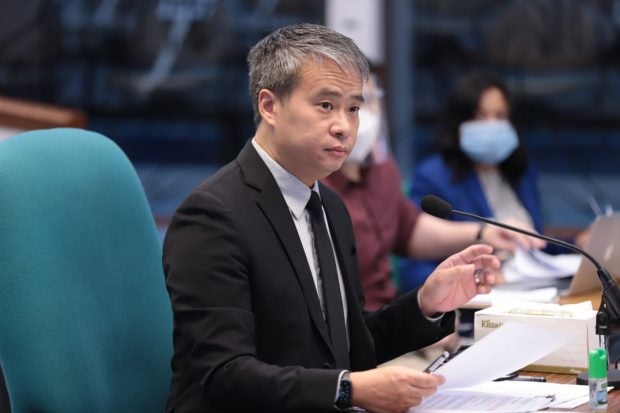 Villanueva made the remark following a recent directive from the DMW lifting the ban on the deployment of migrant workers to Saudi Arabia. The Department of Labor and Employment (DOLE), however, said that the ban is still in place.

The senator, who chairs the Senate committee on labor, employment, and human resources development, explained that directives – particularly on deployment bans – make overseas Filipino workers or OFWs vulnerable to illegal recruiters and fixers, thus, it would be appropriate for the DMW to cease from issuing orders since it is yet to be fully constituted.

“The transition period compounds a very delicate time for our migrant workers. Not only will a new administration impact this important sector, but global events such as the pandemic and the Russia-Ukraine conflict have far-reaching effects,” Villanueva noted.

“Let’s get our act together for our OFWs,” he added.

Villanueva, the principal sponsor and author of the Department of Migrant Workers Act in the Senate, also explained that under the measure, the DMW Secretary shall consult with the Advisory Board on Migration and Development and the Department of Foreign Affairs (DFA) Secretary before it decides any ban on the deployment of migrant workers.

However, the senator said this can only be undertaken when the DMW is fully operational.

Villanueva said that the new department will be fully constituted after the publication of the Implementing Rules and Regulations (IRR), submission of its staffing pattern to the Department of Budget and Management, and drawing up its budget in the General Appropriations Act for the first year of operations.

“The Transition Committee should aim for a speedy and orderly turnover of functions to the DMW during the transition period while ensuring no interruptions to OFW services,” he said in a statement.

“Confusion and delays during this period will be at the cost of the livelihoods of our migrant workers,” he also said.

While Villanueva acknowledged that the transition committee is facing challenging tasks, especially since this year is an election year, OFWs “deserve a good and fresh start for the new department.”

“The faster the Transition Committee complies with the requirements of the law to constitute the DMW, the sooner we deliver our promise of dedicated service to our OFWs,” he said.

“Our job in government is to provide the Filipino workforce with training and skills, and then help them find jobs and flourish wherever they choose. But it is also our job to make the Philippines the best place to work for Filipinos,” he added.