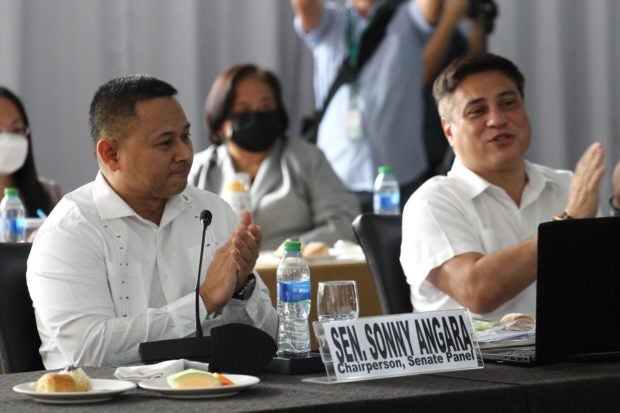 “Whoever becomes SP (Senate President), I will recommend that Sonny Angara is maintained as finance chair,” he added.

Earlier, Angara said he was open to “giving up” his committee chairmanship as long as it is acceptable to all members of the Senate majority bloc of the incoming 19th Congress.

But Angara also said he believes in the upholding of the equity of the incumbent—where incumbent senators are given priority on committee chairmanships.

During Monday’s interview, Zubiri was also asked about the Senate presidency for the upcoming Congress. He was reportedly among possible contenders for Senate president.

The Senate majority leader did not elaborate details regarding discussions on the Senate presidency, as he kept mum about a likely sharing of term for the post.

READ: Zubiri mum on term-sharing for Senate president: I don’t want to jinx anything

“We will discuss it like discerning adults and hopefully we’ll come up with a conclusion on who will lead the supermajority for the next Congress,” he added.