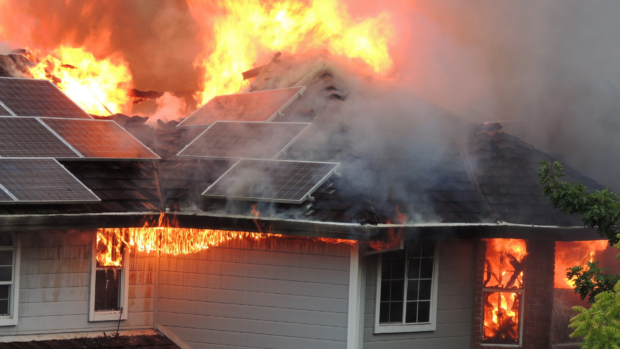 Though relatively small compared to major rural wildfires in the western states, the fire spread rapidly across the ridges of the Orange County community with afternoon winds.

“I can safely say that at least a half a dozen homes were on fire and most likely lost. I’m confident that that number is probably higher,” Fennessy said.

The Orange County Sheriff’s Department ordered evacuations for at least three streets and announced a voluntary evacuation for others.