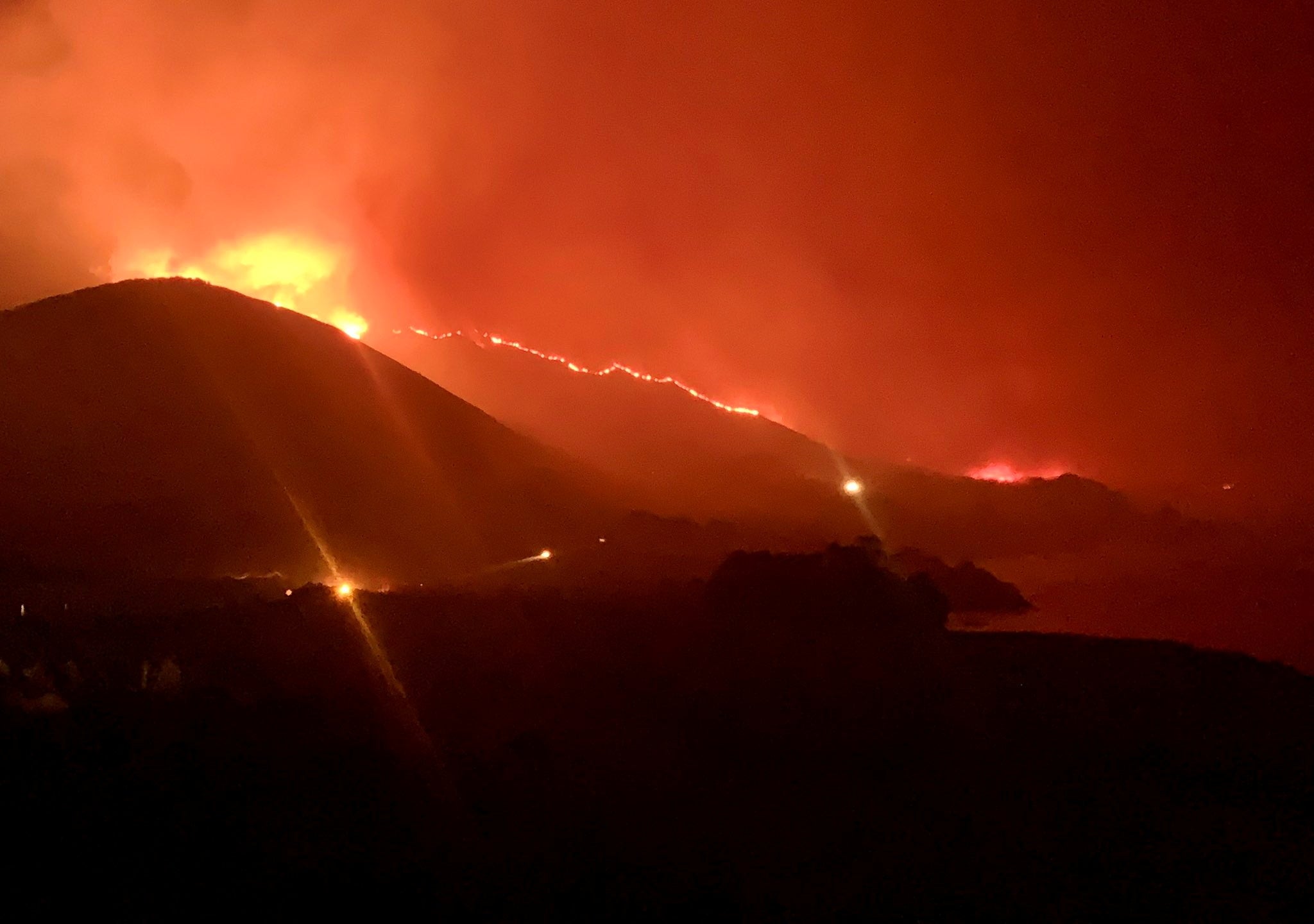 Wildfire burns in Rocky Point, Monterey County, California, U.S., in this handout photo taken over the night of January 21st or 22nd, 2022. DEBI LORENC/Handout via REUTERS

WASHINGTON — A 1,500-acre fire near the coastal community of Big Sur, California has triggered evacuations and the closure of the section of a major highway, state and local officials said on Saturday.

The Colorado Fire, which has been active since Friday, was 5% contained, the California Department of Forestry and Fire Protection (Cal Fire) said.

About 430,000 people live in the area where the fire is blazing in Monterey County. It was not immediately clear how many people lived in the evacuation area.

California has long had an active wildfire season, but in recent years, amid climate change, it has grown longer and more punishing.

The Colorado Fire is the only fire listed on Cal Fire’s incident list so far in 2022.

This year, California is also grappling with the Santa Ana winds. A high wind warning was in effect for the area, with possible gusts of up to 70 miles (112.65 km) per hour, according to the National Weather Service.