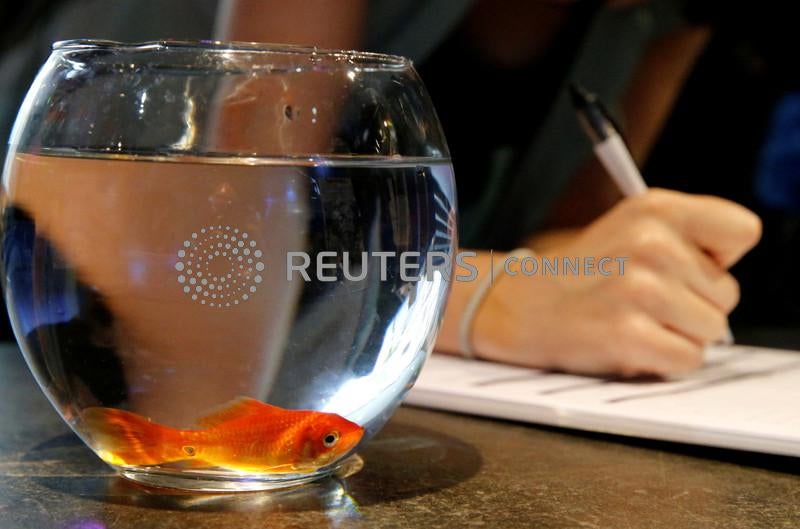 PARIS — A leading French aquarium vendor has decided to stop selling round fish bowls because they drive fish mad and kill them quickly.

French pet care market leader AgroBiothers Laboratoire will no longer sell any aquariums with a capacity of less than 15 liters and only rectangular ones, as putting fish in small bowls without filtration and oxygenation is animal abuse, it said.

“People buy a goldfish for their kids on impulse, but if they knew what a torture it is, they would not do it. Turning round and round in a small bowl drives fish crazy and kills them quickly,” AgroBiothers CEO Matthieu Lambeaux told Reuters.

Gold fish can live up to 30 years and grow to about 25 cm in big aquariums or outdoor ponds, but in tiny bowls they often die within weeks or months.

He said gold fish are social animals who need the company of other fish, ample space and clean water, and that having an aquarium requires a minimum of equipment and expertise.

France is Europe’s number one market for red aquarium fish, with about 2.3 million fish, Lambeaux said.

Germany and several other European countries have long banned fish bowls, but France has no legislation on the issue.

“It is a French anachronism, that is why we decided to move. We cannot educate all our customers to explain that keeping fish in a bowl is cruel. We consider that it is our responsibility to no longer give consumers that choice,” Lambeaux said.

AgroBiothers, which has a French market share of about 27% in pet care products, sold about 50,000 fish bowls per year at about 20 euros a piece in previous years.

“There is demand for fish bowls, but the reality is that what we offer children is the possibility to see gold fish die slowly,” he said.