Cayetano thanks Duterte for ending ‘e-sabong’ 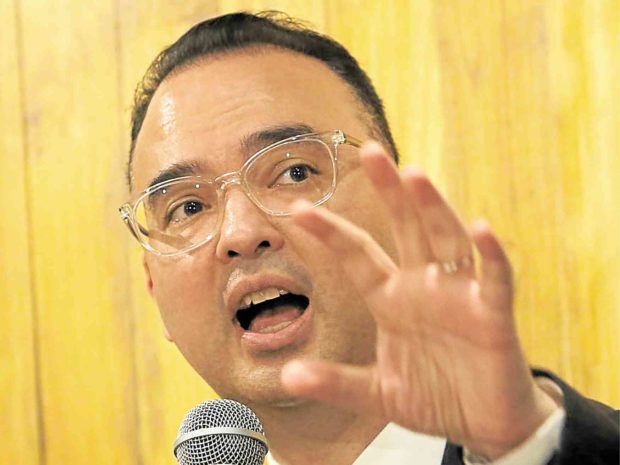 MANILA, Philippines — “The Bible says a man reaps what he sows. E-sabong may have been generating some income for the government, but the cost has been too heavy on the lives of the people.”

Quoting from Galatians 6:7 in the Bible, former Speaker Alan Peter Cayetano expressed his gratitude to President Rodrigo Duterte for putting an end to e-sabong (online cockfight) operations in the country, saying it was an affirmation of the Filipino values that keep the country strong.

“We want to thank God for molding our nation. We want to thank the President for hearing the effect on the values of our next generation. Maraming maraming salamat, Mr. President,” he added.

Duterte made the announcement to end e-sabong operations in the country in his “Talk to the People” address recorded on Monday night and aired on Tuesday morning.

Duterte cited the impact of e-sabong on persons and families, with reports reaching him that some people stay awake for 24 hours to bet on the games. Cayetano had warned about this last April when he said online forms of gambling make betting games available to everyone 24/7, making it necessary to restrict access to it, particularly for the youth.

The President also said e-sabong was “working against our values” — one of the main reasons Cayetano had been opposing it since September 2021 when the House of Representatives gave a franchise to the first e-sabong operator.

“The recommendation of (Interior) Secretary *Eduardo) Año was to do away with e-sabong… So, since it’s his recommendation and I agreed with it and it’s good. So e-sabong will end by tonight (Monday night),” the President said.

“Sa totoo lang, sometimes I felt like a voice in the wilderness because I kept talking against e-sabong even when some people were telling me to stop kasi may nagagalit na daw,” Cayetano said.

“But President Duterte’s decision solidifies our position that e-sabong is harmful to the people and to the nation. What the government earns from these online gambling operations pales in comparison to the losses the people incur in terms of gambling debt, crime, the breakup of families, and much much more,” he added.

Cayetano had consistently called for the complete banning of e-sabong, saying it was inconsistent with the values of the Filipino people who value faith and family more than anything else.

He pointed to the rising number of crimes related to e-sabong, including the disappearance of 34 sabungeros early this year with some police officers allegedly involved. He also cited the cases of some police officers resorting to robbery and of a woman who sold her baby — all to pay off their gambling debt.

Cayetano said this is the reason he has been firm in his stand that e-sabong and all other forms of internet gambling must be banned altogether.

The former Speaker thanked those who stood with him in the fight against e-sabong, particularly faith-based groups that consistently expressed opposition to the online activity.

He also expressed appreciation to the Senate which had conducted an investigation on e-sabong and the disappearance of the 34 persons engaged in it.