Pacquiao believes he can pull off upset in presidential race 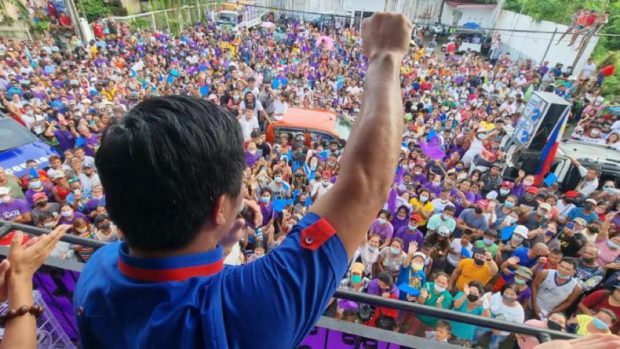 MANILA, Philippines — Promdi presidential candidate Sen. Manny Pacquiao said that his sorties in the last three weeks of the campaign have galvanized the support of the country’s poor and the so-called silent majority on his bid for the presidency.

The retired boxer believes he will be able toget votes in Northern Luzon, Eastern Visayas, and Central Mindanao and might even emerge as the “dark horse” in the May 9 presidential race.

Asked in a news conference if he agrees with the label, Pacquiao felt apt at this point of the campaign.

Inspired by the huge crowds of Filipinos who voluntarily attend his recent sorties in the Ilocos region, Leyte and Samar, Cebu, Lanao del Sur, Zamboanga peninsula, and Misamis Oriental, Pacquiao said he expects the masses, comprising of ordinary and poor citizens, to spring up a surprise against survey-leading rivals.

Idolized by millions of Filipinos who are thankful for his sacrifices in the unprecedented honor he has given the country in international sports, Pacquiao will continue to barnstorm areas in Visayas and Mindanao.
He is the only Visayan-speaking and Mindanaoan candidate among the presidential bets.

After his sorties in Central Mindanao, Pacquiao is in Cebu for a series of caravans and “people’s rallies.” 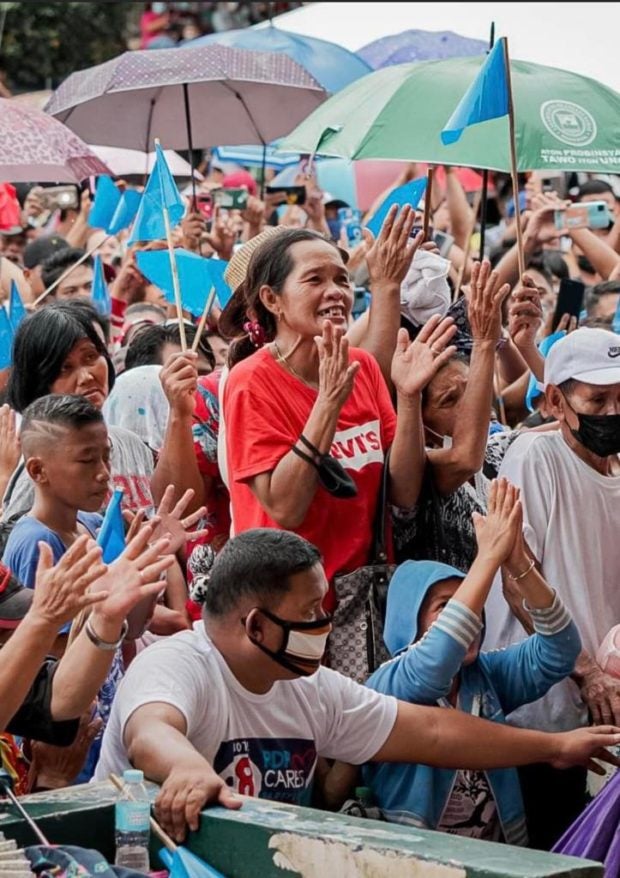 (You saw the crowd for yourself, they were not fetched; neither snacks nor water was offered. They waited for almost a day starting in the afternoon until we arrived late at 10:30 yet they were still there, almost 30,000 of them.)

Pacquiao’s motorcade that proceeds to rally sites is always held up by the thick crowd of supporters waiting for him along the streets during all his campaign events.

In his rallies, Pacquiao did not have big-time celebrities to draw crown and only had his wife Jinkee who often belts a song or two to entertain his supporters.

The beloved Mindanaoan senator said Filipinos representing the “D and E” class have grown tired and unconvinced of the promises of a better life from traditional candidates. 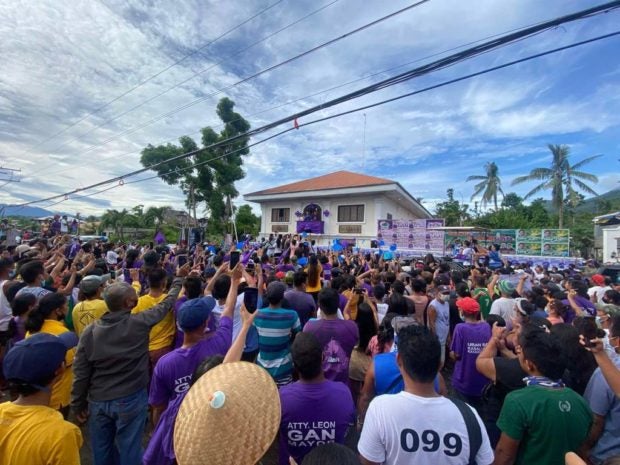 (The people are truly clamoring for change and they feel in their hearts that MP is their hope for true reforms).

Pacquiao has vowed to strongly pursue his strategy of ending corruption in government to retrieve huge government funds that will finance a massive free housing program for the homeless and beef up the economy to provide jobs to the unemployed.

(My commitment is not to the people but to God. I do not aspire to become even more famous or acquire power. I aim to put an end to those abusive in government).

Pacquiao has blamed corruption as the real reason why the country remains very poor and Filipinos continue to wallow in extreme poverty.

Pacquiao mum on defection of supporters from other camps