US inmate and jail officer suspected of fleeing together 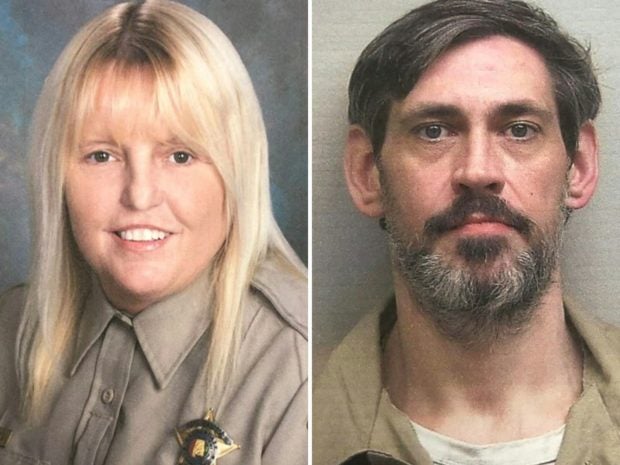 WASHINGTON—US law enforcement was searching Monday for an Alabama murder suspect and a female corrections officer who authorities say participated in his escape, warning that both individuals were extremely dangerous.

Early on Friday, inmate Casey White and officer Vicky White — who are not related — both left the Lauderdale County Jail where he was being held to face murder charges.

Vicky White told colleagues they were headed to court for a psychological evaluation of the prisoner.

They never arrived, and suspicion rapidly grew that the two Whites had committed a brazen escape.

On Monday Lauderdale County Sheriff Rick Singleton told reporters that an arrest warrant had been issued for Vicky White “for permitting or facilitating an escape” of an inmate.

He said Casey White, 38, was “handcuffed and shackled” as he was put into a squad car, and that the corrections officer convinced colleagues she was the only firearm-certified officer available to transport White.

Singleton said there was “absolutely” a possibility the two were romantically linked and that authorities were investigating any connections between them.

“We know she participated” in the escape, Singleton said of officer White. “Whether she did that willingly, or if she was coerced or threatened somehow to participate in this escape, not really sure.”

The US Marshals Service, a federal agency that assists in searches for violent fugitives, has deemed Casey White a “serious threat” to the public and to the corrections officer, and has offered a $10,000 reward for information leading to his capture.

Sheriff Singleton said there were several facts about Vicky White that suggested potential signs of her involvement, including the escape occurring on what was described as her final day of work.

“She was to retire that day,” Singleton said of the “exemplary” officer with 17 years of experience in corrections. “Nobody saw this coming.”

White sold her house about a month earlier and had told colleagues of her desire to go to the beach, Singleton said.

“We just hope that this has a good ending.”

Casey White was charged in 2020 with capital murder in the stabbing death of a 58-year-old woman. White confessed and was awaiting trial in the Alabama jail when he disappeared, the US Marshals Service said.

“He has nothing to lose,” Singleton said. “He is extremely dangerous.”

Scientists: Alcatraz escapees could have survived