The three persons deprived of liberty (PDLs), who escaped at  around 1:20 a.m were identified as:

-Pacifico Villaruz (convicted of frustrated homicide and violation of Section 15 Article II of Republic Act No. 9165 with pending homicide case)

NBP officers said that the three inmates escaped by “sawing the grilled bars of their window.” 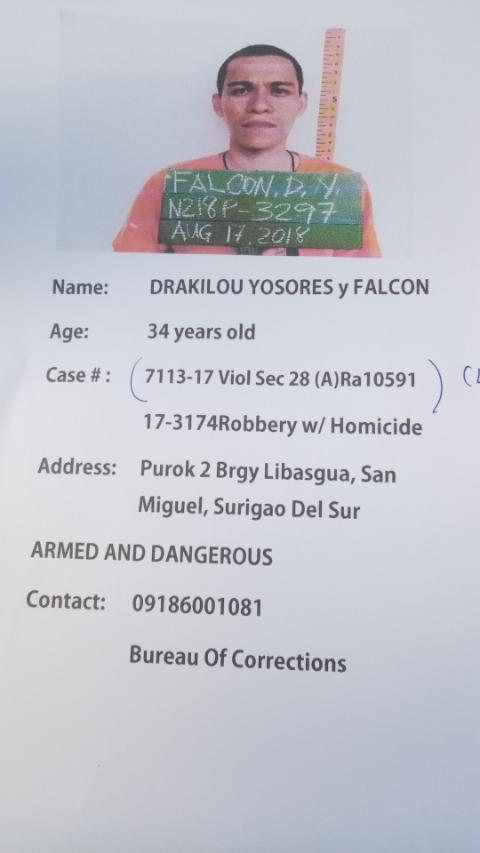 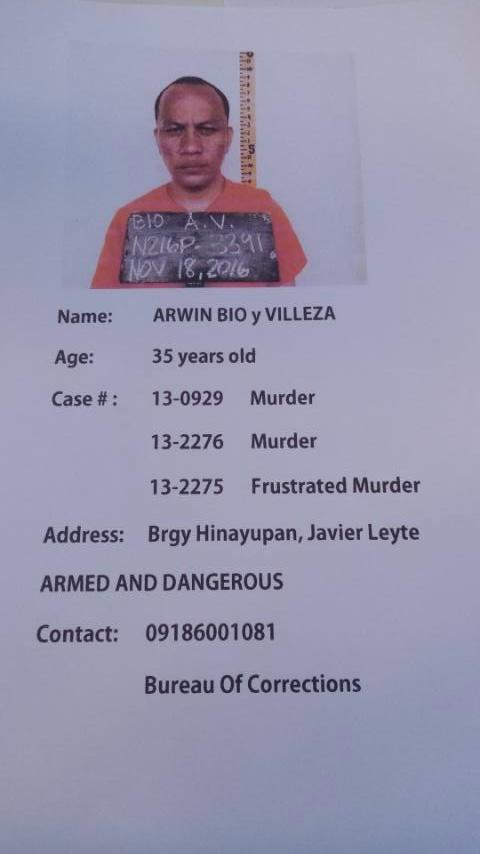 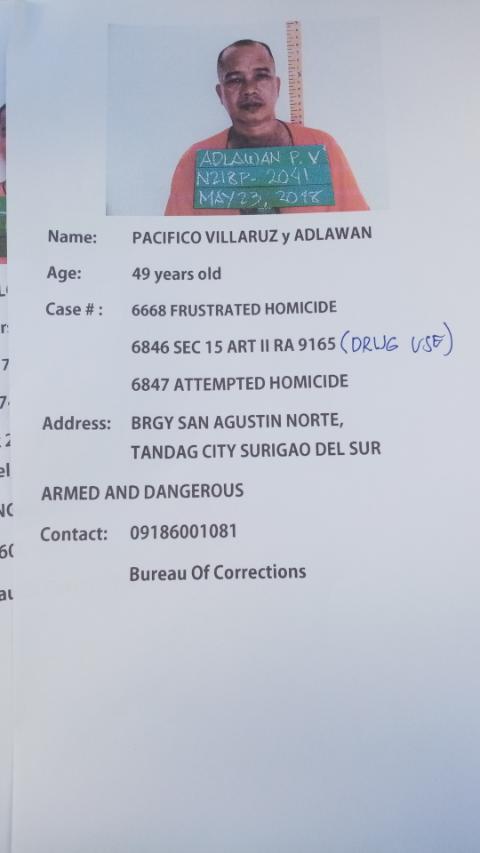 Initial investigation showed that the three inmates shot the duty guard at Gate 4 (near the tower) and proceeded to Gate 3 and shot  another prison guard before fleeing to Sitio Magdaong, NBP Reservation Area.

Three NBP officers and an inmate were wounded and brought to Ospital ng Muntinlupa.

The Muntinlupa City police’s Special Weapons and Tactics and the Tactical Motorcycle Riding units were deployed in the area to conduct pursuit operations and conduct and investigation.